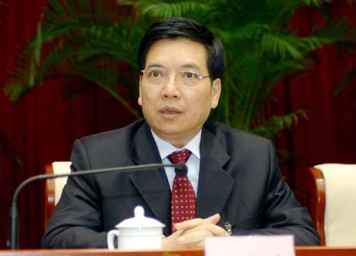 Yunnan Governor Qin Guangrong met yesterday with representatives of environmental non-governmental organizations (NGOs) and local officials from biodiversity hotspots around the province to deliver a message of cooperation, according to a Xinhua report.

"The government has the same goals with the NGOs in terms of environmental protection. They don't have a hostile relationship. They can communicate and cooperate on environmental and biological diversity protection," Qin told the audience, which included representatives from the World Wildlife Fund (WWF), The Nature Conservancy, The Mountain Institute and several local NGOs.

China's most geographically and biologically diverse administrative region, Yunnan was the first area of China to allow international NGOs to establish operations. As a result, there are numerous international and local NGOs in Kunming, many of which are focused on environmental and biodiversity issues.

Qin pledged to put biodiversity protection at the top of the provincial government agenda this year, he said. In addition to NGO representatives, officials from the areas of Diqing, Lijiang, Nujiang, Dali and Baoshan were present to discuss how to preserve biodiversity vis-à-vis the province's rapid development.