Liu Xukai (刘旭凯 or Imsuke6 on Instagram) is a data engineer by day and a photographing adventurer by night. Through his lens, the beauty of Kunming blooms in an altogether new form. We talked to him about his work and inspiration. 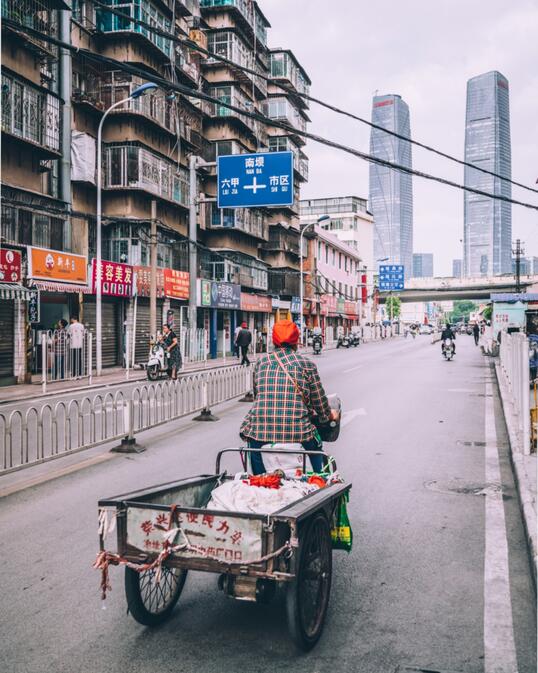 When I was a kid, I found beauty by racing through the streets and around the corners of Kunming. As I got older, the impulse to record these city scenes grew. So, I bought a camera and began to take photos. In search of those particular urban scenes, I discovered a different Kunming. In learning and practicing photography from this perspective, everything in this city has become particularly attractive to me. 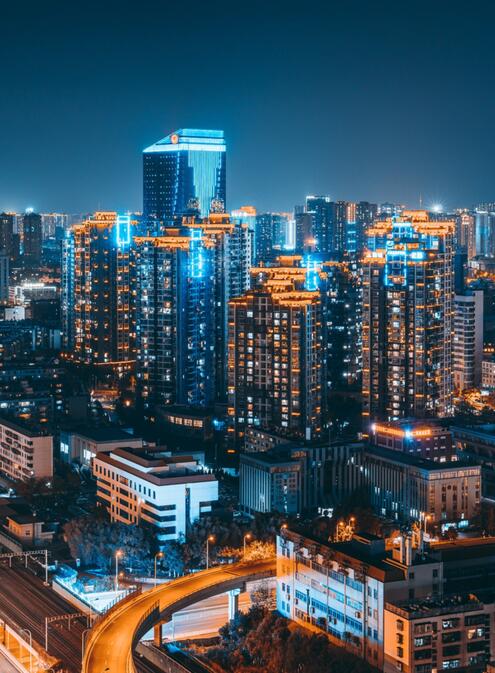 Setting out to capture the city

Liu Xukai is a Kunming native. By chance he got into photography, when he discovered Instagram and the particular style of photography of the platform. At the time Instagram wasn't very well known in China but by coincidence he met some photographers who shot in Instagram style. The urban landscapes found on Instagram are defined by tight angles, brilliant night lights, and various architectural styles full of details and tonality, which in effect makes viewers change their perspective and look at their residence with new eyes. 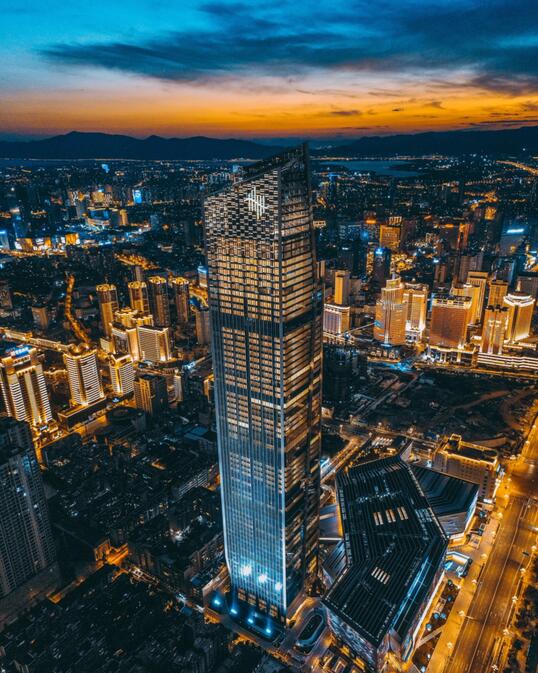 For Liu Xukai the Instagram style was love at first sight, and he decided to start making his own images and share them on the platform. Since then he has learned a lot from seeing other people's urban photography work. In the weekend and after work, he goes out to explore. He climbs, sometimes to the roof of the buildings, and takes photos of the city. The results are compelling pictures that tell a different story of our city. Later on he got a drone, so he could take even more sweeping pictures of the cityscape. Through his lens, we can see the spring city not only as 'the city of flowers', but also discover the sometimes surprising beauty of its modern urban fabric.

Most of the scenes he picks out are closely related to his own life. Some are buildings he has been passing since childhood, some are landmarks and public buildings. They are the places where he lived and that he grew up with. The city is constantly changing and the camera can be used to capture fleeting moments in its history. Liu Xukai stressed that there is no specific story he wants to tell – it is all about aesthetics. As long as it looks great, he wants to get the shot. 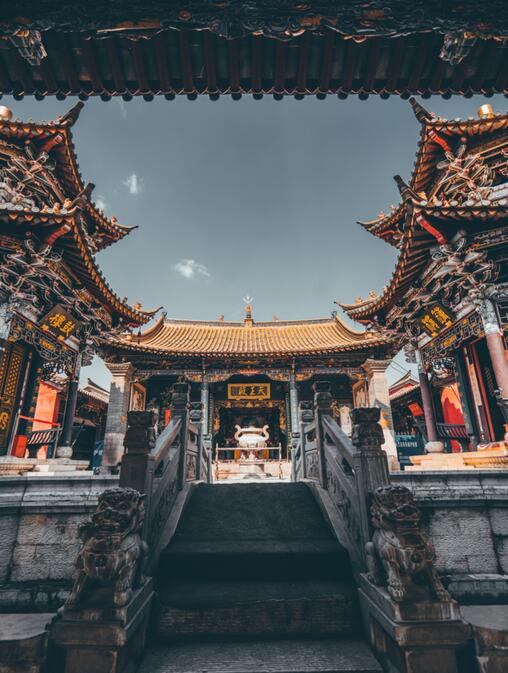 Climbing buildings was scary in the beginning, but gradually it became a habit and the fear subsided, until he got to actually enjoy the wind, the silence and the unique scenery from the rooftops. Sometimes it takes many shots before he has the one that expresses a scene in exactly the way he wants it to – he usually takes hundreds of pictures for a single scene. He continues to experiment with angles and compositions. As Liu Xukai says:

There is no best angle, just more or less attractive angles and structures under different light changes. So no matter how long it takes to shoot, how windy the shooting site is, and how terrifying it is to look down — when I finally get a satisfactory picture, that sense of achievement is out of this world. 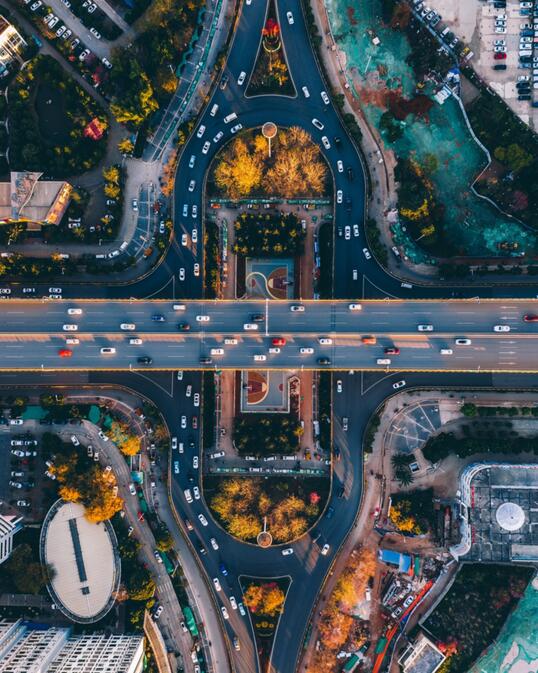 The first thing he wanted to photograph from the air after he got his first drone was an old plane that nobody knew about. When he was a child he used to go to Xishan to play and discovered an old plane, right by the Dianchi Lake. The place is inaccessible to most people and only from above can you have a full panoramic view of the plane. In preparation for this image he carefully considered the best time and angle to shoot. One early dawn, he climbed up to Xishan and pressed the shutter as the sun came up. When he went home to edit the picture, he was excited by the color and the light which were exactly right. It was his favorite picture for a while, until he discovered his second airplane. 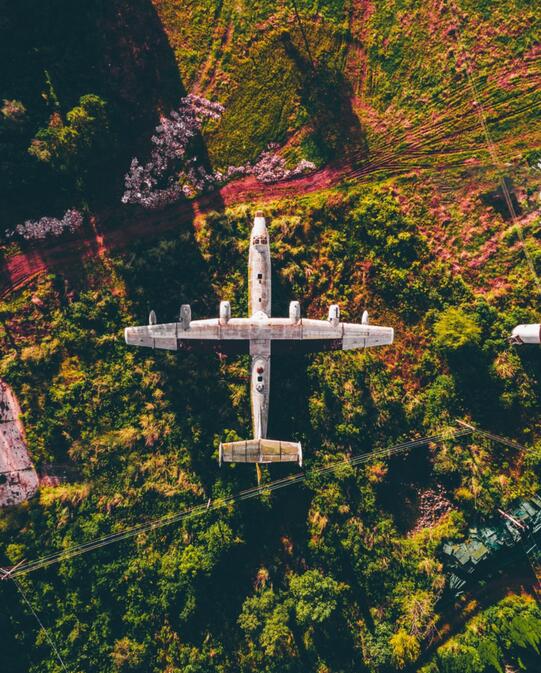 As a Kunming native, he sees it as his calling to take Kunming as the object of his photographic affections. There are other cities that might seem more suitable for urban photography at first glance, places with famous skylines such as Beijing and Shanghai. However it is also true that similar images could be made anywhere. And so it is with Kunming. When we look at the place where we live from another angle, we find that we can also put aside it's usual image and see it highlighted and moving in changing colors. Since 2019 Liu Xukai started visiting Chinese megapolises — to find inspiration and new directions for color blending. He has explored Beijing, Shanghai and Chongqing, places where he knows some people who could show him different techniques and angles. As he was learning from their particular styles of shooting, he discovered that they also had an attachment to their own city, one that matched his own commitment to documenting Kunming. He found that each city has its own temperament and style. He witnessed the different life stories of the people living there, their different temperaments and unique style. After all, he discovered that one's perspective and vision are limited and that the experience of travel and exchange gave him new inspiration. 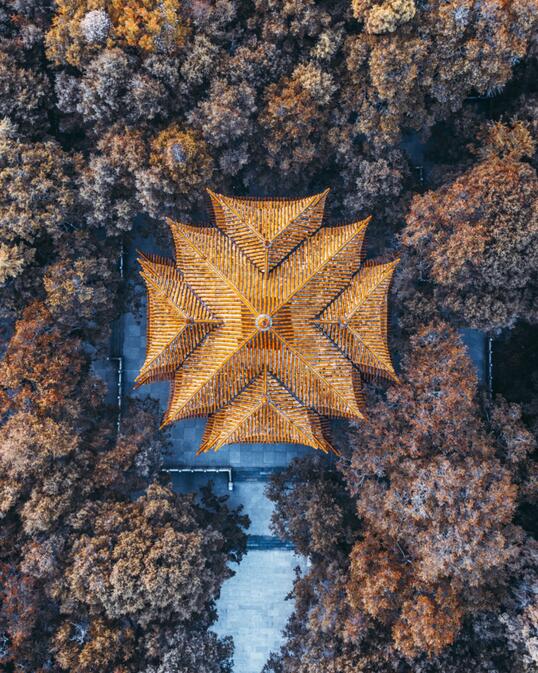 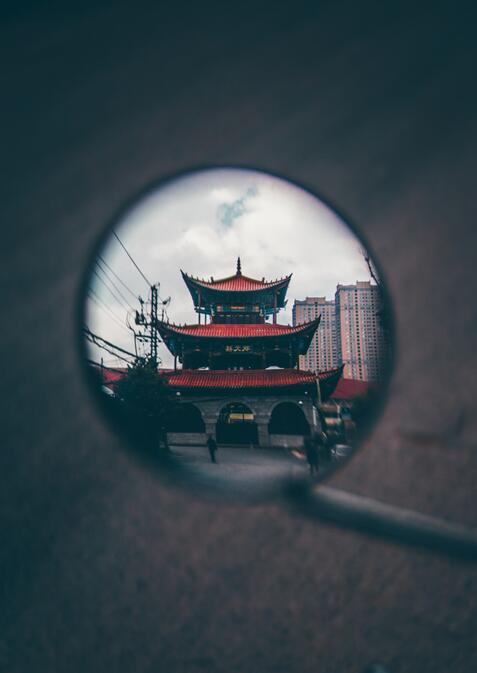 Liu Xukai first camera was a Sony A6000, later replaced by a Sony A7R3. He uses a yu2pro drone for aerial photography. You can find Liu Xukai — and his mysterious second airplane — on Instagram: Imsuke6 (proxy needed).

Scott Lai is a media intern at GoKunming. He is a creative who loves photography, video, writing, food and sometimes all four combined. 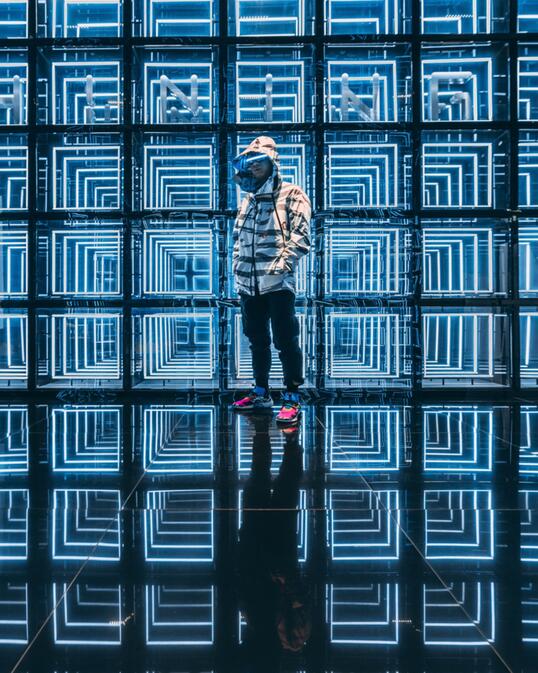 nice shots, seems like drones can do a surprisingly good job, I would have thought that wind etc would make it hard to hold the camera steady