In 2020, delegates from nearly 200 countries will meet in the capital of Yunnan province, Kunming, in southwest China. There, they will work to agree on a new framework to halt global biodiversity loss and protect the world's ecosystems. The talks will be crucial to restoring the planet's health.

According to WWF, there has been a 60 percent decline in mammal, bird, fish, reptile and amphibian populations over the past 40 years. Another recent study that reviewed the evidence on biodiversity suggested that 40 percent of insects are threatened with extinction in the coming decades from habitat loss, intensive agriculture, pesticide use and climate change. In the Asia-Pacific region, where fisheries are a key source of food, there may be no exploitable fish populations left by 2048 if current fishing practices continue.

In 2020, Kunming, the capital of Yunnan province in south-west China, will host the fifteenth Conference of the Parties (COP) to the Convention on Biological Diversity (CBD) — a key meeting with the goal of putting in place a post-2020 framework for global biodiversity protection.

It's currently fashionable among biodiversity negotiators to talk about "replicating the success of the Paris Agreement on climate change." However, without a full and accurate understanding of what exactly "worked" in Paris, CBD negotiations run the risk of adopting the appearance of the agreement, but not its true essence.

In order for the Kunming COP to succeed, China should aim for the conference to provide a Paris-style paradigm shift in governance for biodiversity. This will be a challenge for environmental diplomacy, but it would provide the foundations for lasting success. Solutions must be tailored to the problems of biodiversity protection — simply copying and pasting from the Paris Agreement will only mean more work for lesser results. 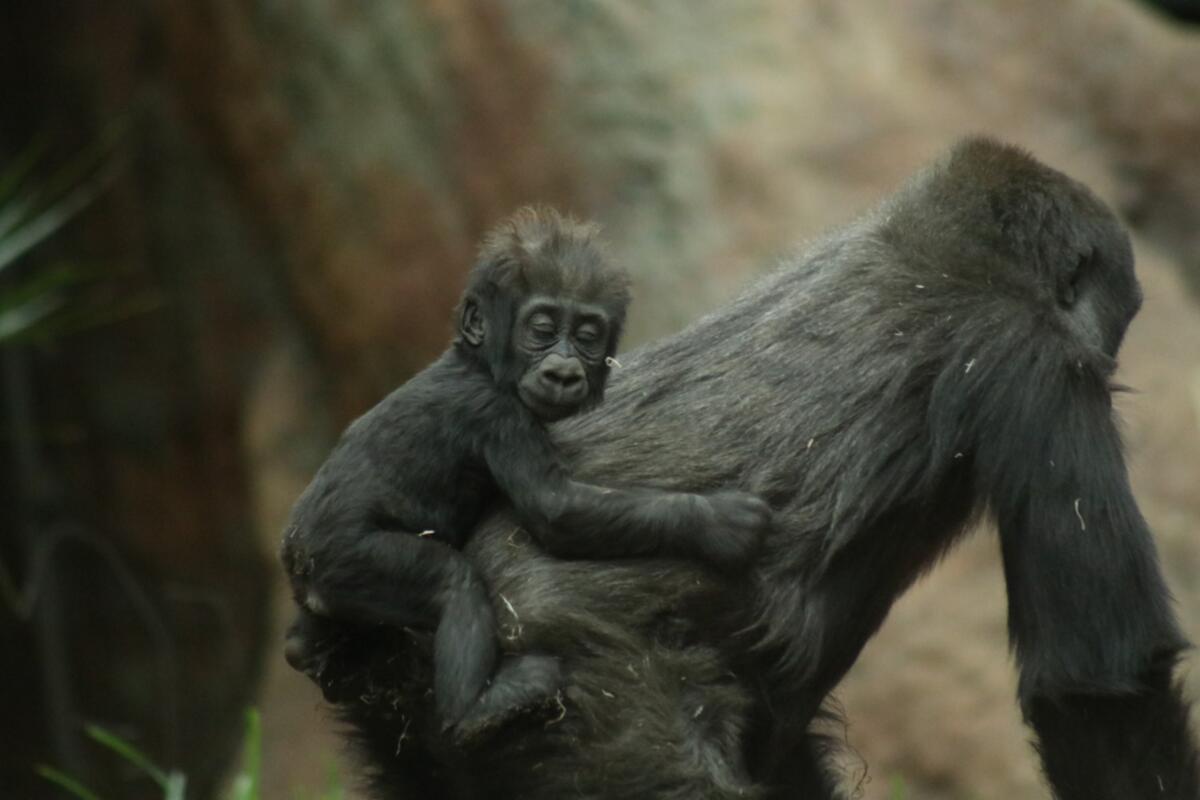 Firstly, the Paris Agreement did not make minor adjustments to multilateral climate governance. Instead, it crafted a new model, incorporating elements of both the "top-down" and "bottom-up" models — top-down global targets and rulebooks, bottom-up nationally determined contributions. We don't yet know how well the Paris Agreement will be implemented during these times of geopolitical change, but we should acknowledge how this new hybrid model has reinvigorated international climate governance.

The 2020 conference in Kunming is as important to the biological diversity process as the Paris meeting was to climate change. Therefore its outcomes should be able to match the weight of the historic occasion. It should avoid political window-dressing and reboot the negotiation process — as happened in Paris — by getting to the root of biodiversity loss. 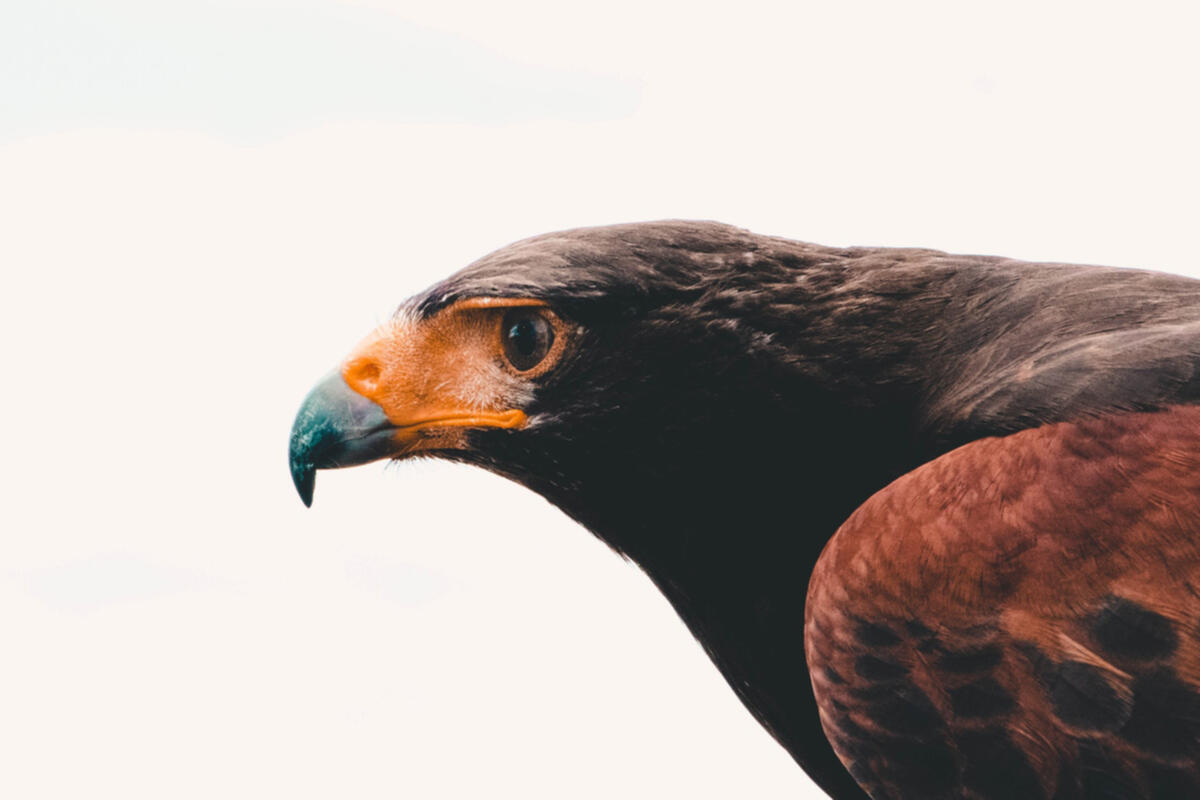 There are precedents to be wary of. The 2010 Aichi targets looked impressive but there was no obligation for countries to translate them into domestic legislation and policy. This doomed them to the status of a "vision", never to be fully implemented.

The key political contribution of Paris was its emphasis on being ambitious with both targets and mechanisms. Political restraints were broken when the 1.5 degree Celcius warming target was written into multilateral documents for the first time. This was due both to the boldness of the host nation and the diplomatic efforts of all. A breakthrough on mechanisms came when the old antagonistic developing/developed nation division was set aside and the rules of transparency, adaptation, finance, ratchet-up mechanisms and compliance were introduced or greatly improved.

Ongoing biodiversity talks have a tendency to prioritize targets over mechanisms. Too much energy is expended on designing the form and structure of global targets, at the expense of careful consideration of the scope and level of ambition of those targets. For example, whether there should be a quantifiable funding target, and if so, at what scale. 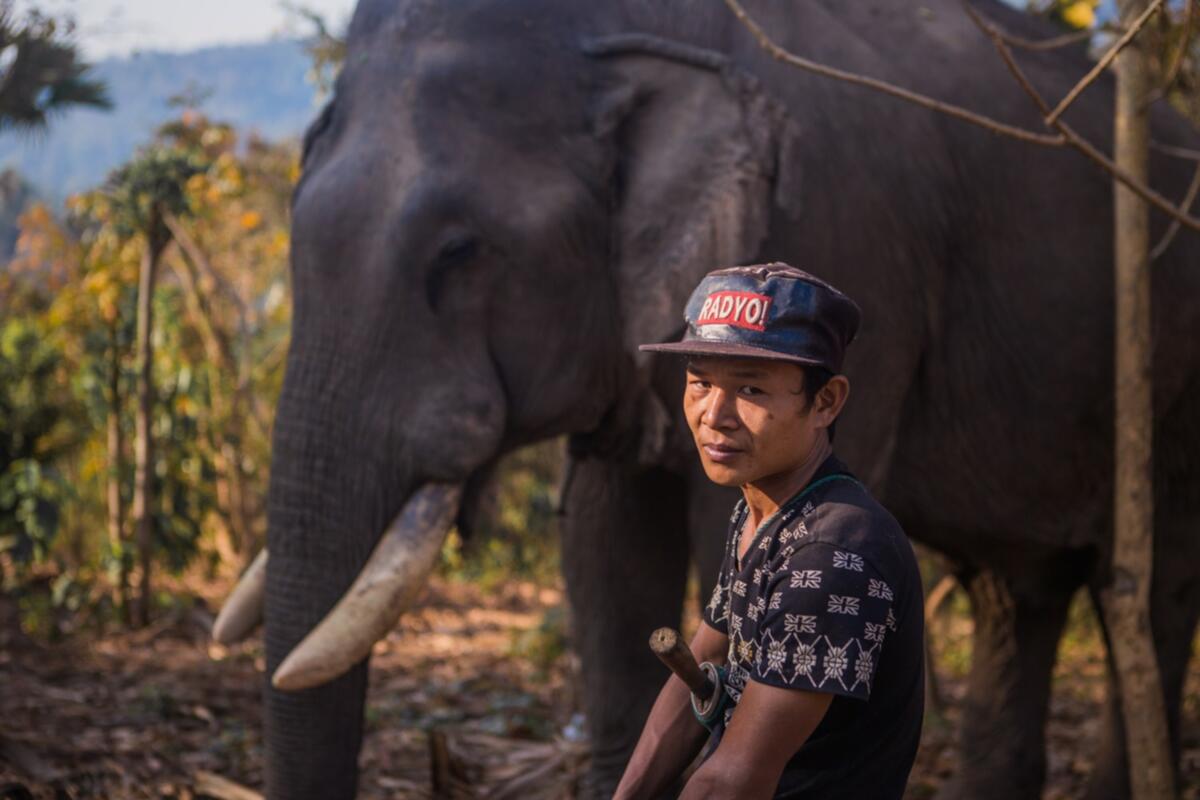 Paris saw success on both targets and mechanisms. The Kunming talks need to approach these two discussions carefully, or targets will be limited by political imaginations and no progress will be made on issues such as mechanisms and funding.

While the Paris talks were not lacking in turmoil, there was good control of procedural issues, in that the various components of the Paris package and their interlinkages were addressed in logical sequence. Rigorously managing such procedural issues determines the success or failure of multilateral talks, and there are procedural risks appearing in the biodiversity talks that urgently need to be tackled.

For example, the Conference on Biological Diversity (CoBD) is attempting to copy the nationally determined contributions (NDCs) of the Paris Agreement, and at CBD-COP14 in 2018 the concept of "voluntary commitments" was adopted. What sets the climate and biodiversity processes apart is that clear modalities were developedpage=2%22# for NDCs before countries submitted them ahead of Paris. As a result, questions such as who is supposed to submit NDCs, when and how they should be communicated, and what information they should contain, were all clearly defined.

The CoBD, on the other hand, has not defined these necessary modalities and does not enjoy the luxury of another COP before Kunming to set these rules out clearly. More worryingly, the process already has a policy tool for country-level implementation — the National Biodiversity Strategy and Action Plans (NBSAP). Throwing in the poorly defined concept of "voluntary commitments" does nothing to bolster implementation mechanisms and may lead to unnecessary confusion. If the idea is not widely accepted — which seems to be the case based on the latest submissions — there may be an embarrassing lack of such commitments being made in Kunming. 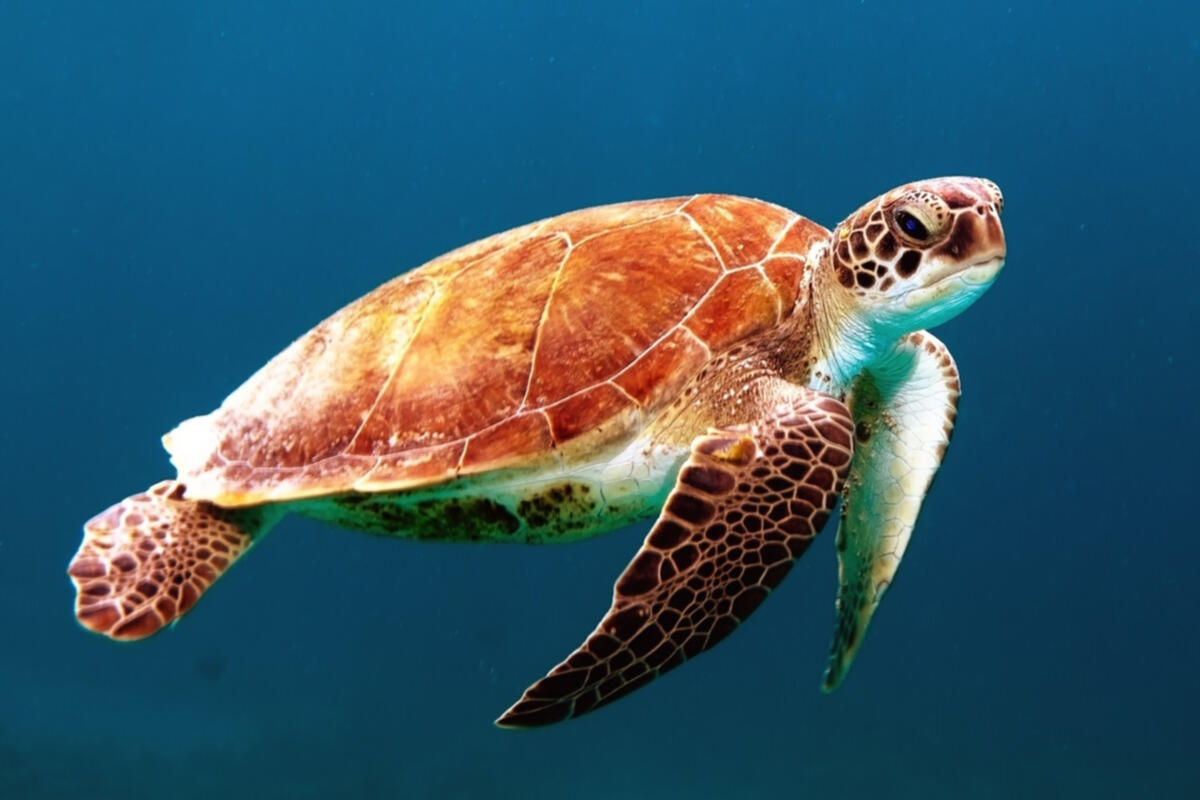 Furthermore, the relationship between the Sharm El-Sheikh to Kunming Action Agenda and the "voluntary commitments" is also not clearly defined. If these are two different concepts, then the need for multiple instruments serving the same purpose of generating momentum for Kunming should be questioned. If they are the same concept, then confusion has been created by the not entirely identical criteria set respectively for them. See the modalities for the action agenda here, and the modalities for voluntary commitments here.

Last, but not least, the impact of the Paris talks was also due to the host nation's long-term efforts. As soon as the agreement was reached, it was faced with important tests — bringing the agreement into force quickly, dealing with US withdrawal and with negotiations on the rulebook. Throughout the years since 2015, France has made sustained political efforts, providing the agreement with political resilience in the face of challenges and even setbacks.

But major international treaties are like children, in that giving birth to one is only the start of a long process. Many problems within the biodiversity process have been building up for years. These problems will not be solved in one fell swoop.

If Kunming is to be another success story for multilateral environmental treaties, China needs to be ready for an extended period of "after-sales service" to escort the post-2020 framework through any turbulence and setbacks that may arise. 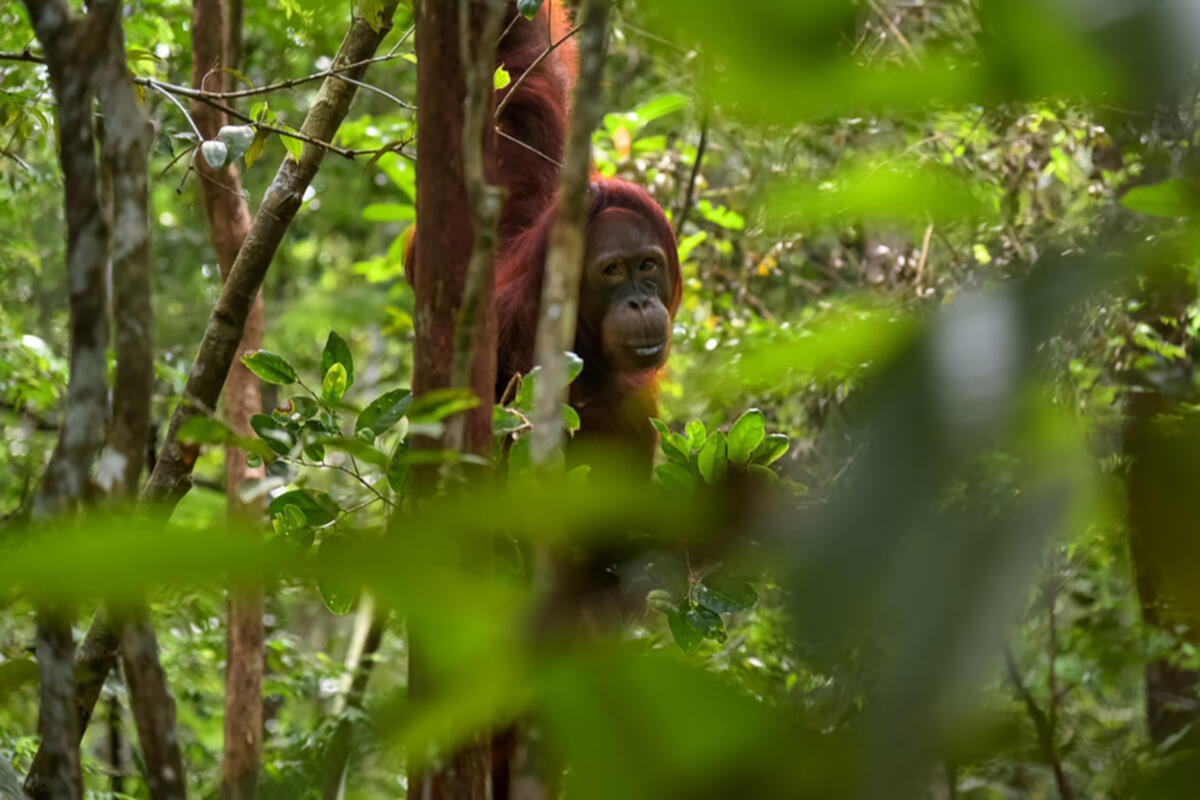 Editor's note: This article by author Li Shuo was originally published by the website China Dialogue under the title "Conference on Biological Diversity: What Kunming can learn from Paris". It is reposted here in accordance with Creative Commons' Attribution-Non-Commercial-NoDerivs 2.0 England & Wales License and 2.5 China License. The article has been adapted to fit GoKunming's format.

Moved to Rome, Italy as reported by Patrick Greenfield of The Guardian:

"Over the weekend, major international talks on biodiversity loss that were set to take place in China were moved because of the coronavirus outbreak.

The first round of negotiations for a Paris-style agreement on biodiversity, which had been due to take place in Kunming, Yunnan between 24 and 29 February, has been moved to Rome.

Biodiversity experts and government policy makers had been set to meet in the city in southern China to discuss plans to protect a third of the world's oceans and land by 2030.

The UN said the decision to move talks was made in consultation with the Chinese government."

The irony of hosting a biodiversity conference by host nation, then forfeiting in part due to illegal wildlife trade.

Wouldn't you say a new kind of virus adds to biodiversity though? Also in relation to biodiversity, I suppose there is some poetic justice in the virus killing humans.

I prefer biodiversity of fungi and gut flora microbiome, not the pathogenic kind... but yeah, you're right.