The species of primates was first discovered by scientists in the 1890s. Subsequently they weren't seen again, and thought to be extinct until 1962. 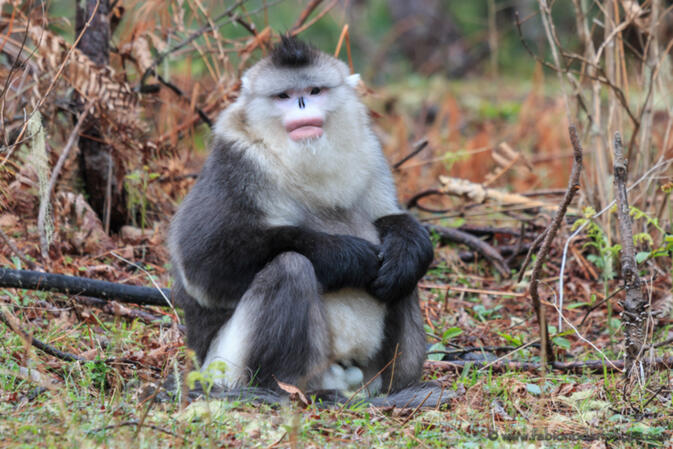 The Black Snub-Nosed Monkey was almost completely unknown by the scientific community until the 1990s. 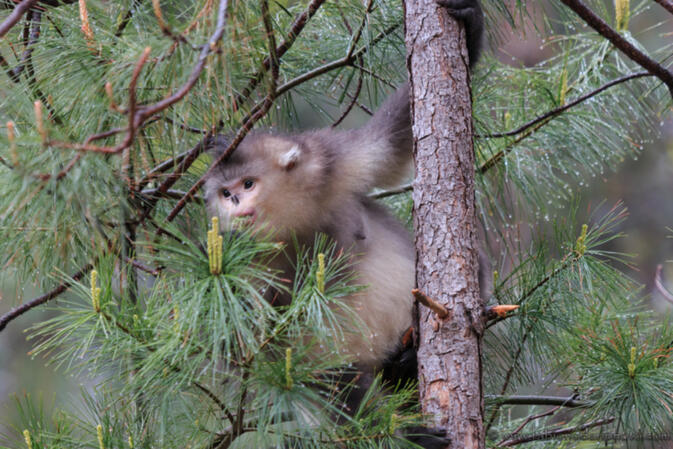 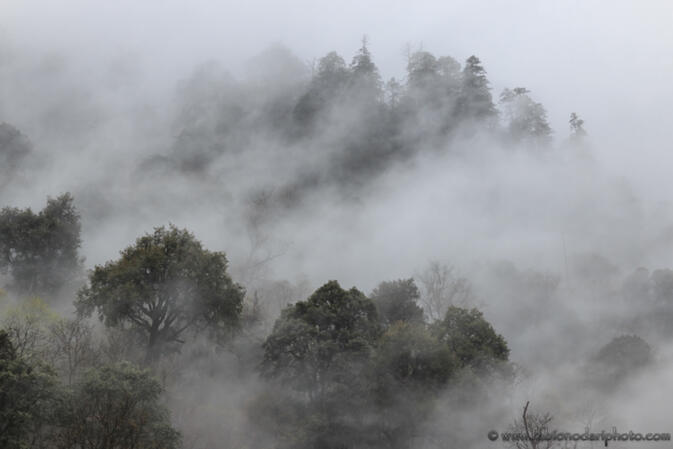 The Black Snub-Nosed Monkey lives in very large super-groups which are made up of several families. Each of them has a single dominant male with many females. 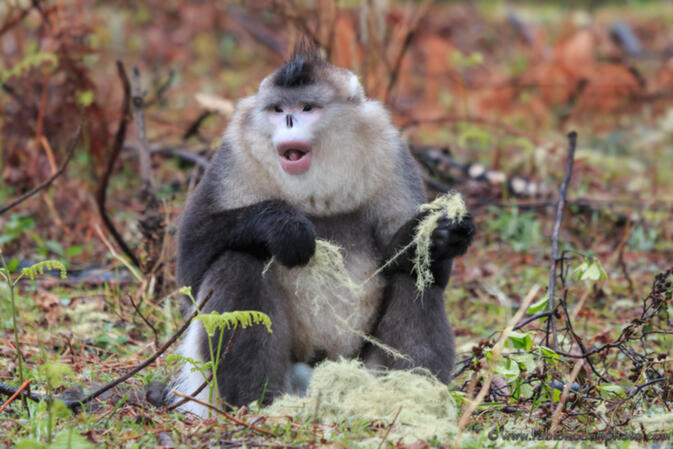 Their favorite food is the Spanish moss that grows abundantly in the remote forests of South China but it takes a lot to regrow, forcing the monkeys to move fast and look for new sources of food. 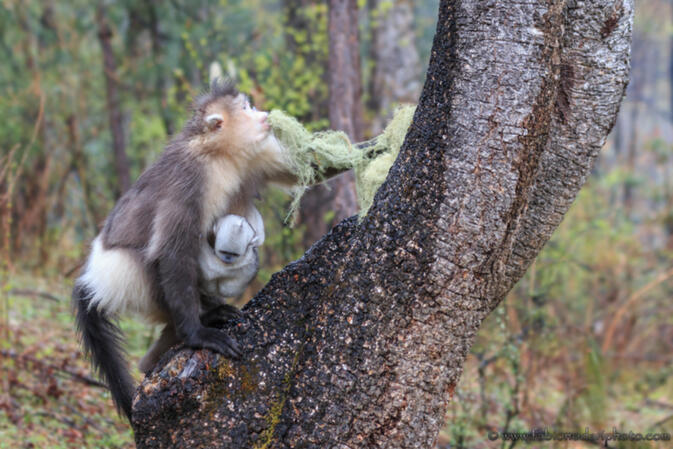 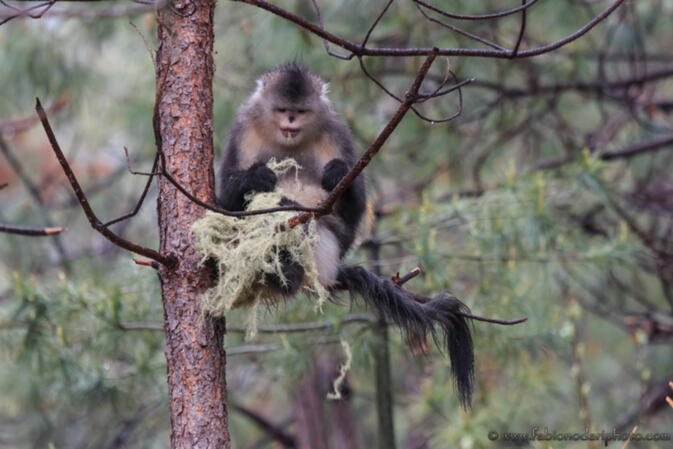 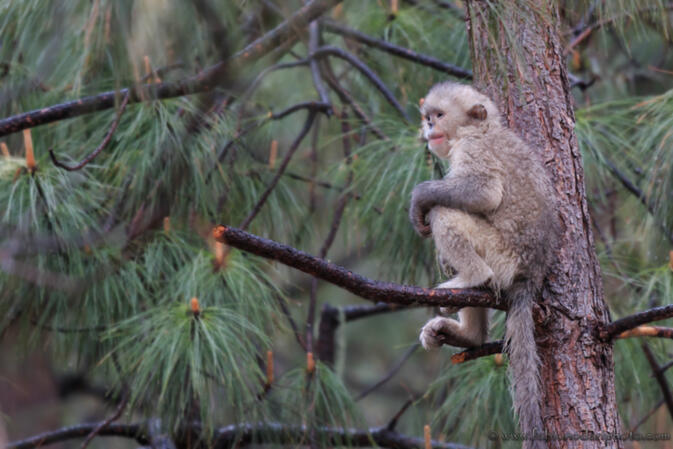 When it rains they sneeze quite often, due to their particular nose. 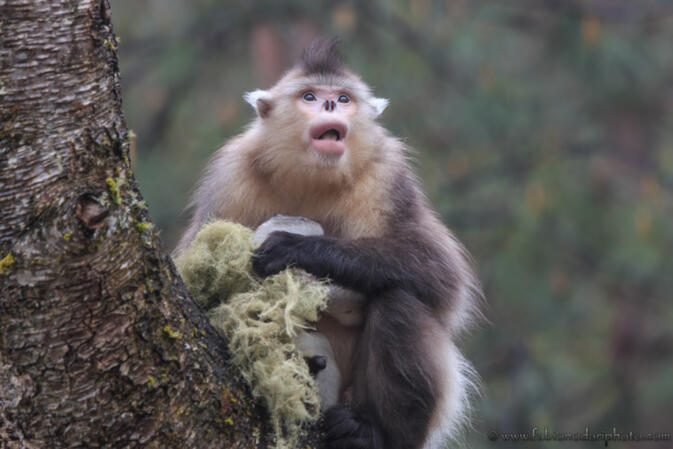 They give birth about once every two or three years. 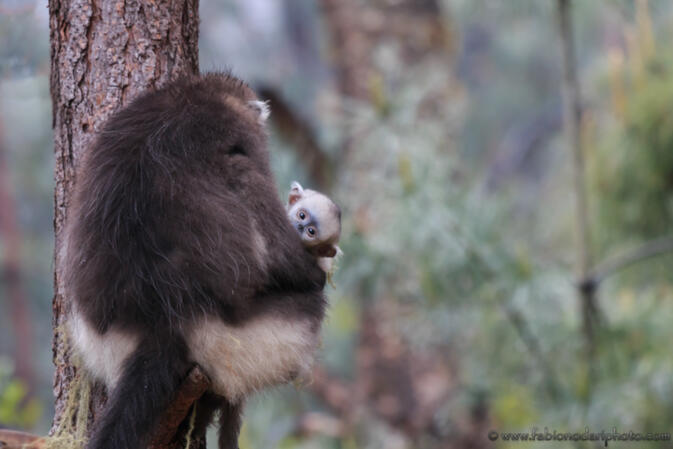 The biggest threats for this species are habitat loss (due to the illegal logging and removal of dead trees) and illegal hunting. 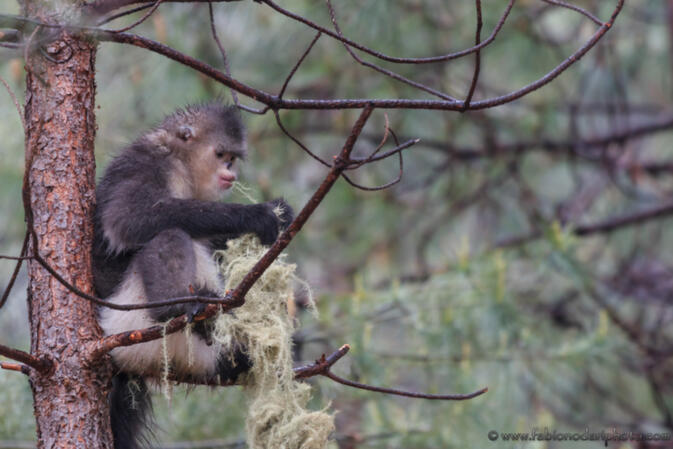 See the monkeys for yourselves

If you want to see the Black Snub-Nosed Monkey in the wild it's possible to do so.

You can take a bus from Lijiang to Tacheng (4 hours) and stay at guesthouse or hotel. In the morning you can see the monkeys, when the rangers feed them. It is not yet very developed as a tourist destination and no English is spoken.

Alternatively you can book a tour with a local tour operator.

Thank you for the beautiful photographs Fabio. We look forward to more Yunnan culture, wildlife, and landscape through your lens. Happy journeys with Vera.

Whether snow leopards, yaks, llamas, or these funky monkeys, the sheer amount of fur these guys sport at cold, high altitudes speaks volume of evolutionary natural selection and adaptivity of our mammalian kins.

Wow this is so interesting, thank you for the article, hope the monkey population increases

I think the monkeys will do their best