In terms of tourism, southeast Yunnan is not high on your average traveler's list of places to check out when planning a trip South of the Clouds. But for those intrigued by emblematic food and Yunnan's international connections from the fairly recent past, the city of Mengzi (蒙自) in Honghe Hani and Yi Autonomous Prefecture contains an interesting history found nowhere else in Yunnan.

Mengzi is perhaps best known as the birthplace of the province's most famous rice noodle dish. But the city was also enriched by its association with the colonial French operating out of what was then called Indochina. Mengzi, for a few decades at least, became the political, military and economic center of southern Yunnan. Today, many of the parks and architectural features that grace the city were either created or significantly improved during Mengzi's pre-World War II heyday. 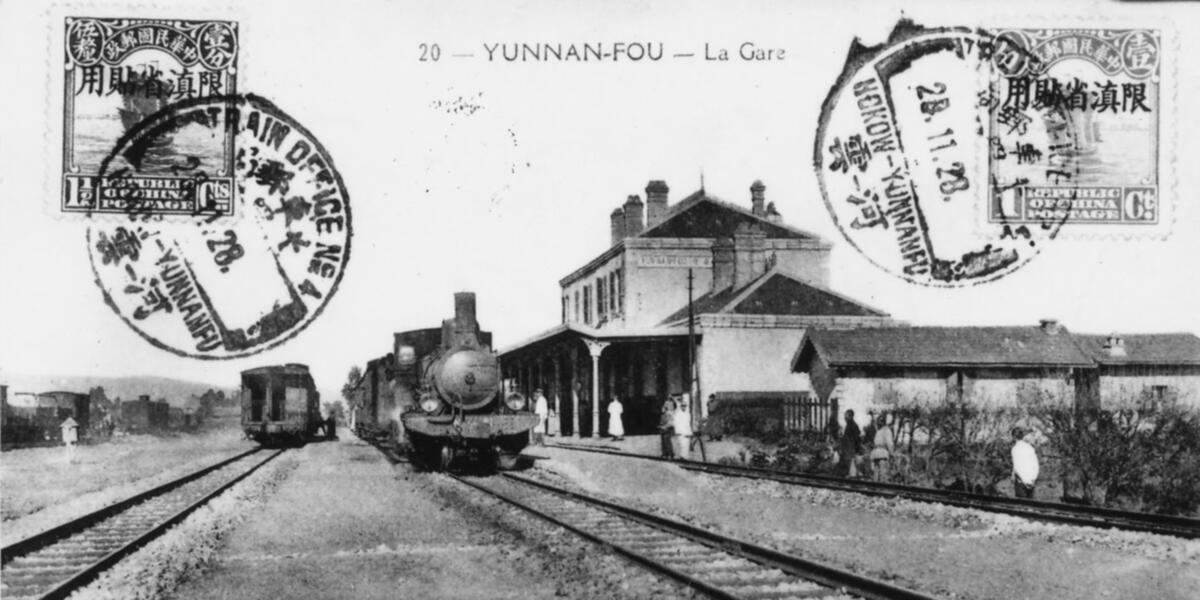 Postcard of the Kunming Railway Station from 1928

To understand Mengzi's unique historical story, a bit of geopolitical background is necessary. Beginning in 1887, the present-day country of Vietnam became a French colony, a position it would remain in until winning independence six decades later in 1954. During the late 1800s, Mengzi was the closest major settlement in China to the international border with the French possession.

Sitting roughly 170 kilometers from Vietnam and located within mule trek of the Red River, for the French, the city represented an opportunity for increased trade, as well as the possibility of new converts to Catholicism. From their stronghold in Southeast Asia, the French mounted a concerted effort to push north into China. Yunnan scholar Jim Goodman describes the city's early twentieth century story thusly:

"Around a hundred years ago, Mengzi was one of the most important cities in southern Yunnan. It lies at the southern end of a long plain which extends all the way to Kaiyuan (开远). High mountains rise to the city's east and from the edge of the plain south all the way to Vietnam. Mengzi was the first major town on the trade route from Vietnam to Kunming. It was also a depot for shipping the area's minerals and tin to other destinations both north and south. While it was always involved with such trade, Mengzi's role dramatically increased with the establishment of a French presence in the late nineteenth century." 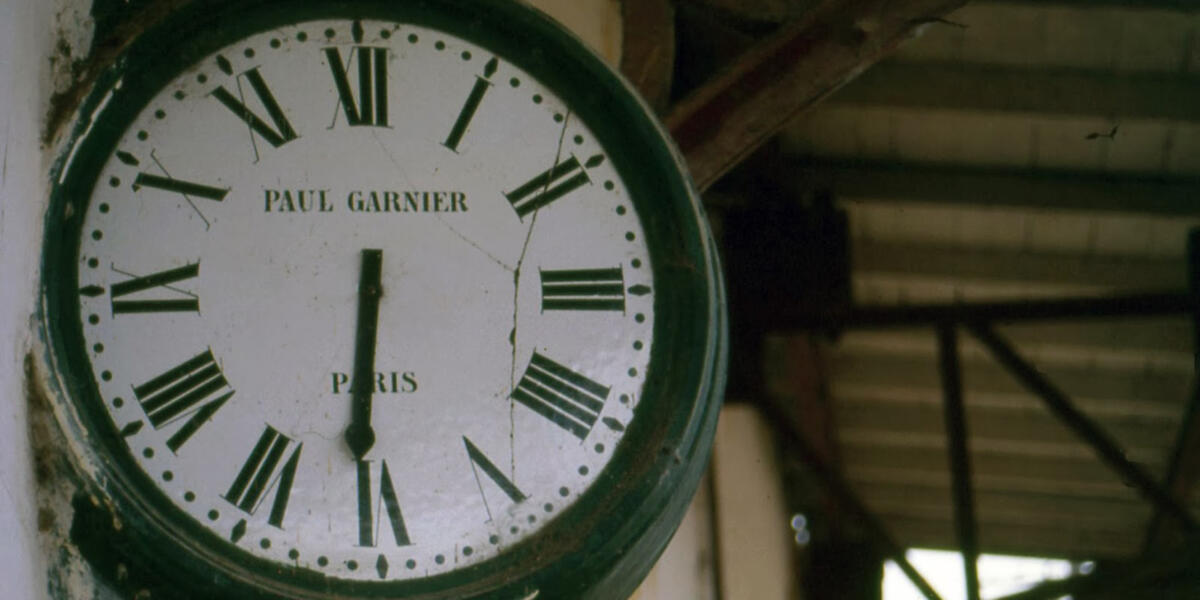 French clock at a railway station near Mengzi

The 'French presence' came first in the form of trade accords and then in the more tangible construction of the province's first railroad and foreign-controlled customs house. Mengzi became a treaty port in 1889, opening Yunnan up to the relatively free flow of European trade for the first time in its history.

Twenty-one years after its recognition as a treaty port, Mengzi residents and the rest of Yunnan watched with rapt attention as French designers christened a marvel of engineering — the Kunming-Haiphong Railway. The first railroad in the province was built through the twisting and endless mountain ranges of southern Yunnan with impressive alacrity, taking just over six years to complete.

The French had chosen Mengzi because it sits midway between Kunming and the international border. With a consulate established, French engineers bent to the work of building the railroad that would connect Kunming — then called Yunnanfu — to Haiphong. The Chinese section of this venture consisted of a 464-kilometer narrow gauge route rising from the border town of Hekou (河口) — sitting at 78 meters above sea level — to the capital, which is perched much higher at 1,900 meters. The project required 107 viaducts and 155 tunnels. It was and remains an engineering marvel of Sino-French cooperation. 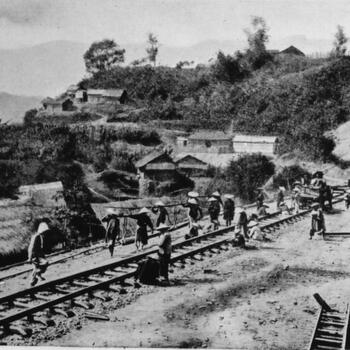 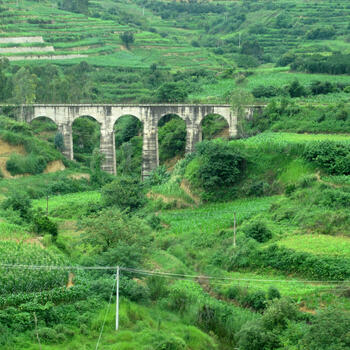 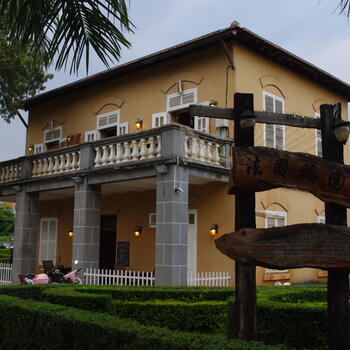 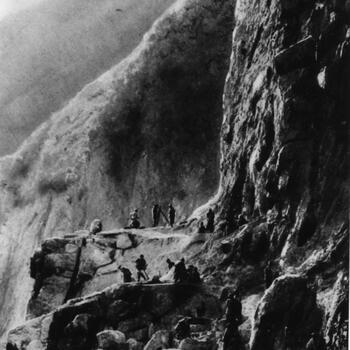 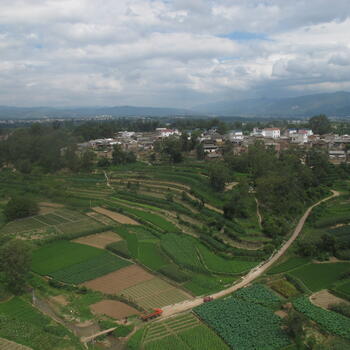 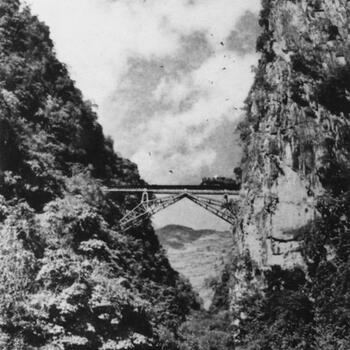 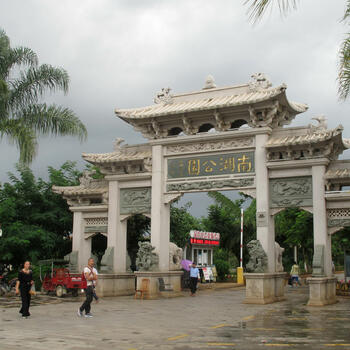 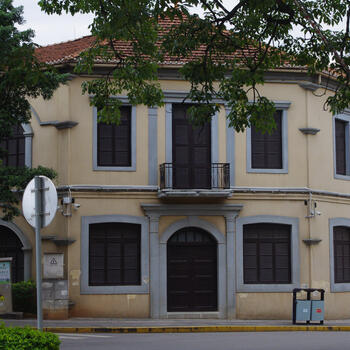 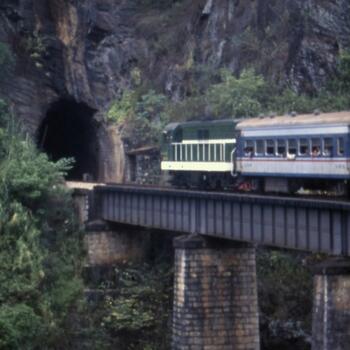 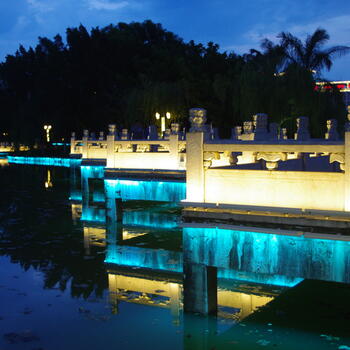 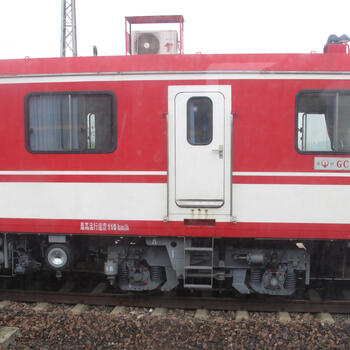 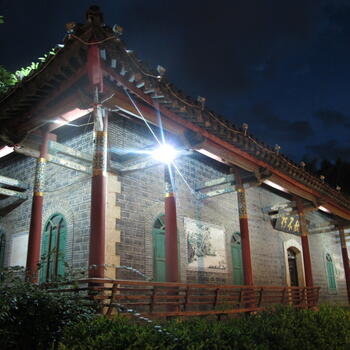 The tin mines of Gejiu (个旧) were also not far away Mengzi, and other expensive non-ferrous metals were pulled from the ground at points studding the surrounding valleys and hills. Ores would represent the bulk of Yunnan's exports to France, although they were carted by horse to the railway for years before the burgeoning rail network in Yunnan expanded.

The first track was laid with a width of one meter, significantly smaller than the far more common standard gauge tracks, which are 1,435 millimeters wide. Skinnier tracks meant easier construction through the winding mountains of both Yunnan and Vietnam. But those tracks would not prove to be the thinnest. In 1915, a branch line toward the mines of Gejiu opened that was only 600 millimeters wide.

Trade along the railway headed into China consisted mostly of cotton and tobacco — the latter a somewhat surprising historical footnote, as today Yunnan produces more tobacco and cigarettes than anywhere else in China. The railway was not simply a freight route though, and passenger traffic continued inside Yunnan — with numerous notable interruptions in times of war and social upheaval — until 2003. 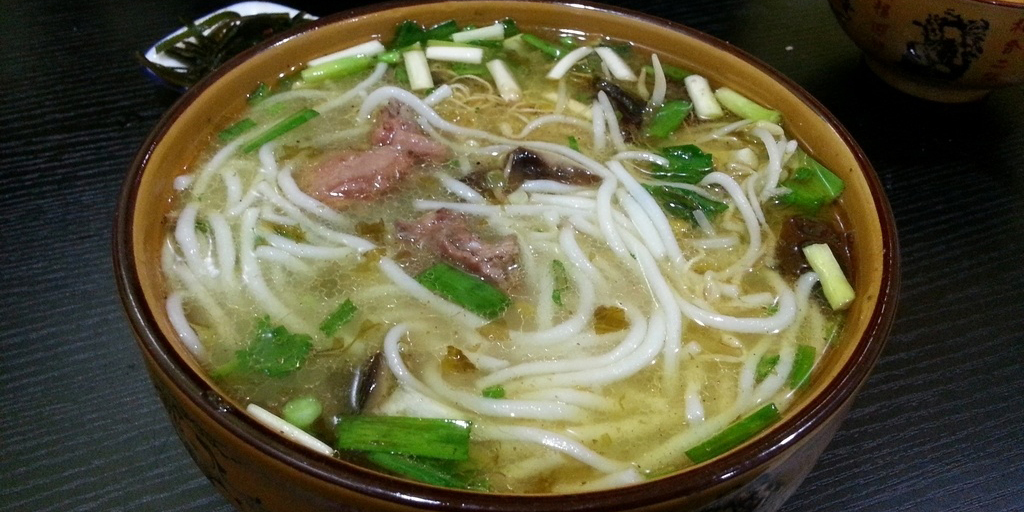 While the Kunming-Haiphong Railway and the French consulate of more than a century ago may have put Mengzi on the international map, people in Yunnan associate something seemingly far more prosaic to the town — a very specific kind of noodle. This may not strike some as particularly important, but people in this corner of China take their noodles very, very seriously. Millions and millions in Yunnan eat some version or another of rice noodles every day.

The most famous dish in this style is, with a doubt, cross-bridge rice noodles (过桥米线), and legend has it it originated long ago in unassuming Mengzi. The story behind the dish revolves around a couple — a scholar who retired to an island in one of Mengzi's lakes to study for the imperial exams, and his wife. 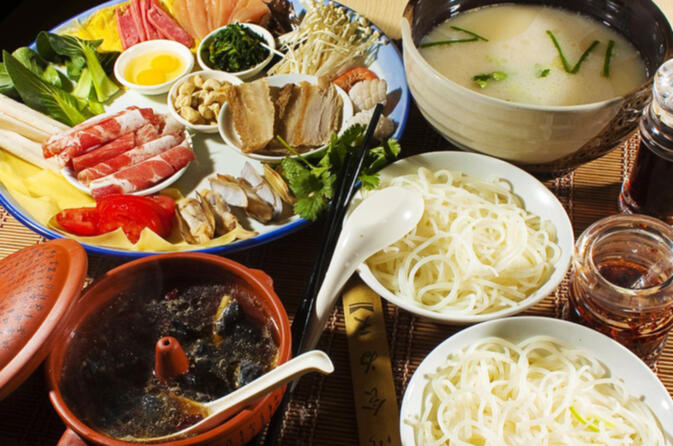 The academic was so engrossed in his scholarship on the tranquil wooded isle that he would often forget to eat. Concerned for his well-being, the doting wife would prepare and then bring her husband a lunch of his favorite rice noodles every day.

The crux of the story is that she needed to walk quite a distance from home and cross a bridge to reach him at his hermitage. Each noon when she arrived, the scholar would be so engrossed with his intellectual pursuits that the food would be cold by the time he finally remembered to eat.

Through trial and error, the wife eventually discovered that keeping a layer of oil on top of a bowl of broth would keep it hot enough for her husband to cook the individual ingredients after she arrived. The scholar loved the new concoction and, when he passed the imperial examination, credited his success to his wife's culinary invention. 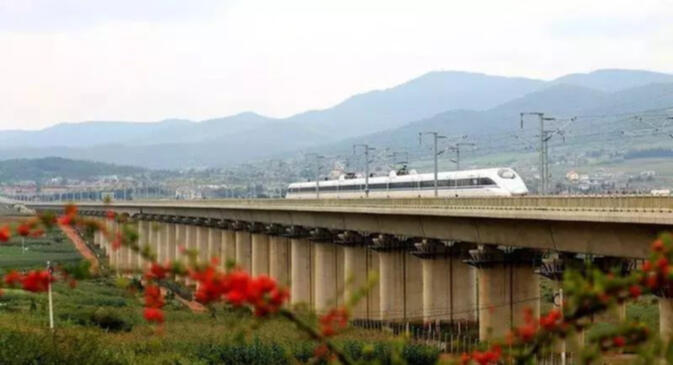 The dish, just like the story, has numerous variations, but the basic elements remain the same. A standard serving of Yunnan's signature meal is typically accompanied by small ramekins containing aged ham, quail eggs, chives, chicken and pork slices. Today, at restaurants where status is important, cross-bridge rice noodles can be served in comically large bowls with up to two dozen 'extras' — everything from fiery raw chillies and tofu to pickled greens.

Mengzi's star has waxed and waned over the past 130 years or so, with its importance dipping somewhat as China emerged from decades of rule by Chairman Mao. But, as the province around it has worked to raise millions out of poverty over the past several years, Mengzi is experiencing something of a rebirth. The revival is largely spurred by something with a familiar ring to residents, a newish railroad — this one a bit faster than its predecessor — bringing the promise of increased trade and commerce.

When I worked for a year at Mengzi Teacher's College in 1996 we used to go into town by horse and cart. Returning a decade later it was taxis only and my old College had been swallowed up by the huge HongHe University. Such is progress in Chinese.

At an early age, the brothers began their enterprise after working in the Mengzi railway for two years.

I believe the other HuangQiaoYuan (皇桥园) restaurant name is the result of Jiang brothers' breakup.

@Ocean
OK I know that horse and wagon are not the fastest mode of transport, but going to town and returning a decade later is exaggeration ;-)
Or you had a very good time in town and hated the teachers college.