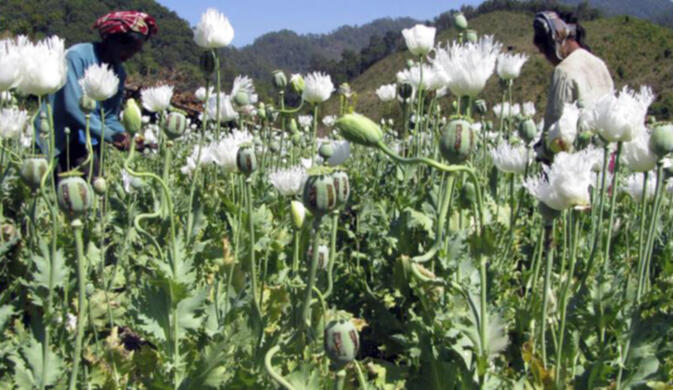 Provincial drug interdiction police in Yunnan have been busy so far this year. Their caseload, arrest numbers and the piles upon piles of confiscated drugs all sit at record level, according to an official press release. Authorities credit better mail parcel screening technology and more stringent cross-border shipping inspections for the dramatic rise in criminal cases.

All told, police in Yunnan have reportedly arrested 21,000 people suspected of producing, trafficking or selling illegal narcotics since the beginning of 2018. Related drug seizures made over the same time period total a whopping 25.5 metric tons, most of it heroin or methamphetamine.

A related Public Security Bureau report states the number of arrests and amount of confiscated contraband both represent all-time highs. Police credit a nascent multi-bureau interdiction effort with the uptick in confiscations.

Earlier this year, all government agencies overseeing shipping, logistics and international border management in Yunnan were tasked with creating an interagency database of people sending and receiving packages in the province. Protocols and accompanying training courses were then implemented for what to do when any screener identified potentially suspicious packages or shipments.

Yunnan has long-struggled to stem the tide of drugs crossing its borders. The province, due to its position next door to the volatile Golden Triangle, is the preferred port of entry for narco-trafficking into China. Thousands of kilometers of lightly patrolled borders with Laos and Myanmar mean that an estimated 75 percent of all narcotics coming into China do so through Yunnan.

In the past, drug smugglers have gone to great lengths to get their illicit products into the country. Some once hid their illicit cargo inside fake rocks, while others have tossed grenades out of cars driving through border checkpoints. That more than 40 government officials in Yunnan's westernmost Dehong Prefecture — a major entrepôt for drugs from Myanmar — were arrested last year and expelled from the Party for "drug-related offenses" certainly doesn't help.