How to cook a spicy Yunnan specialty: Ghost chicken

An introduction to ghost chicken

Few dishes scream Yunnan province like a nice, spicy plate of ghost chicken — or guiji (鬼鸡). Simple, savory, zesty and blazingly piquant, it is a dish, like revenge, best served cold. For those familiar with Chinese cuisine served outside of the mainland, this dish's flavor profile may come as a surprise. Citrus is a serious component, and the aromatics traditionally employed add unique Southeast Asian flavors.

This recipe is fully adaptable. Traditionalists serve ghost chicken with the skin on — feet and head included — but these can all be removed by those who dislike the texture or visuals. Southeast Asian aromatics used here in Yunnan can also be substituted or left out depending on taste. Any way it is served, the result is a mouthwatering spicy cold salad perfect for serving on a hot summer day.

Ghost chicken is a culinary treat created by the Dai people, who number somewhere between four and six million in mostly mountainous areas of southern Yunnan, Laos, Myanmar and Thailand. The name 'Dai' is specific to China, and varies from place to place and country to country.

Populations in southwestern China are clustered in the Yunnanese prefectures of Dehong and Xishuangbanna. Like their Southeast Asian cousins, local Dai cuisine emphasizes the use of raw tropical aromatics, intense spicy heat and citrus notes supplied most commonly by limes, pineapples and mangos. For more on the Dai in Yunnan, check out our article archives! 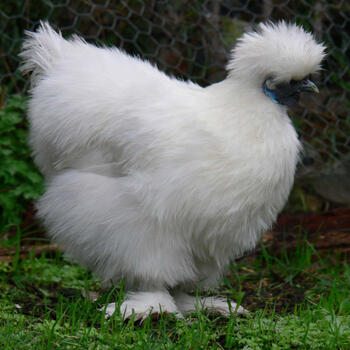 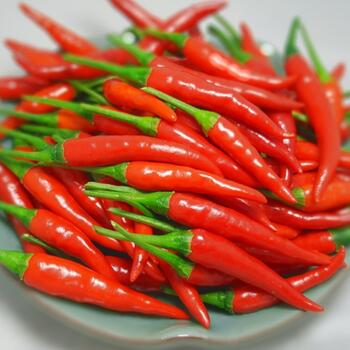 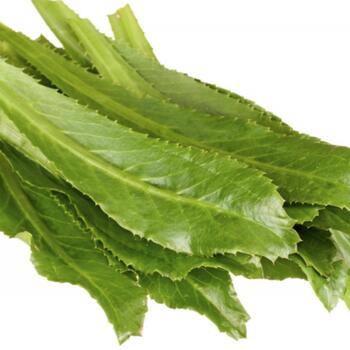 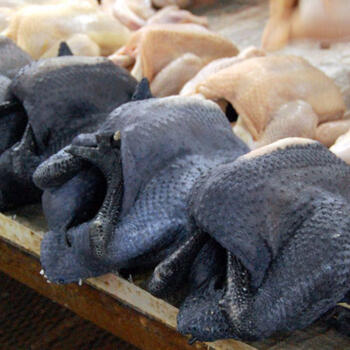 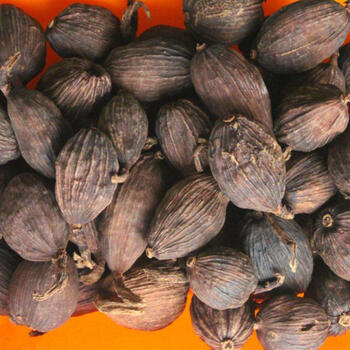 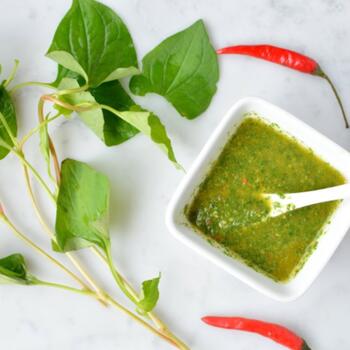 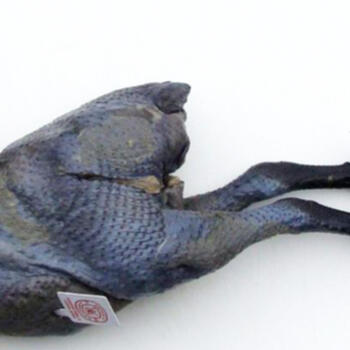 Getting to know your slightly obscure ingredients

Silkie chicken: This breed is characterized by its black or bluish skin and puffy plumage. In cooking, silkies are often considered to have a stronger flavor then varieties commonly available for purchase in the West. In traditional Asian cooking, silkies are often seen as a delicacy. For the purposes of this recipe, regular, store-bought or farm-raised breeds are perfectly acceptable.

Sawtooth herb (刺芹): Depending on where in the world you are, this herbaceous plant has different names. In the West, it is often referred to as 'culantro' — not to be confused with cilantro. Whatever the name, sawtooth herb is generally considered a stronger and more pungent version of cilantro — also known as coriander — and is used as an uncooked aromatic in much the same way. If you can't find sawtooth herb in your local market, coriander can be substituted when making ghost chicken.

Fish mint (鱼腥草): Another fragrant leaf often used in Southeast Asian cuisine. These guys pack quite an interesting flavor that most characterize as 'extremely fishy'. Used raw in Vietnam, Laos and Thailand as a garnish for everything from noodle dishes, grilled meats and spring rolls, fish mint is not for everyone. If unavailable or not to your taste, it can be omitted from this recipe.

Red cardamom: Known in Chinese as caoguo (草果), red cardamom has a very simple use when making ghost chicken — as an aromatic neutralizer. Many Yunnan locals don't particularly like the smell of poaching silkie chickens, and cover the fragrance by adding a single dried cardamom pod to the water during the boiling step. This is by no means required, and only included here as a nod toward authenticity. 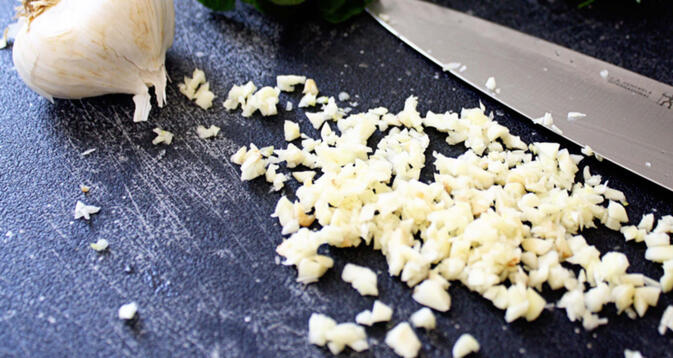 Using an entire chicken makes a serving for roughly 4-6 people. Please note that you can use 2 chicken breasts for smaller portions. Simply halve the ratios mentioned above. Also, it is not uncommon to serve the completed dish with feet and head, although some may prefer to eschew this method.

Begin by poaching the chicken. Put the entire bird into a pot with just enough water to cover, including a single pad of red cardamom if desired. Season with a pinch of salt after the water begins to boil, then cover the pot with a lid, lower the flame, and simmer for 10 minutes.

Remove the pot from the stove and allow the chicken to sit in the hot liquid for another 20 minutes to continue cooking. After 20 minutes have passed, drain the liquid, remove the cardamom and set the chicken aside to cool.

Once the chicken has cooled, use your fingers to shred the meat into thin, uniform strips and discard the bones. This should yield about 4 cups of meat, including skin (the traditional Yunnan way). Next, toss the chicken with the rest of the ingredients in a bowl. Taste. If the flavor is not strong and piquant, add more lime juice, salt or fresh chilis as necessary.

What Kunming restaurants serve this?

Too many to mention, any restaurant serving Dai food will have this on the menu and that type you'll find in any food area. One of my wife's fave dishes as she always orders without fail but for some weird reason I can't name a specific place :( I do know they have a couple of places in the Aegean mall local to me.
Check out the food delivery apps to as they have plenty of Dai food restaurants doing delivery as it's another place we get it.

This was my favorite Dai place in the Green Lake area, in the north side of the street across from the park. The place fills up quickly for dinner so go early. Never had Ghost Chicken there but everything was excellent.