Happy Year of the Dog!

By Patrick Scally in Features on February 15, 2018 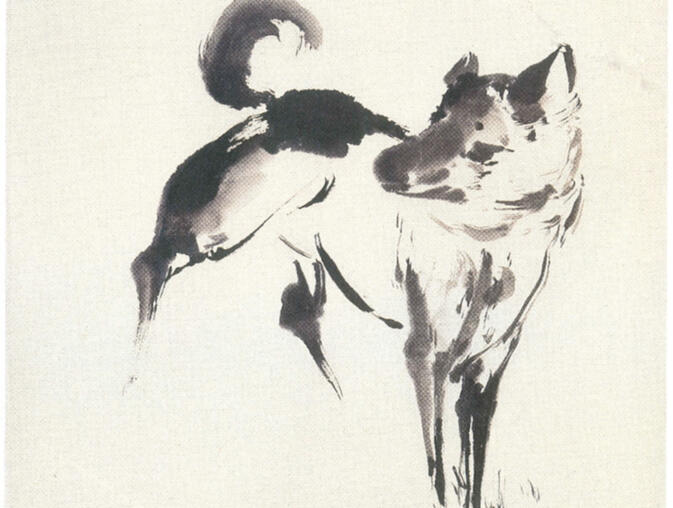 The first day of Spring Festival — called danian chuyi (大年初一) in Chinese — this year falls on February 16. At midnight, the Year of the Rooster will come to a close and the Year of the Dog will begin, no doubt with a bang. If you do not understand what exactly is going on during all the festivities, you are not alone.

The Chinese zodiac is a slippery and convoluted beast. Throw in related astrology, numerology and thousands of years of tradition and things get even more complicated. Below is a quick primer on what motivates people to do what they do during Spring Festival, and what you should expect if this is your birth year. It is a basic overview and not intended to be an exhaustive catalog. 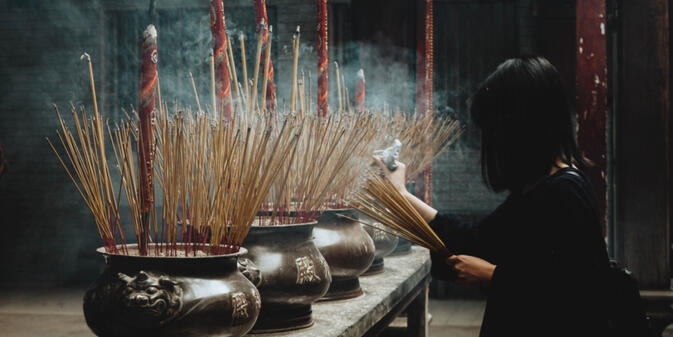 At precisely midnight, huge metropolises and tiny country villages alike will explode with the sounds and lights of millions of fireworks. Traditionally fireworks were used for scaring away bad spirits from the previous year and keeping those lurking in the new one at bay. More generally, a new year is seen as a new beginning, and fireworks help to clear the way of bad luck and misfortune.

This tradition has its roots in Chinese mythology. Setting off firecrackers was an effective way to intimidate the marauding monster Nian (年兽). Legend has it the demon repeatedly attacked a village during the new year and had a predilection for carrying away small children. Villagers eventually found the Nian could be frightened away by loud noises and the color red. The Nian story is reenacted during cacophonous new year's lion dance performances and accompanied by firecrackers and traditional Chinese instruments. 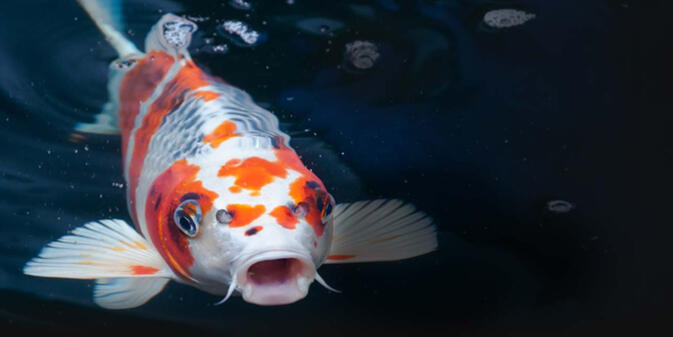 Holidays are always a time for family in China, and Spring Festival — or Chunjie (春节) — is no exception. No matter how far from one another they live, families will get together to blow things up, shower children with red envelopes stuffed with cash and most certainly eat and drink.

New Year's Eve dinner — or nianyefan (年夜饭) — is especially important, and in preparation families will clean their houses from top to bottom. It is conventional for people to dress in new clothes for the meal, further marking a fresh start. The feast gets underway more than two weeks of celebration — each day with its own specific traditions — which come to a close during Lantern Festival (上元节) on the fifteenth day of the first lunar month. 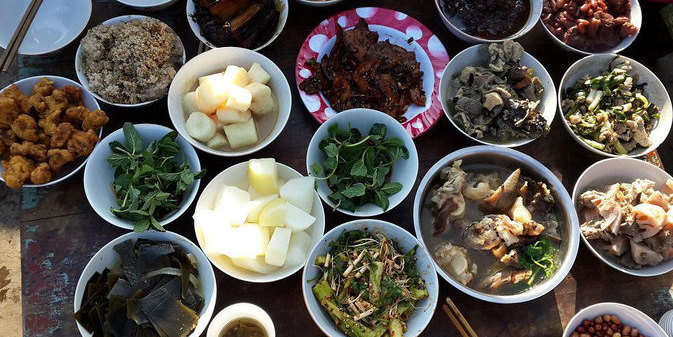 Many rural families, especially in Yunnan, raise at least one pig and hold it aside for slaughter on the new year. Every part of the pig is used to make several different dishes, which an extended family will then share, signifying togetherness. The pig can be replaced with a goat or donkey as well, depending on what is hanging around the barnyard. 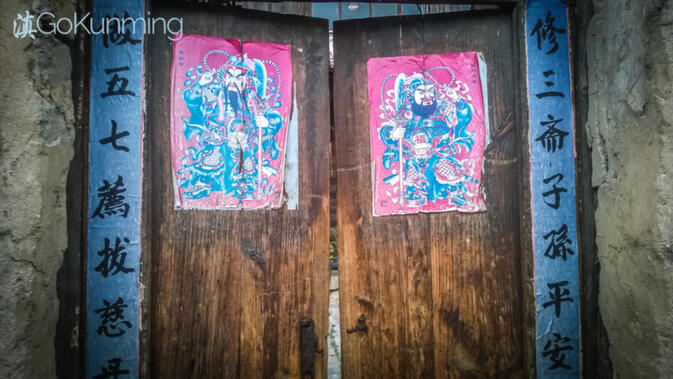 It is also auspicious to hang red-backed poems outside of one's home and to mount the character fu (福) — symbolically marking the arrival of good fortune — upside down on a door. Often people paste hand-painted or woodblock prints of Yu Lei (郁垒) and Shen Tu (神荼) on their doors as well. These two door gods — or menshen (门神) — ward off evil spirits and prevent them from entering homes. Pictures of the gods can be put up at any time of the year, but are often pasted up just before new year to replace old ones weathered by sun, rain and time.

Entrances to homes can thus become quite cluttered, as many families also hang inverted sugar cane stalks outside of their front doors to accompany the couplets and other totems. This comes from the saying 'cong tou tian dao wei'(从头甜到尾), which means 'a sweet year from beginning to end.' 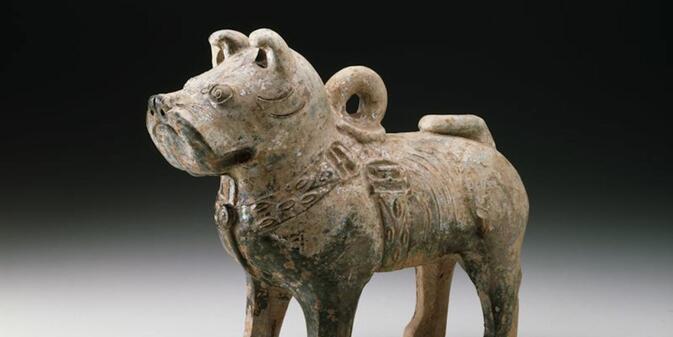 Year of the Dog

The traditional Chinese calendar is of course a lunar one, and Spring Festival jumps between January and February depending on the year. This new year is the year of the dog, represented in the Chinese zodiac by the character 'gou' (狗). Customarily, dogs are associated with activity, vigilance and loyalty. However, they often tend to have trouble keeping their noses out of gossipy disputes.

Chinese mythology is not particularly full of stories about dogs, but one of the best known is entitled The Great Race (伟大比赛). This folktale explains why 12 animals are used in the Chinese zodiac and why they are ordered as they are today. The Jade Emperor, so the story goes, once called a meeting of animals — especially those that are useful to humans — who were required to participate in a race.

The dog and the cat were involved in a heated dispute over who would compete. Infuriated by the cat's arguments of obvious superiority, the dog barked furiously and the cat ran away to hide, thus missing its chance to take part in the race. Ever since dogs and cats, so goes the story, have hated one another with a passion. 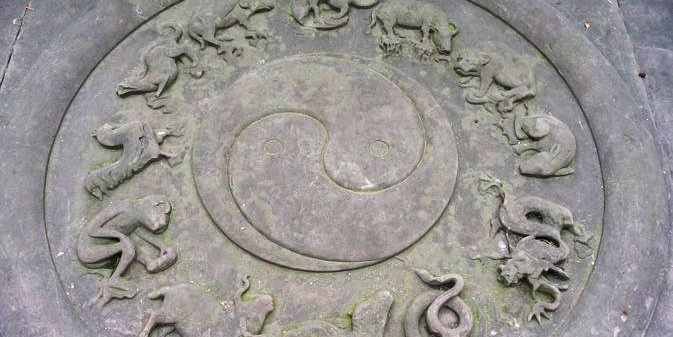 The top twelve animal finishers in the race would from then on each represent a year according to how they placed in the competition. As part of the race, all of the animals were required to cross a fast-flowing river. The dog, a late entrant due to its fight with the cat, ended up in eleventh place, just behind the rooster. For his efforts in the race, the dog was rewarded by the Jade Emperor with the eleventh year of the zodiac.

In China, doggies are also in charge of the ninth lunar month, a time of year rightfully associated with the autumn harvest season. Additionally, as if this wasn't enough responsibility, each of the 12 zodiacal animals represents a specific time of day. The hours of 9-11pm each day have been allotted to our canine brethren.

We could throw in how the five Chinese elements — earth, fire, metal, water and wood — affect the lives of people born in the year of the dog, but we will decline. Diving down this sort of rabbit hole leads to discussions of 'metal dogs', wooden ninth lunar months and every other combination you could imagine. Suffice it to say, this Year of the Dog is an earth year, meaning babies born this year will be responsible and careful in their planning, but also headstrong easily conflicted in their interpersonal relationships. 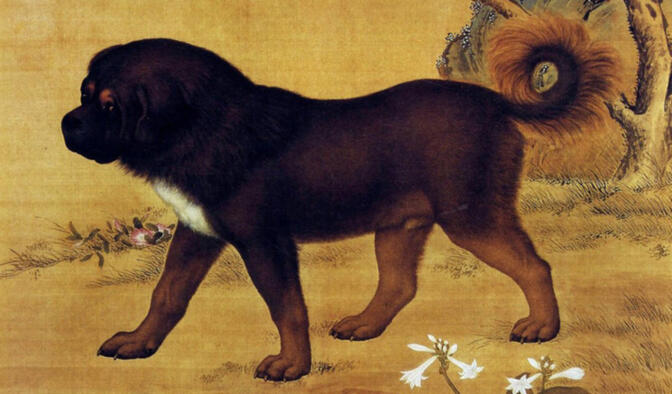 It is not an exaggeration to say the world of Chinese idioms can take a lifetime to master. Clever linguistic phrases concerning dogs may not be as numerous as those linked to monkeys or dragons, but there are quite a few, some of them a bit too off-color to explain here. Two of the more interesting canine-related sayings are gouxue lintou (狗血淋头) and gouwei xüdiao (狗尾续貂).

The first loosely translates to 'dog blood shower'. The lovely image harkens back to a time when the blood of a dog was thought able to wash away evil spirits. Today, it is an adverbial phrase describing how badly a person in a fight or argument was cursed or otherwise humiliated.

The second phrase means running out of good things and replacing them with bad. In Chinese historical allegory, an emperor in the Song Dynasty was once reputed to have surrounded himself with excellent advisors. One by one they left, either forced out or so disheartened that they abandoned their liege. The emperor then found new, idiotic counselors, plunging the kingdom into darkness. Today, the saying is used to describe movie and book sequels that are tremendously inferior to the originals. 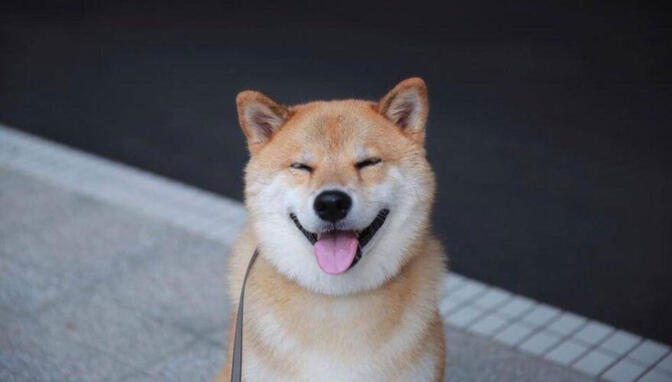 You ain't nothing but a hound dog

Were you born in the Year of Dog, or do you know someone who was? Well, here are a few stereotypes about this zodiacal sign you should know. Many of these character traits — both positive and negative — stem directly from the anthropomorphic attributes we humans assign to our most faithful animal companions.

Dog are typically considered extremely realistic, sometimes to the point of being tremendously predictable. Another trait is that dogs can appear peaceful and calm on the outside, while inside their feelings are strong and intensely held. Dogs are considered good matches by some as they tend to be honest, straightforward and responsible. On the flip side of this, they are also incredibly stubborn, self-righteous and critical.

Your typical dog gets along quite well with tigers, rabbits and horses, but have a very difficult time socializing with goats, dragons, roosters and oxen. Generally speaking, people born in the year of the dog are thought to make good teachers, priests, politicians, philosophers, doctors, teachers, actors and nurses. 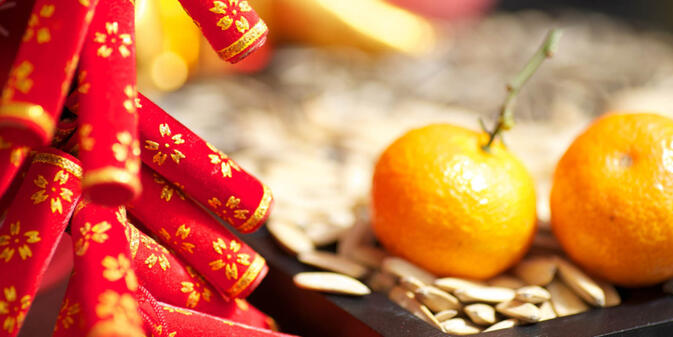 If your benmingnian (本命年) — or birth year — is that of the dog, there are certain traditional guidelines to follow over the coming 12 months. These are true for anyone celebrating their birth year and are not specific to those of the canine variety. They may seem a bit strange, but failure to adhere to these rules is thought by many to result in catastrophe.

Benmingnian are considered to be difficult or trying times. At the start of one's birth year, people are often given gifts of red underwear or jewelry. They must be worn every day and are considered talismans against ill fortune. Not wearing these amulets, even for a single day, can spell disaster. People generally avoid eating their birth year animal during their benmingnian as well, which only seems rational. While this may be a simple practice for those born in the year of the dragon, one can imagine it may be trying for people born under the sign of the pig or ox.

It is believed that major life-changing decisions should not be made during one's birth year. Weddings, childbirth, changing jobs or moving house are all out. According to Chinese tradition, things are much more likely to go wrong during a person's birth year and for this reason talismans, such as red underwear, have come into fashion.

Regardless of your birth year, the color of your underwear or the number of talismans plastered across your front door, GoKunming would like to extend heartfelt best wishes to all of our readers in the Year of the Dog! 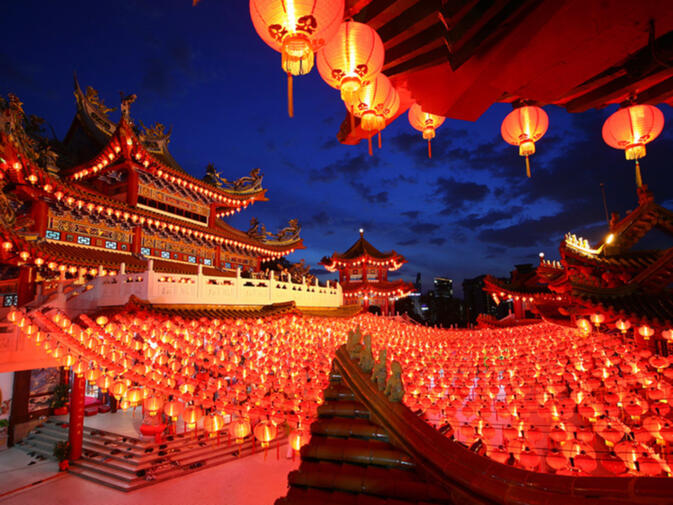 Year of the Monkey

Around Town: Year of the Dragon

Happy Year of the Rabbit

Kris and Alex Going away Soiree