By Patrick Scally in Features December 29, 2017

"Time changes everything except something within us which is always surprised by change." So wrote novelist Thomas Hardy back in 1883, and the sentiment is no less true today than it was then. The question for many now is, where did 2017 go, and how are we so astonished it went? To refresh your memory, we've compiled the most interesting and important stories appearing on GoKunming over the past 365 days, culled from the 178 articles we published this year. This will end up spanning two posts, as we wait to be predictably surprised by what 2018 has in store. 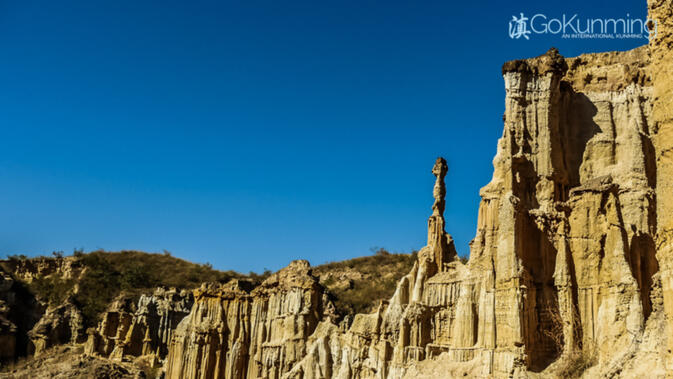 Yunnan, as the Chinese government is fond of reminding everyone, "entered the era of high-speed rail" as the new year dawned. From there, it was off to the races. In quick succession, the province's new governor publicly ate his shoe and we found ourselves at once in a lovely little place called Yunnanyi while publicizing, hosting and looking back at the Best of Kunming. The father of pinyin passed away, gibbons were named for Star Wars characters and China's longest on-the-lam fugitive was arrested. It was a lot of italics. While we visited Yunnan's Earth Forest, everything closed down and then Kunming got a true taste of apples for the first time. Street vendors were kicked to the curb, the Premier came to town preaching the Gospel of Luke, a rooster wearing red underwear was born and we headed to a remote river to welcome the new year. 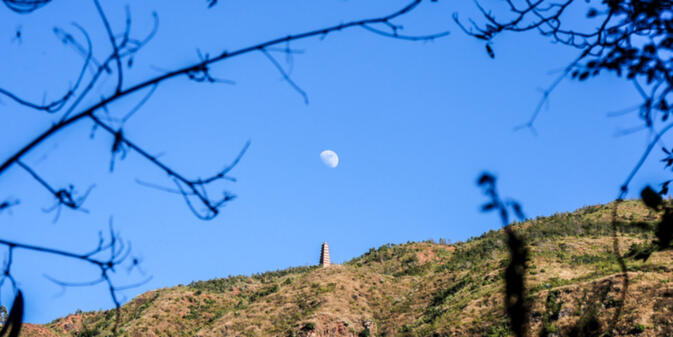 Drug runners armed with grenades turned up so we wisely buggered off to buy salt in ancient Heijing. Kunming's satellite city opened a pleasant lakeside park, Spring Festival turned decidedly strange and Beijing decided it was high time to save the earth. In accidental celebration of the latter news, we stumbled upon an oasis of green and then spoke to a long-time Kunming educator. Avian flu reared its ugly head, perhaps as a wholly inappropriate nod to the Year of the Rooster. Waste was the name of the game for the provincial government as Yunnan coffee farms went wild.. And speaking of wild, municipal authorities attempted, for a short time at least, to tame the city's e-bike madness. A Kunming teacher was nominated for a global honor at the same time Myanmar and China were caught up in a school-yard brawl. 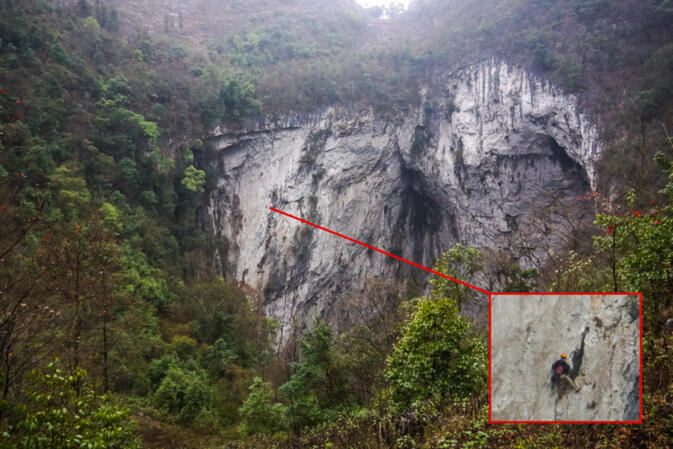 Leading up to the Ides of March, unlicensed streetside merchants in the city center were moved indoors while we happily reviewed an old book about Yunnan. The existence and fate of owls were on the minds of many a local university student, although government planners were pondering something far more subterranean and potentially costly. Think immigration is only a major issue in the US and Europe? Think again, an official from Dehong told China's National People's Congress. From borders, we moved on to bikes, exploring Kunming's coming inundation of shared velocipedes. Speaking of floods, little Mojiang endured its annual deluge of identical twins and refugees from Myanmar poured across the border into Yunnan as civil war erupted again. The news wasn't all bad however, as our good friend Jim Goodman showed us around lovely Mengla and the governor — done eating shoes for a bit — vowed to cure what ails the provincial tourism industry. Then it was time to interview Yunnan's beer baron, climb into and out of an enormous Guizhou sinkhole, assess China's overall levels of grumpiness and report on an unfortunate police shooting. In retaliation, Blackwater threatened to open a "forward operating base" in Yunnan and Kunming's elderly demanded elevators. Thankfully, after all that, it was time for tea. The brief respite was so restful that a popular Kunming attraction closed for six months. 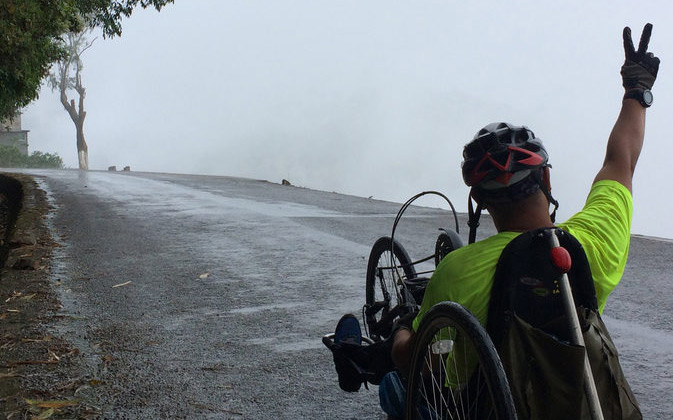 China welcomed April with veneration dressed up as Spring Cleaning and Dali promptly took out the proverbial trash, or at least tried mightily. A man once convicted of murder walked free after a review of the evidence, and we went rock climbing with some truly special xiao pengyou, while the far more boring presidents of China and Myanmar got together and discussed really, really big tubes. Perhaps coincidentally, Yunnan's Myanmar borderlands became more accessible so we hurried right over. The advent got us in the mood for a fancy photo contest, a trip to one of the province's most beautiful places and a decidedly one-sided rugby match. Go Tigers! Not in the mood for victorious celebrations, Lijiang got very strict with what it deemed superfluous businesses and a married couple got into a pants-dropping fist fight on an airport runway. Go Tigers? We got really geological at the same time China decided rural education standards weren't up to snuff. Wrapping up the fourth month of 2017, Yunnan Baiyao got back to business as usual after doing business oddly, and some incredible athletes hand-cycled across the Middle Kingdom. 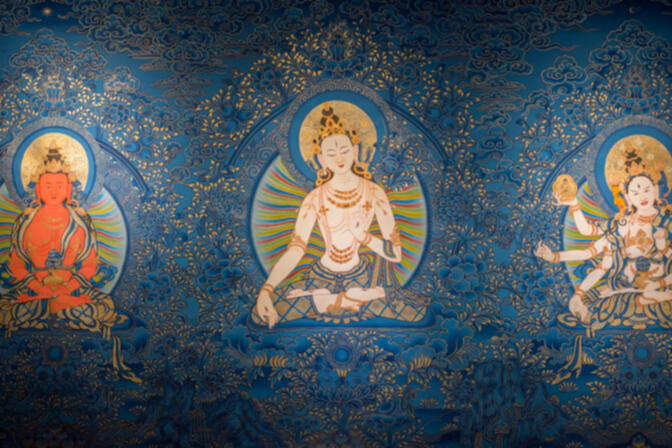 International Worker's Day got the month started, Kunming cooked up the world's most popular fish and we sat down with the godfather of Japanese hip-hop. A convicted drug runner escaped from prison and an enormous manhunt ensued. Meanwhile, archeologists discovered what they think is a lost 1,100 year-old city. From misleadingly but very rosy environmental reports, unmanned drones endangering commercial flights, and learning the art and traditions surrounding the creation of Tibetan thangka in Shangri-la, we had a bit of everything in the middle of the month. We announced some talented photography contest winners while Yunnan just couldn't stop building airports. Lots and lots of airports. Jim Goodman told us the tale of missionary work in the province's northwest and an extremely costly program of beautification began around Green Lake in the city center. A Kunming-born student studying in the United States sparked a minor international incident and we quickly healed all wounds with an impromptu fundraiser. Someone noticed traffic in the Spring City was sometimes headache-inducing, and then tried to do a little something about it. Dragons and boats took center stage to close out the month, causing Yunnan to slash admittedly overinflated prices all over the place. 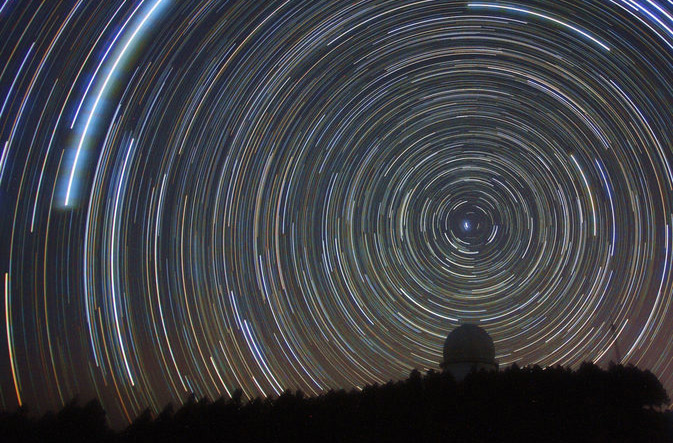 If expanding logistical railway infrastructure is of interest, boy did we have a story for you. Moving on to some far more intriguing stuff, we headed way up north to the Dulong Valley to see how people in this remote area are getting on. Back in the Spring City, news broke of a long-awaited/feared refinery opening and the specter of civilization raised its hideous head. While Kunming brushed and flossed to make a good impression, workers on Yunnan's railway from hell continued their eternal task. Orchids, another monstrous trade and investment expo and an interestingly themed photo exhibition popped up on the radar. Then something truly mesmerizing and straight out of a science fiction novel happened in Lijiang. Faster than light communication anyone? Bringing things right back to the present, a flight from Paris headed for Kunming got decidedly bumpy. China and Myanmar disagreed about bank accounts, the Thai junta wanted to play with trains and our old friend Chinglish was threatened with some sort of imminent harmonization. The summer monsoon rains, nearly a month late, finally showed up and made a mess of things. People in Lijiang were eating bugs for gold — of course they were — and child welfare authorities made a profoundly sad discovery.

Halfway done and half to go. Like most years, 2017 was all over the shop. Stay tuned to see how the second part of the year — which featured plastic eating fungi and a plan to turn Xinjiang into the "next California" — turned out. That's called a teaser.

GoKunming staffs may want to visit the new exhibition center at Green Lake, North of the white/black swans, formerly the Mahjong area. It features an informative media interface detailing future city planning inside and around the vicinity.

.... you may want to tell the staffs to turn on the large, digital interface presentation if not already.

Thanks @bilingualexpat. We'll check it out.