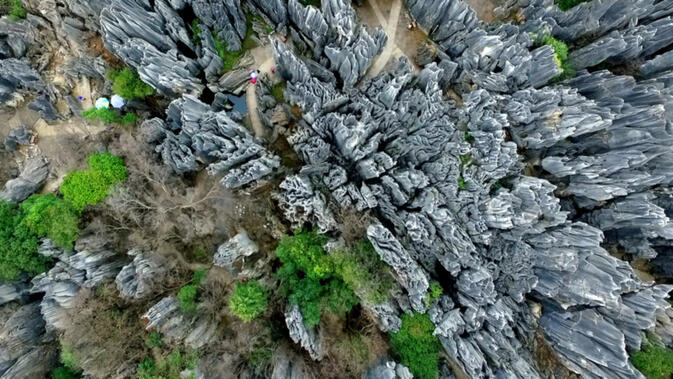 Much has been made of the bullet train connecting Kunming with Shanghai, and rightly so. When put into operation in late December, the train will reduce railway travel times between the two cities to under ten hours, a vast improvement over the current day-and-a-half trip. Less remarked upon nationally is another high-speed rail expected to begin service at around the same time, the Yunnan-Guizhou route (云贵高铁).

Construction on the line began back in 2009 as part of China's ambitious 'Eight Vertical Eight Horizontal' (八纵八横) plan — a scheme creating a network of eight north-south and eight east-west high-speed railways. And while the track connecting Kunming with Nanning will undoubtedly increase the flow of both freight and travelers between the two provincial capitals, the prime beneficiary may turn out to be the Stone Forest (石林).

Yunnan's most-visited natural attraction is currently reachable from Kunming by train, car and bus in roughly two hours. When automobile traffic is messy — such as on weekends and during holidays — drive times for the latter two options can easily double. However, the bullet train, which is designed to cruise at or near 250 kilometers per hour, will cut travel to just 25 minutes.

Trial runs along the railway to Nanning are ongoing and finishing touches are being put on the 78 million yuan (US$11.5 million) Stone Forest Train Station. Built of stone quarried locally, the depot is currently being built by a construction crew of 250 people working 12-hour shifts. 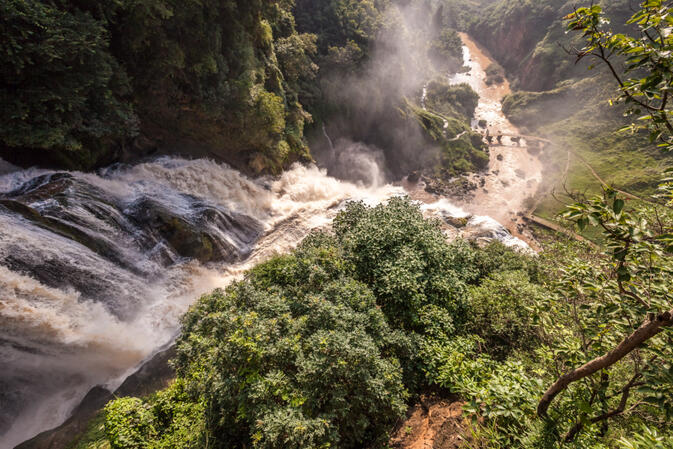 In preparation for expected further influx of tourists to the Stone Forest, the town of Shilin and several attractions near the UNESCO World Heritage Site are also undergoing harried preparations costing an estimated 17 billion yuan (US$2.5 billion). Of these, perhaps the most encouraging are carefully planned upgrades to Dadie Waterfall (大叠水).

Not currently open to the public, the cascade is Yunnan's tallest, plunging 90 meters. Improvements to the waterfall viewing area include a visitor's center, bike rental store, electric bus depot and parking lot. In an effort to preserve the forested slopes around the falls, the cluster of buildings is seven kilometers distant from viewing platforms.

Other costs include overhauling the city of Shilin's water utility infrastructure, installing a slew of new "international standard" bathrooms and refurbishment projects in the 'old town' section. Much of this money comes from national coffers, as the Stone Forest has been designated a 'National Tourism Demonstration Area'.

This status makes the destination eligible for funds to be spent on eco-friendly designs and innovative pilot programs. Previous locales in Yunnan to use money from this government pool include Dali, Lijiang and Shangri-la. With the bullet train sending an extra 800 people per hour toward the Stone Forest during peak travel seasons, such upgrades will be welcome. 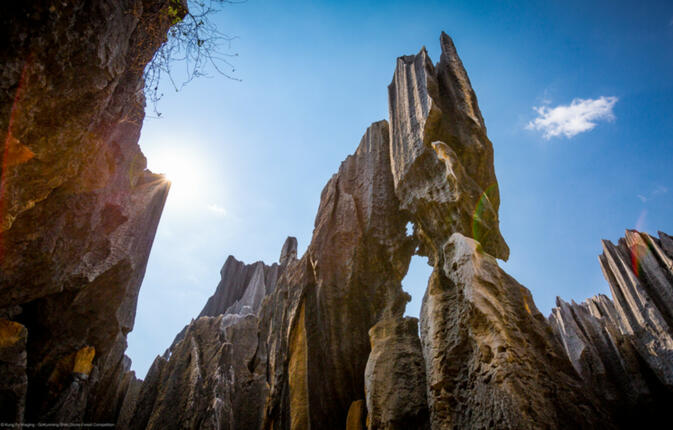 I assume the new high speed line will department not from Kunming Station, but from the new HSR station in Chenggong (which, inconveniently, is not even located on the Chenggong Metro line)?