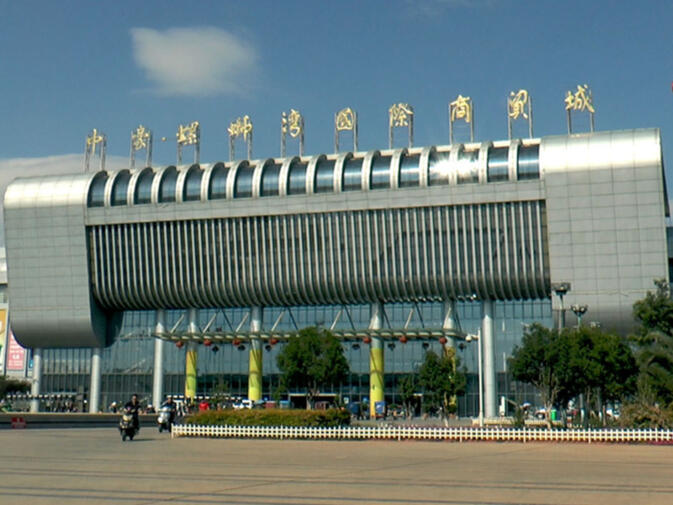 Luosiwan (新螺蛳湾), the largest wholesale market in Yunnan, was the site of unexpected drama this past weekend. Several vendors staged a riveting and desperate protest following the forced relocation of their shops in Kunming. Despite inaccurate reports that two shopkeepers committed suicide at the mall, the situation was in actuality defused by police negotiators without any fatalities.

The commotion began just as the massive retail center opened for business on the morning of August 21. At least a dozen shop owners, infuriated by Luosiwan management's handling of a newly opened wing of the facility, took to a fifth story roof to broadcast their frustration and discontent.

At issue were rental agreements up for renewal at the end of 2015. The protestors claimed they and their shops were illegally moved from more popular wings of the mall to a newly opened fourth annex that is nearly devoid of other retailers or customers. The change of venue not only had a profoundly negative effect on business, but is also a breach of contract — which shop owners maintain include options for a second five-year lease running through 2020.

As a crowd of onlookers gathered, the demonstrators threatened to throw themselves off of the roof if demands for honoring the agreements and returning shops to their original locations were not met. Riot police and 120 medical first responders joined the growing throng of bystanders. As the day wore on and no progress was made in negotiations, one of the shop owners reportedly threw himself off the building. He was caught by a large inflatable cushion police placed at the foot of the building. Found to have "no obvious trauma" by medical personnel, he was transported to a nearby hospital for further evaluation.

Kunming social media exploded as news of the protest spread and eyewitnesses posted photos and video on popular microblog platform WeChat. One of the most widely circulated messages claimed three people jumped from the roof, one of whom died. This account was later deemed "untrue" in an official Public Security Bureau press release. Media accounts of the situation say the protest was calmly dispersed by late afternoon with no other incidents. However, no details have been made public as to how the shop owners' complaints were handled.

The Luosiwan facility contains more than one million square meters of retail space, housing 15,000 merchants and hosting an estimated 150,000-200,000 daily visitors. It is no stranger to sometimes bold expressions of outrage. The entire complex once sat at a more central site until it was summarily demolished in 2009 and moved to its current location roughly 15 kilometers southeast of the city center. The move angered thousands of uncompensated store owners and led to violent clashes with police.