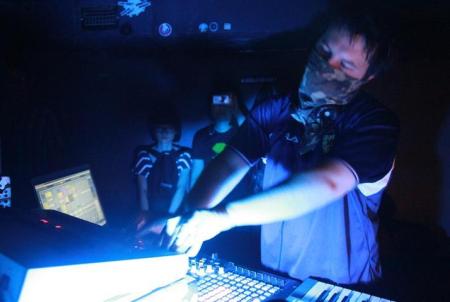 We recently got a local perspective on Kunming's electronic music scene from Low Scene but how does Kunming look from the outside?

After six years in Shanghai as a founding member of the VOID collective, DJ Ultra is temporarily calling Kunming home, and Saturday night at The Club will add it to the growing list of Asian cities where he's performed.

The Dunfermline, Scotland native founded VOID in 2007 with five Chinese and laowai DJs. Their goal: "spreading authentic electronic music culture in China." The crew put itself on the map in 2009 with a massive free warehouse party (listen to the MP3), and the always-masked DJ Ultra went on to play clubs around China and South Korea in addition to the Midi Festival in Zhenjiang and the Midi Ocean Festival in Rizhao.

We sat down with DJ Ultra to find out how Kunming stacks up with Shanghai and also to learn a little more about the man behind the mask:

GoKunming: Why do you wear a mask when performing?

DJ Ultra: Techno's traditionally faceless. It's the first musical form to completely separate the performance from the music. It's all about the music, it's not about looking at the DJ. When I cover my face, it's a statement: Just enjoy the music. I'm not here. I don't exist.

DJ Ultra: It doesn't take a genius to figure out that most electronic music in Chinese clubs is... well... it isn't very good. We try to bring music that has some soul. It's all about music that's good on its own but also brings energy to the party.

GK: How are you different from the typical foreign DJ at a Chinese club?

DJ Ultra: A lot of DJs are in it for the party but I'm really into the music. Some people buy drugs with their extra cash - I buy drum machines and synthesizers.

Electronic music is the newest form of music but it already has a rich history. Chicago house and Detroit techno is basically the foundation of most electronic music today. There's a lot of history there, but if you ask the average foreign DJ in China who Juan Atkins is, he probably couldn't tell you.

GK: What are your plans for Saturday night's show?

DJ Ultra: In Shanghai I go for the hard and pumping approach but I'll probably do something a little different here.

GK: Is it difficult to not sound like you're talking about sex when describing your DJ sets?

DJ Ultra: A DJ set isn't that different from sex. You start off nice and gentle, ideally there are several crescendos, and by the end it's hard and pumping. Progressive house is the ideal lubricant.

GK: Good to know. So what do you mean by "something a little different" on Saturday?

GK: That probably explains why you're in Kunming.

DJ Ultra: It does actually, I never planned on coming here.

As for music, you don't have to resort to playing corny stuff to get people into it, there's a lot of good music out there. I'd say that if you're coming out to hear good music, you'll be satisfied. If you want to go out and get off your face, you'll be happy too. 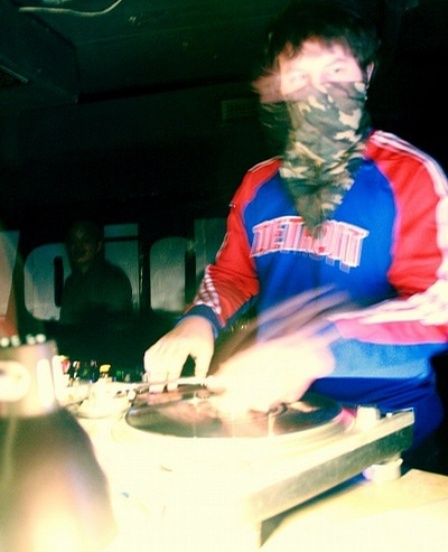 GK: Have you been to The Club before?

DJ Ultra: Yeah, it's really great to see a place that cares about the music so much. The Club is the only place I've found in Kunming that's playing good electronic music.

If you don't develop your own scene then you're copying everyone else. You need to follow your own path, your own way. I think The Club could be something good for Kunming that keeps the city from becoming a bland copy of other cities.

GK: From a DJ's perspective, how is Kunming different from Shanghai?

DJ Ultra: The nice thing about Kunming is that people are always up for a party. You don't get people worrying about pretentious wank – it's refreshing to come here from Shanghai and see people's openness. Not to talk down on Shanghai, it's just very compartmentalized, whilst Kunming's a blank slate.

Provincial cities have always played an important role in the music scene in other countries. Like Detroit and Chicago in the States. In the UK it was Manchester – Madchester – you had Happy Mondays, Inspiral Carpets, Stone Roses, New Order, 808 State... none of them came out of London. Big cities sometimes fall victim to trying to be too cool. Smaller cities allow local culture some breathing space.

Eh? London hasn't played an important role in the music scene? Have you not heard of The Who, Sex Pistols, The Clash, Pet Shop Boys, The Rolling Stones, The Police, Madness, Coldplay, Fleetwood Mac, Iron Maiden, Peter Gabriel, David Bowie, etc. A few influential acts there, I think.

Since when Chicago and Manchester are provincial cities?!
How funny that all these guys lacking good skills come to China for their 5 minutes of fame.

Yeah, so in search of fame that he covers his face and asks his audience to imagine he's not there and to simply enjoy the music. Have you ever even heard him play? What are you bringing, exactly, to Kunming's music scene? My guess is sweet FA.

Why not just be thankful that someone is bringing a bit of passion and helping to build a scene sorely lacking in Kunming.

I, for one, am looking forward to this!

You people that hate are just GKM trolls. It doesn't matter what he says, it's how he performs. I'm looking forward to the performance on saturday. I'll be there too

Just wondering why non local djs are playing in the club if it's always free entrance?

Where is all this new Dunfermline Talent coming from?! haha.

Have a good show, I will be there bringing the Dunfermline Massive.