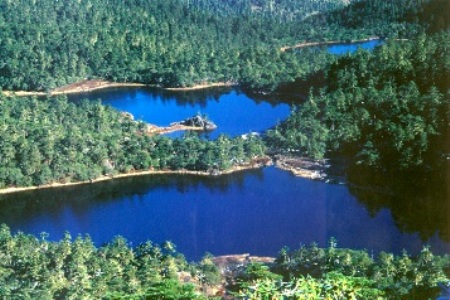 Yunnan Governor Qin Guangrong will sign an agreement this Saturday with US-based conservation group The Nature Conservancy (TNC) that will lead to the creation of 10 new national parks in China, according to a report in The Salt Lake Tribune.

Qin will sign the agreement in the American city of Salt Lake City, Utah, which is currently hosting the National Governors Association conference. No details have been provided regarding the location of the new national parks or when they will be established.

In 2008 TNC's Yunnan Program Deputy Director Jerry Chen told GoKunming that more national parks may be established in Yunnan once China is ready to build a national park network.

National parks are different from nature reserves in that they do not only protect the plants, animals and other natural resources of an area, they also serve to raise public awareness and appreciation of nature.

"It is hoped that Pudacuo will serve as a model for future parks," Chen said. "The provincial government of Yunnan has plans to open more national parks in the coming years."

In addition to cooperating with the central, provincial and local governments on Pudacuo National Park, TNC has also been involved in conservation projects in several other areas of Yunnan, some of which may soon end up becoming national parks. These areas include Laojun Mountain, Lashi Lake, Meili Snow Mountain, Shangri-La Gorge and Northern Gaoligong.

Qin is being hailed in US media as "China's Teddy Roosevelt", referring to the US president who gave the American national park system an important early boost in the first decade of the 20th Century.

"For him to get sign-off from the national government, and then for him to ask us to help design that network is big news," Bedford said.

Signing this weekend's agreement will help burnish Qin's reputation as one of China's more environmentally minded local officials. In the past Qin has gone out of his way to publicly reach out to environmental organizations.

"The government has the same goals with the NGOs in terms of environmental protection. They don't have a hostile relationship. They can communicate and cooperate on environmental and biological diversity protection," Qin told an audience of local and international environmental nongovernmental organizations in Kunming in 2008.

Please- no more "national parks" if they are anything like pudacuo. While environmentally friendly, pudacuo is sterile, exorbitantly expensive, and the only exposure to nature it offers is via boardwalks and asphalt. In my opinion, designating in area a "national park" or "风景区" guarantees that there will be more development and mass-tourism than if it was simply left alone. But then again, this is certainly what the government intends when it brands an area "national park." How cynical...

@adamk
I disagree - for the time being. Having asphalt walkthrus somewhat controls the litter, spitting, and public urination trails - chinese being chinese - they toss their garbage anywhere, defecate anywhere, and this is most especially apparent with Kunming/Yunnan residents. Last year, some drunk (or a really huge cat) took a huge dump by our apartment wall (thankfully heavy rains wash away everything, as even the guard wasn't gonna clean that up).

Yosemite also had asphalt roads that were truly beautiful for bicycling. Of course, they also have hiking trails. I'm not sure if China has a PROFESSIONAL forest ranger service yet - so that will add to the cost of national park infrastructure - but also add to jobs and mandatory park service infrastructure, such as water, sewage treatment, garbage disposal, etc - while trying to limit the ecological damage from "tourism" attractions (restaurants, snack, gift stores, first aid station, etc ad infinitum).

National parks is definitely a step in the right direction and it's better than no step at all. China needs to "phase-in" it's environmental protection in small digestible bites as the culture learns to appreciate and more importantly learn respect for it's heritages.

At the moment - Chinese as a general culture, haven't learned simple social or community graces. Their behavior and mentality is still quite rural - carefree or careless/thoughtless/selfish. Not a complaint - merely a statement of where the general culture is today (with some isolated pockets of civilization in the Tier 1 cities and elsewhere).

Teaching people how to harmoniously co-exist with their environment is another most excellent step in helping this populous culture evolve into hopefully something better, more noble.

adamk i agree with you.

if you have ever been to china and stayed for any length of time you know what it is becoming.

i used to live in dali. one could explore the mountains at any time.
now you have to pay a lot of money to step foot on the mountain and there are teams of bicycling police trying to catch people without tickets.

eventually any place left in china with a trace of natural beauty .... will be blocked off to non ticket holders.

it is bad enough that you can't walk on the grass in most parks in china.

it is also terrible that any minority group that exists in china, is bought and sold for tourism purposes.

i once went up to the northwest to find a minority village which was not common.

once i got there i saw that the "village" had been constructed specifically for tourists.

the "minority" people lived in their normal village outside once performance hours were over.

by the way, in dali no infrastructure has been improved since they started charging big money for tickets, and started having police patrol on bicycles to catch people.