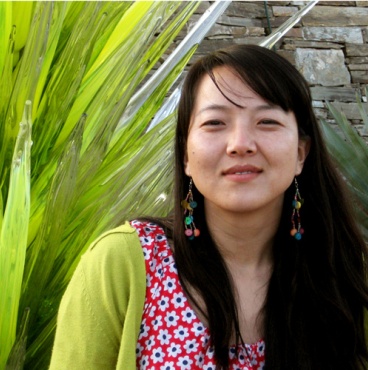 Painter, performance artist and Kunming's busiest curator, Liu Lifen (刘丽芬) has been an integral member of Kunming's creative community since 2002.

The 30-year-old Shilin native has served as gallery director at TCG Nordica and Yunart and is now focusing on her current projects, 943 Studio and the Kunming Creative Fair.

GoKunming stopped by Liu's studio in the Chuangku/Loft art compound to find out what she's observed during her years in the Kunming art scene:

GoKunming: How did you end up getting involved in the Kunming art scene?

Liu Lifen: I started becoming involved in art after graduating in 2002. I didn't know much, but I suddenly ended up in charge of Nordica's gallery, where I was involved until 2008.

GK: How would you assess the current state of Kunming's art scene?

Liu: Kunming's art scene lacks a central hub where everyone can come together, but this has always been a problem.

Chuangku was the first art district to open in Kunming, but there's not enough space here and artists who recently graduated can't afford to rent a space here. In Mingri Chengshi up north there are 40 to 50 recent art grads. At the Xiyuan tea market there are around 10 artists who have set up studios, and a few artists have studios at Minzu Cun - it's all too spread out at the moment. 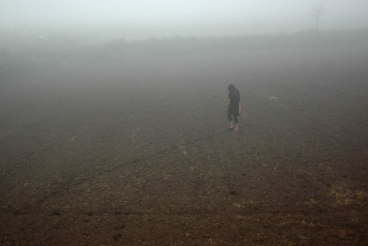 GK: How did 943 Studio come into existence?

In 2008 I successfully applied for a grant to create an artist exchange between Yunnan and Southeast Asian countries. I did this because I feel Southeast Asia is much closer to Yunnan than Beijing or Shanghai. Every year now we host one Vietnamese artist.

Liu : We're only in our third year... I think we still need time to see how things work out.

GK: You have a studio in Chuangku and are an artist in residence at the new 1919 art compound on Jinding Shan, what is your take on planned art communities?

Liu: Art-themed developments are the same in most cities. You use art or artists to make a place cool or popular and then you commercialize it. In the end, they are simply just commercial projects.

GK: Where did the idea for the Kunming Creative Fair come from?

Liu : Originally Wang Han and I wanted to make an exhibition, but we didn't have enough between us, so we started the Imart, which became My Market... we've decided now to stick with the name Creative Fair.

Our last Creative Fair in November 2009 was by far our most successful. It wasn't just handicrafts, as had been the case previously. We also had art for sale - the best example was one local artist who was selling small bottles of air taken from different spots around Kunming. 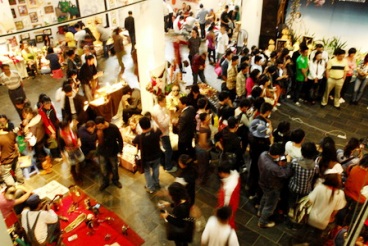 GK: When will the next Creative Fair be held?

GK: How many art events have you organized over the last eight years?

Liu: Last time I counted, I'd organized 72 events, mostly in Kunming but also in Sweden and Vietnam.

GK: What kinds of events do you want to organize in the coming year?

Liu: We want to organize events in settings outside of the city. 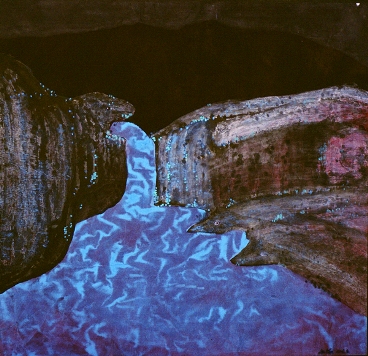 GK: What aspects of Kunming's art scene would you like to see change?

Liu: I hope Kunming artists can communicate more and be less cliquish... There's a young artist clique, Yunnan University grads are another, Yunnan Art Institute grads are another, thirty- to forty-year olds are another. I'd like to see more interaction between these different groups of artists.

Also, there are too many oil painters in Yunnan... perhaps you could even say in China.

I had met her briefly earlier this year, and I'm glad to learn more about her through you guys interview!
Thanks GK!

Hey, Beautiful girl! so nice to read about you! Wish I could see you very soon! good luck with everything!

Hi Lifen!
Nice photo and nice intervjue of you and it seems that they are counting on you.....You are really on the road now, Congratulations!
Greetings from Sweden!
Love, Eva

Hi Lifen, congratulations! I had a great time at 943Studio! You did a good job!

I have been an art teacher in Sydney Australia fo many years and am now teaching English as a Second Language at TAFE. In April 2011 I am hoping to come to Kunming to see the art works of the locals there and to buy some to bring home.

I have a friend who has just opened an art gallery in Mosman, Sydney and she is interested in Art from China.

I don't speak Chinese- Mandarin or Cantonese and feel it might be difficult getting around. Do you know of any Art tours I could do in Kunming or safe places I could stay and go out looking for art work.
I need to book my flight by Monday and would appreciate your help and maybe I could give you some advice as well. I would love to talk to you.

I look forward to hearing from you as soon as possible