We interviewed American scientist Ed Grumbine, one of the international researches who is working on the Mountain Futures Biodiversity and Livelihoods Innovations Centre in Honghe and a longtime visitor and resident of Yunnan. He is a professor of environmental policy with an academic focus on protected areas in the USA and biodiversity and cultural conservation. He has previously featured in several articles on GoKunming. 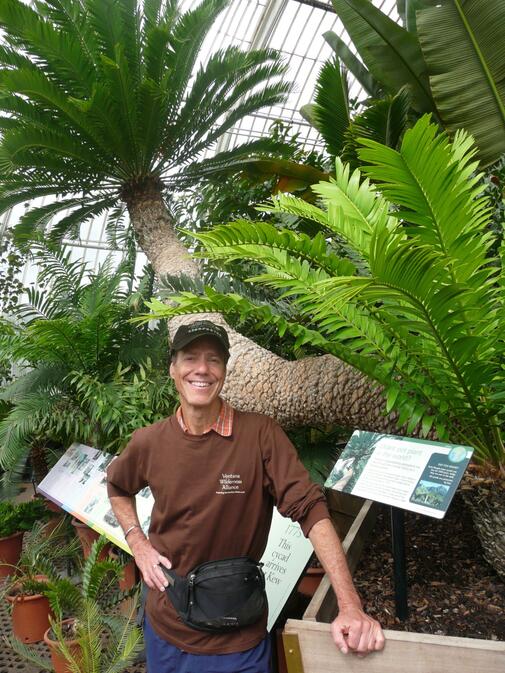 His enduring connection with Yunnan started when he first visited the province in 2005, with an interest in the Nujiang river region – a good place to have a close look at biodiversity/culture issues. Since that first visit, he kept returning every year, until he set up residence in Kunming for four years — from 2010 until 2014.

Generous funding from the Chinese Academy of Sciences (CAS), among others, allowed the team he worked with to study climate change adaption in small agriculture communities in Lijiang, and across the Himalaya with parallel studies conducted in Nepal and Myanmar. He also did work on hydropower development in the Mekong River. This allowed him to advocate for fewer dams on the Mekong, and stronger protections for local people and the ecosystems that support them.

While living in Kunming he married an administrator, who worked at the Xiamen branch of CAS. In early 2014 they moved back to the USA, though he kept returning for short visits, and over the years he has built a large network in his field in Yunnan and beyond.

Over time he has developed a research practice that eschews the 'either-or' dichotomy of nature vs humans, where he studies biodiversity issues linked with livelihood protection of the people who live in mountain areas.

Current project in Yunnan: Protecting mountain habitats and their residents

Earlier in 2019, he received a short-term senior scientist fellowship with his old team at the Kunming Institute of Botany (KIB), including Peter Mortimer — the oldest and most prestigious institute in China in this field. Ed's new work consists of a global review of innovative ways to better protect mountain habitats and their human residents, including examples from Yunnan. He also will contribute to his team's participation in the UN Biodiversity Conference to be held in Kunming in fall 2020. 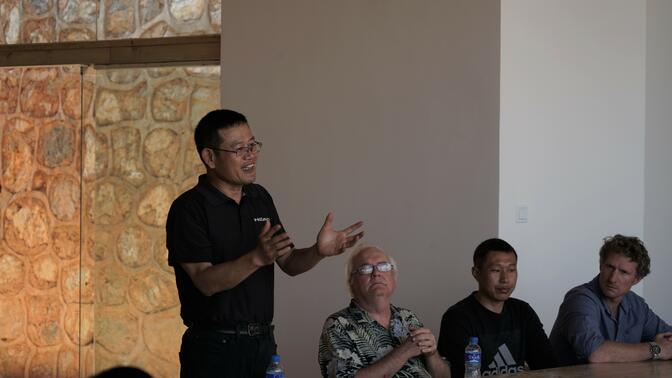 Apart from the work related to the fellowship, Ed has a personal interest in writing about the many changes — social, ecological, political — that have occurred in Kunming, Yunnan, and China over the last five years. This holistic approach provides context, transcending oftentimes narrow academic fields.

The team Ed works with is under the Centre For Mountain Ecosystems at KIB. This is a global effort headed by Distinguished Professor Xu Jianchu. The work is linked to the Mountain Futures Initiative, an international consortium of researchers focused on combining ecological and social efforts to protect mountain habitats while helping local people build sustainable livelihoods in a changing world. Solutions discovered at the centre may also be used in other mountain regions where appropriate. 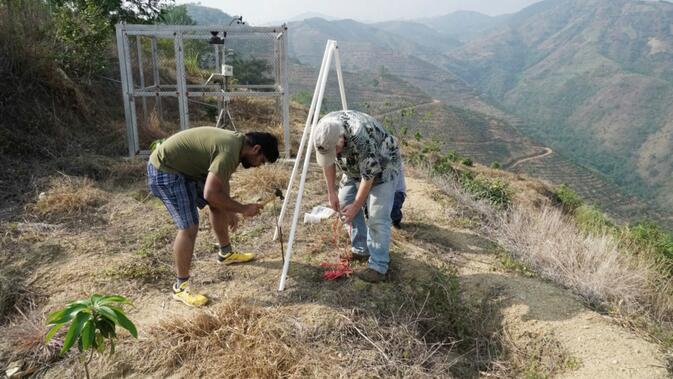 Mountain Futures research base in Honghe

It has been hard to escape recent dire news, describing breakdowns in climate change and biodiversity protection efforts. But there is positive news here in Yunnan. In mid-November 2019, capping a year of efforts, the Centre For Mountain Futures hosted the opening of the headquarters of the Honghe Innovation Centre for Mountain Futures. The centre will be ground zero for the development and implementation of innovations to bolster local farmers' livelihoods, while restoring degraded ecosystems in this poor area of the province. 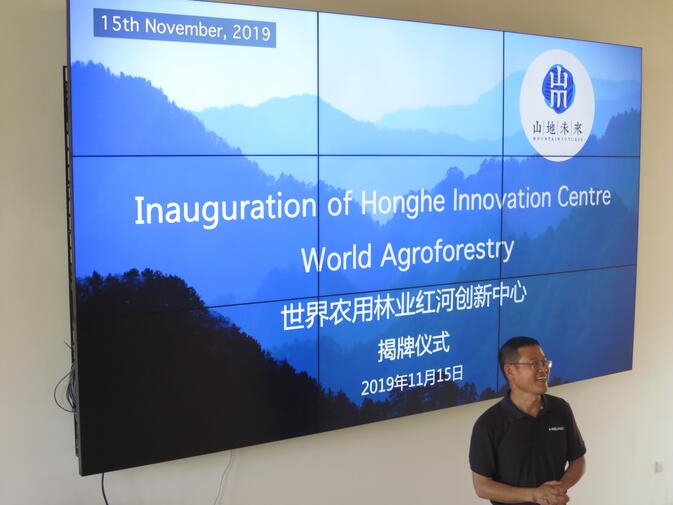 However, the Honghe Centre will do more.

Our vision is to create innovative solutions to ecological and social problems facing mountains and their people. We want to share scientific knowledge that directly helps local people develop ways to make their livelihoods more sustainable.

The Centre has the full support of the local government. To help build the Centre, officials donated some 200 hectares of land and 15 million RMB.

The Honghe Government pledges its full resources and backing to all those engaged in poverty alleviation in the area. Local government officials are eager to work with all stakeholders in tackling social, ecological and economic issues 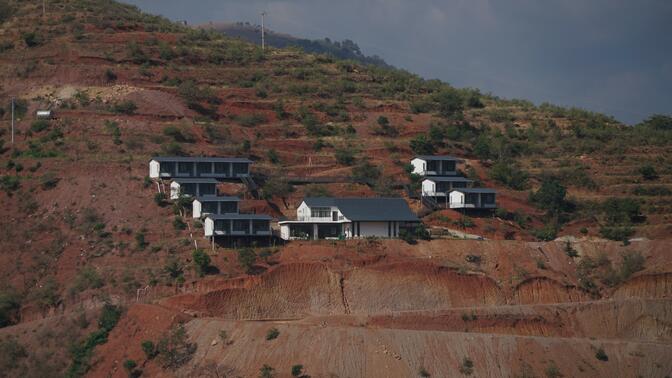 Though it has only been open less than a year, multiple projects are already underway at the Centre. A mushroom factory in Honghe town is experimenting with circular agriculture where wastes are cycled back into the next round of production. A local cooperative has been established so that farmers can benefit directly from selling the mushrooms through the Mountain Futures website. Workshops have been held, focusing on coop farmers learning how to better connect their products to specialty markets and e-commerce. 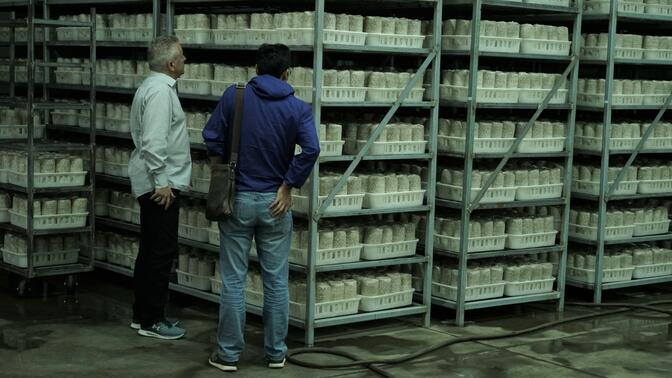 Five varieties of mangos have been planted to explore which one is best suited to the growing conditions that local farmers face at Honghe.

We want to use our plots to make appropriate recommendations for the successful cultivation of mangoes across highly diverse terrain.

In addition to mushrooms and mangos, another project is focusing on turning poultry manure into an innovative fertilizer high in amino acids. Furthermore, a new drought-resistant variety of coffee will be planted in trials next year, as Yunnan faces future impacts from climate change.

On the drawing board at the Centre: experiments with restoring biodiversity on degraded lands, new tree crops for local farmers, and national social enterprise certification that will ensure that farmers maximize sustainable growing techniques as well as profits.

These efforts on behalf of people and nature come none too soon as we face ongoing impacts from environmental and social change. But the time is now.

When Professor Xu was asked about the benefits of the Honghe Centre he replied: 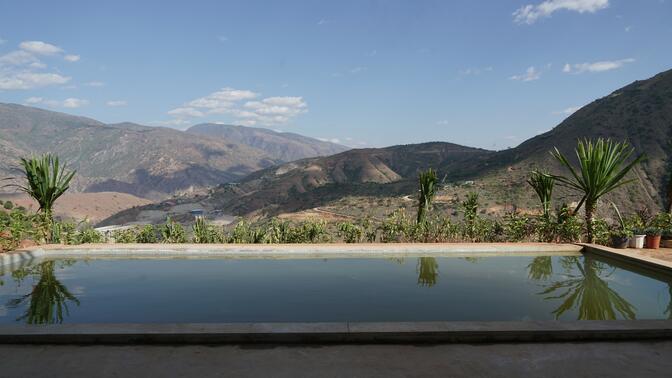