After five years in China, I decided my time was up. I quit my job in Yunnan, packed my things and headed south, plans uncertain but with the hopes of finding a new home in Myanmar. I decided the best route would be to head south through Laos, down into Cambodia and up through Thailand. The last step would be crossing into the land once called Burma, one of the most ethnically diverse countries in the world.

As I left China and crossed the border at Mohan (磨憨) in Xishuangbanna Prefecture, I remember having a feeling of intense anticipation that once I stepped into this new land, I'd be starting a journey that may just change my life forever. Looking back, I'd say it did. 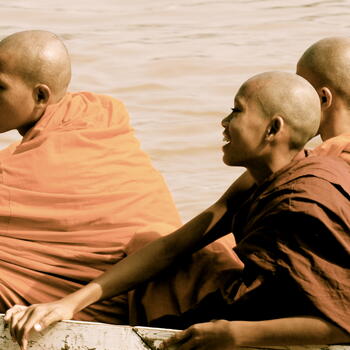 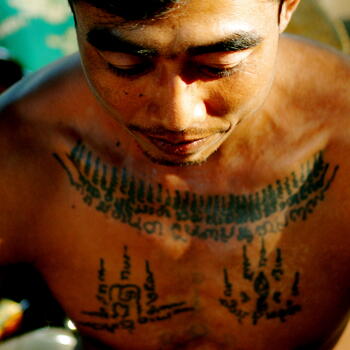 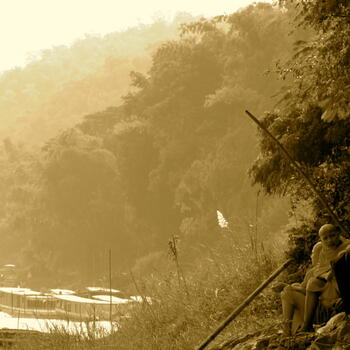 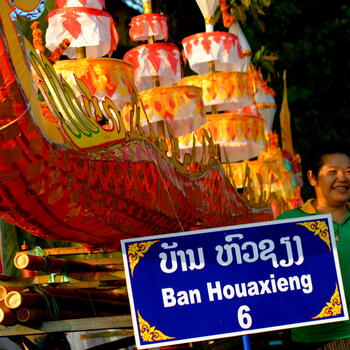 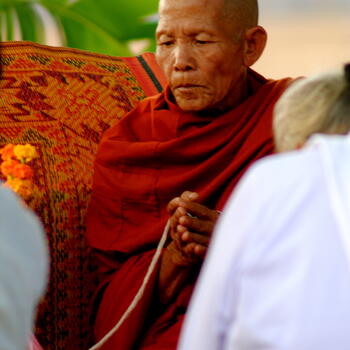 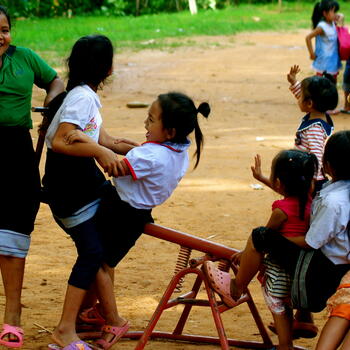 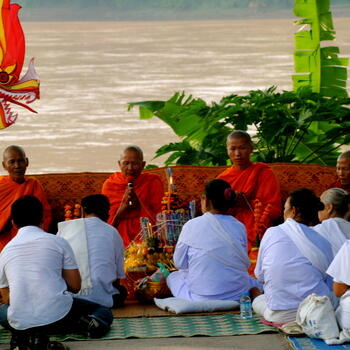 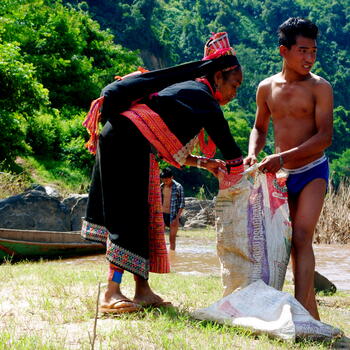 My arrival in Laos coincidentally happened just as Buddhist Lent ended. In Southeast Asian countries — especially Laos and Thailand — this holiday ends three months of intense reflection on the teachings of the Buddha by monks and initiates.

I had first made my way up the Nam Ou River on a boat heading into Phongsaly, an ethnically diverse and very Chinese-influenced region of northern Laos. As we made our way up the river, I was amazed at the number of boats rowing about in the water, not to fish, but apparently just for fun.

What I didn't know was that everyone was preparing for celebratory boat races held each year to commemorate the end of Lent — called Awk Phansa in Laos. The period of reflection for monastics typically starts in July and ends 90 days later in late October. The exact dates vary from year to year, based on lunar calendar calculations.

After a long and bumpy night bus from Phongsaly to Luang Prabang, I awoke to find myself in a beautiful ancient city, one where Buddhism was apparent everywhere, one that was full of activity, and was conveniently nestled right on the shores of the mighty Mekong River.

As I would learn upon arrival, the boat races play an incredibly important part of Lent. Villages bring together their best to compete against each other on the Mekong, while monks, city folk, and tourists come together to watch the races, which I found were best enjoyed on the opposite side of the river from my guesthouse.

The competitions began early in the morning, with brightly dressed teams piling aboard long, skinny canoe-like vessels in preparation of some furious paddling. Some of the boats were ten meters long or longer, and all of them were gorgeously painted and decorated. The amassed teams reached impressive speeds during the heats, streaking through the water in a flashes of color.

As I sat around enjoying the races with thousands of others, I had the pleasure of making friends with some locals. They soon invited me away from the hawkers, touts and food stalls back to their home to have a drink. Similar to Yunnan's potent spirit zikaojiu (自烤酒), laolao is a clear homemade liquor. Laotian people thoroughly enjoy drinking it. Unfortunately I did too.

Although I miraculously made it back to my guesthouse on the opposite bank of the river, I was unflatteringly covered in mud, missing a shoe, and was the proud owner of a newly broken phone. When I came to the following morning in my own private hangover hell, I decided that staying away from laolao in the future would be advisable.

Although still groggy from the previous day's activities, on the very last day of Lent going out to experience the final celebrations was a must. Monks, young and old, were everywhere, giving blessings to different communities and their handmade boats.

It was solemn and celebratory all at once. The monks briefly met with group after group, dispensing the merit they had spent so much effort accruing over the past three months of meditation. That much of it was done on the Mekong, made it all the more lovely. 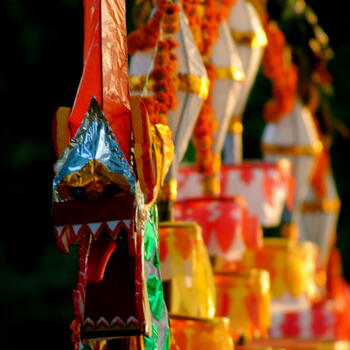 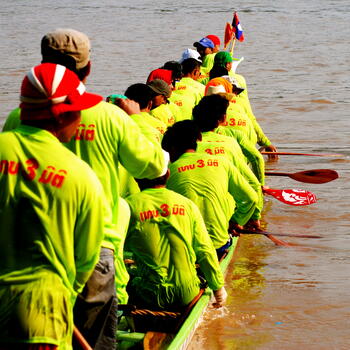 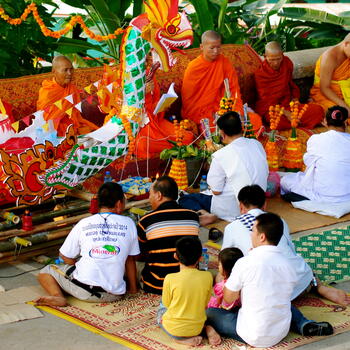 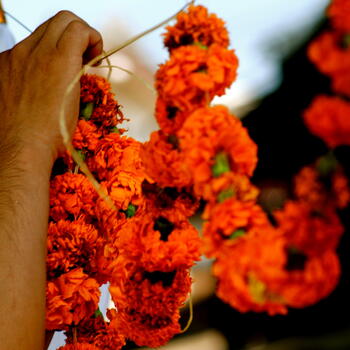 After so many years in China, I had forgotten how close people can be connected to spirituality. Much of my time in Laos was a positive reminder that in Southeast Asia, spirituality was and is still a hugely important part of life for nearly everyone.

The Lent experiences I had on the shores of the Mekong were an amazing way to start what would become a life changing adventure. And ultimately, breaking my phone was a blessing in disguise. I was able to spend the next three months mobile-free, able to enjoy my adventure with one less digital distraction.

Thanks Sean. A really interesting read - more relatable and less of a corporate sheen. Some lovely pictures in there too. We could all use a break from our phones sometimes but the 'always on' Wechat is quickly becoming a fact of everyday life in China, epecially for those in work. This was another little reminder that life is beautiful.

You should have told the readers how you broke your phone! hahaha. It was an adventure that also changed my life and reading it brings me back to all those memories. Thanks for sharing homie and really hope to see you in another great adventure learning how to live.

@Leo27, good suggestion brotha man, I'll do that. So after what had already surpassed what would be considered the healthy serving portion of laolao, I think I finally said that I wanted to get us some Beer Laos! So we came back with a box of large bottles and in an effort to be cool, I thought it would be a wise idea to open the first bottle of beer laos with my phone, cracking the screen internally rendering it unusable. Way to go me.

Admire you for venturing into a land now more & more unknown - not Laos, but the land of no @##%& cellphones, wechats etc. - there's reality down beneath there somewhere, keep on digging!