Nick Neynens is a paraglider and an adventurer who began making flights in earnest in 2011. He has now flown in the Alps, the Pyrenees, Africa's Drakensberg Mountains and the Indian Himalayas, to name just a few breathtaking locations. He shares these experiences through blog posts and photography on his website Sharemyjoys, as well as on Instagram.

We caught up with Neynens shortly after he flew in Yunnan above Tiger Leaping Gorge. His trip also took him all the way to Shangri-la and further still to Benzilan in southern Sichuan province. He generously shared his experiences with us in a post-flight interview — accompanied by some great photos and video footage — revealing a truly different way of seeing one of Yunnan's most spectacular natural vistas.

GoKunming: Why did you choose to fly over Tiger Leaping Gorge?

Nick Neynens: Mostly it was convenience. My brother had organized this cycling trip and it was along the route. I circled around half of the mountain [cycling], which made me excited to give it a try flying. Although it looked pretty formidable with trees going all the way up those rocky ridges.

GK: Was it as formidable as it looked?

Neynens: I didn't have too much trouble getting up the ridges. For sure the trickiest, most worrying part of this flight was crossing Tiger Leaping Gorge, because all the wind was squeezing in between the Jade Dragon and Haba mountains. So, it was quite a push to get across there without getting swept into the gorge. 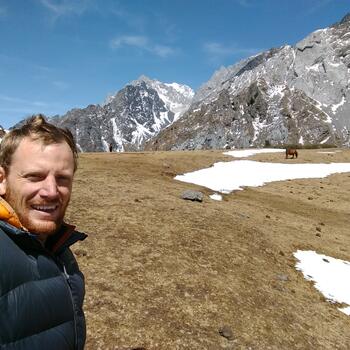 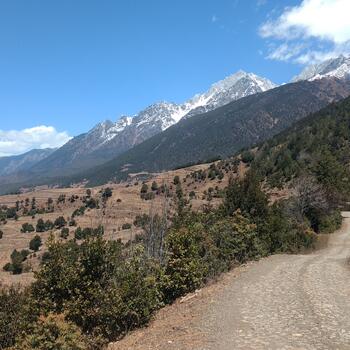 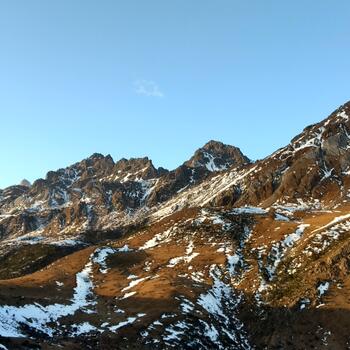 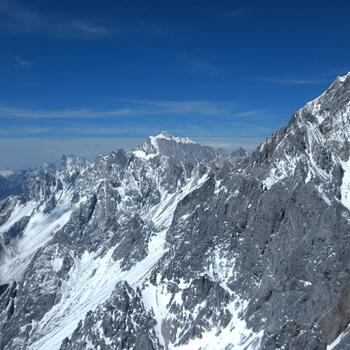 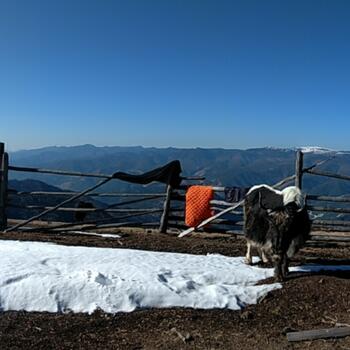 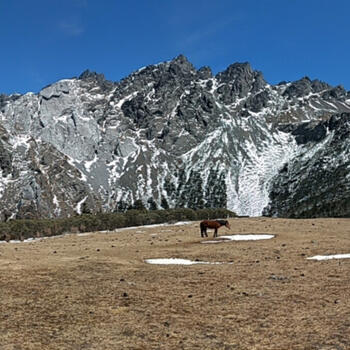 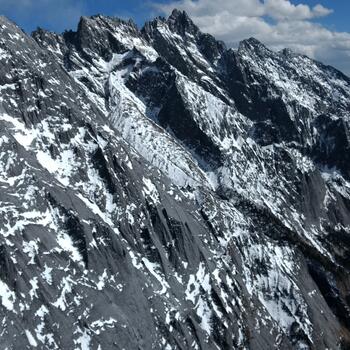 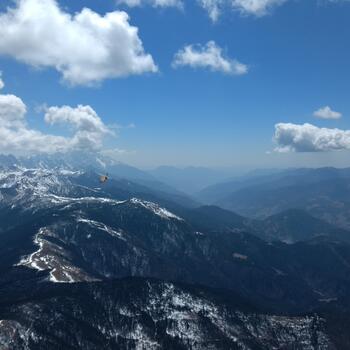 GK: What was the highlight of your flight?

Neynens: The biggest highlight would have been flying with vultures during the second part of the flight. They really made me feel like family. They weren't just flying near me and around me, they were flying right on my wingtip. They did some acrobatics and there were about twenty of them at one point.

As I kept pushing north, they'd join me and then fly back as if to encourage me to keep flying with them. Or maybe they were trying to discourage me from going north because twenty kilometers or so north when I did finally land, it was quite dangerous because I was slowly getting blown backwards and up by the wind. It wasn't the most graceful landing, but there was no harm done.

GK: How much choice do you have in getting a good landing?

Neynens: When I'm thinking about places to land, the higher you are the easier it is to find nice grassy slopes above the tree line. I'd chosen this landing because it was a nice grassy place I could take off from the next day and there were also some shepherds' huts where I could find shelter for the night. One side was open with great views of the mountains as the sun set. The next morning I was joined by several yaks who inquisitively approached my tent, so close that I had to put up wooden barriers to stop them nibbling on my gear.

GK: Where did you go from there?

Neynens: The previous night I had been talking to my brother about his plans and I hoped to meet him in Benzilan. Initially I thought I could fly there, but I didn't make a valley crossing south of Shangri-la. I had to do some hitchhiking to get to another launch site. My brother Ben told me his exact location so I could land near to the hotel, but the problem was getting down because the winds were meeting above the valley.

It was very turbulent and even as it was getting dark there was still a lot of lift. By the time I finally landed on a sandy river bank, I had attracted the attention of the whole town, including a couple dozen police officers. So, that night I was arrested. It wasn't the nicest way to end the trip, but apart from one or two guys, all the police were really very friendly people.

GK: How do you feel about flying in such challenging locations?

Neynens: It's definitely an adventurous kind of flying where you take risks and sometimes it doesn't pay off in terms of getting a good flight. A lot of pilots fly a lot of their flights from the same sites, the same kind of routes, because usually one place is more reliable and easy.

Sometimes they fly further [than they did before] and other times they don't. Depending on the pilot they might get frustrated if they don't fly so far. But the great thing about adventurous flying is it's always going to be a new experience.

GK: How did this Tiger Leaping Gorge trip compare to other flights? Where would you rank it?

Neynens: It's hard to rank flights. They all basically are very memorable. But China was not much different to my expectations. I didn't have a lot of flights, but then again I didn't expect to. It's more like a happy-go-lucky attitude and there were a lot of unknowns. There were a few opportunities where I could get to a good launch and everything worked out right and that made it all very worthwhile.

Rugged country, beautiful pics. Nice to see these fabulous mountains from above.

I'm trying to identify the mountains shown. The top photo with the article title overlaid, is Haba Snow Mountain I'm pretty sure, based on comparison with photos I've taken from the ground.

These mountains had never been flown above their summits with a paraglider wing' let alone cross the gorge and continue to Shangrila in a narrow and marginal weather window. Many in china claimed it was impossible but i knew it's no different than any other location on this planet..
It's sad a few uneducated police officers interpret and apply china's aviation laws to paragliding . The police interpret Nick flying a 747 towards the china/Tibet border but, officially; paragliding is recognized as a sport, not a full sized airplane by the Chinese government, including CAAC.

Nick is a very talented and experienced athlete, Thumbs up for Nick's route..

Great article but there is a location inaccuracy. Benzilan is not in Sichuan but rather still in Yunnan just across the Jinsha River from Sichuan. The town on the Sichuan side is Derong.