By Patrick Scally in Features January 5, 2018

With a bit of help from Thomas Hardy, we bid adieu to the first six months of 2017 as December wound down. It was a busy 187.5 days. So too was the second half, which was chock full of recipes, old school travel, film reviews, a shiny new bomb shelter for 20,000 and so much more. Here's our look back on the stories making headlines on GoKunming from July through December 2017. Enjoy! 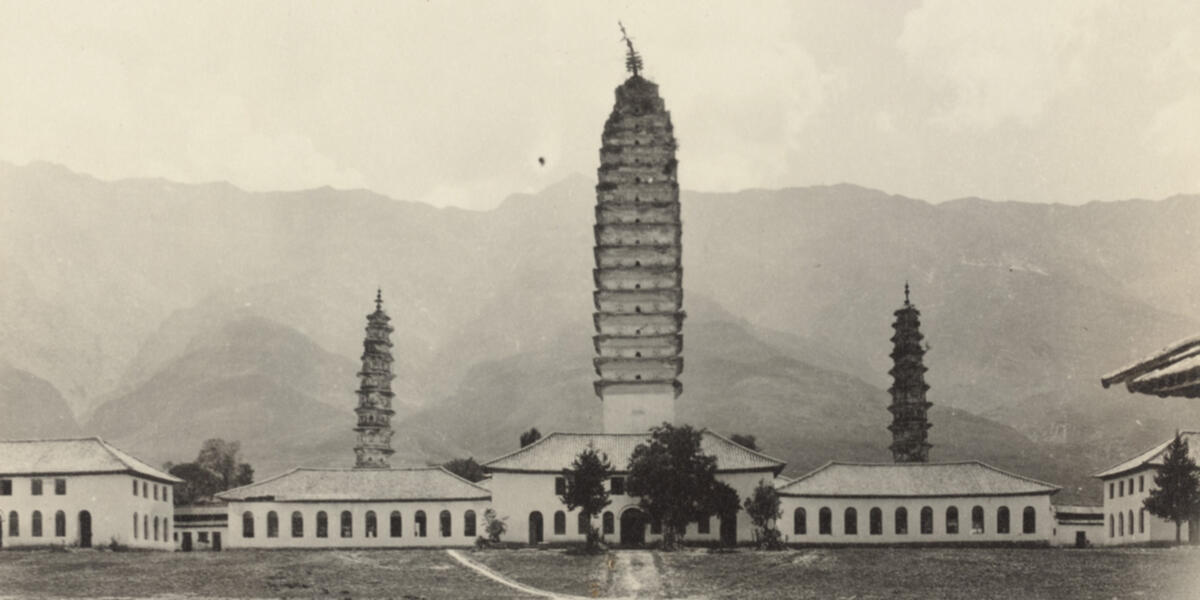 We kicked off July with a recipe for 'frogs carrying slate stones' — which involves neither rocks nor tailless amphibians — before saying goodbye to some very special friends. We miss you John and Cas! Next up, alcohol was banned and no one liked that, Adam Liebman taught us a whole bunch about trash and we stumbled upon a hidden hilltop retreat secreted away in the middle of the city. We published three excellent collections of photography, one of Pu'er in 1920s by the inimitable Joseph Rock, another more modern group of portraits taken of residents living in Yunnan's remote Dulong Valley and then more of Rock's pictures, these taken in Dali nearly 100 years ago. Then it was time to eat again, and this time we filled up on a delicious dish of erkuai with ham from Dali. And speaking of Dali, we delved into the region's fascinating history with Jim Goodman, the best guide we know. Next up were more of Rock's photos, this time of the wild places he explored outside of Lijiang. 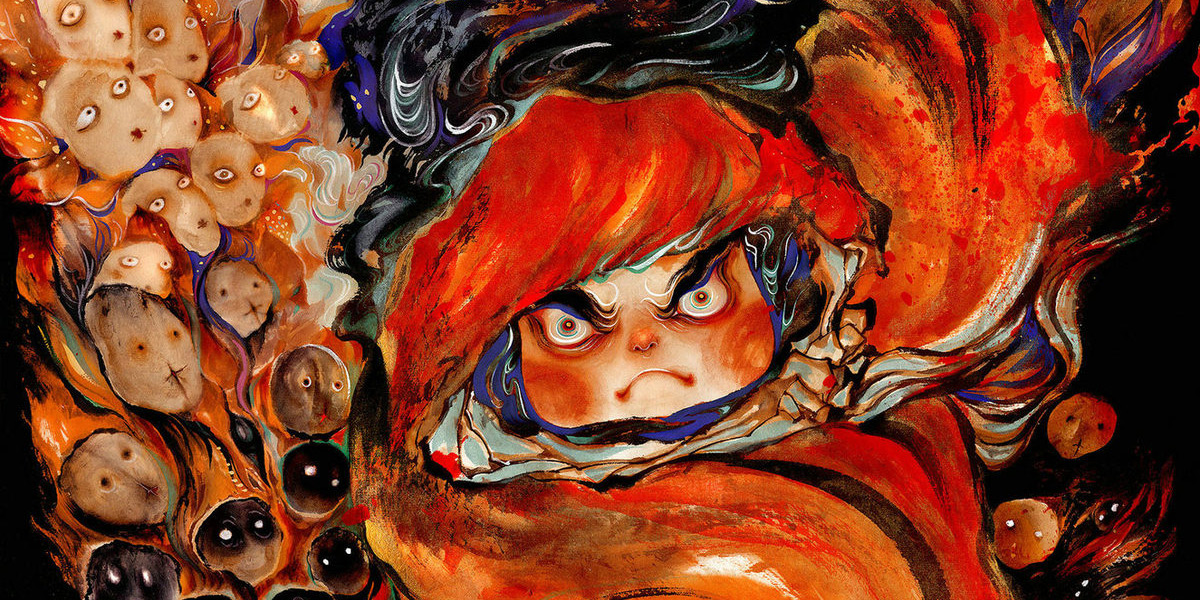 August turned out to be a visual month, and we began with a review of the uniquely Tibetan road movie Paths of the Soul. Although briefly banned by in the PRC, it is now widely available in China. Camera traps spotted an endangered bear not seen South of the Clouds in nearly five decades. Then it was time to volunteer in one of Kunming's forgotten urban villages, discuss the impact and provenance of the country's second largest dam, look into communally owned forests first established generations ago and create the perfect genetically engineered Franken-rice. After all of that, it was movie time once again. We analyzed the controversial and very bloody animated film Dahufa just as China cracked down on what Beijing characterized as an "epidemic" of miscreant business behavior. We interviewed a man obsessed with photographing China's remaining wild places, earthquake-proof Yunnan homes caught the attention of the world's architects and looked good doing it. Can we get one please? Thinking Yunnan food was not yet spicy enough, food scientists looked to create what they think will be the world's spiciest pepper. Looking to cool down after those peppers, we explored the lives and culture of northwest Yunnan's enclave of mountain-dwelling Yi minority. Lawsuits and chemical factories made headlines, the remnants of a typhoon messed everything up and the Spring City's newest subway line geared up for its first passengers. It was déjà vu all over again as we reviewed another anime film — this one with much less gore — and the photos of Joseph Rock in Lijiang made us all wish for simpler times. 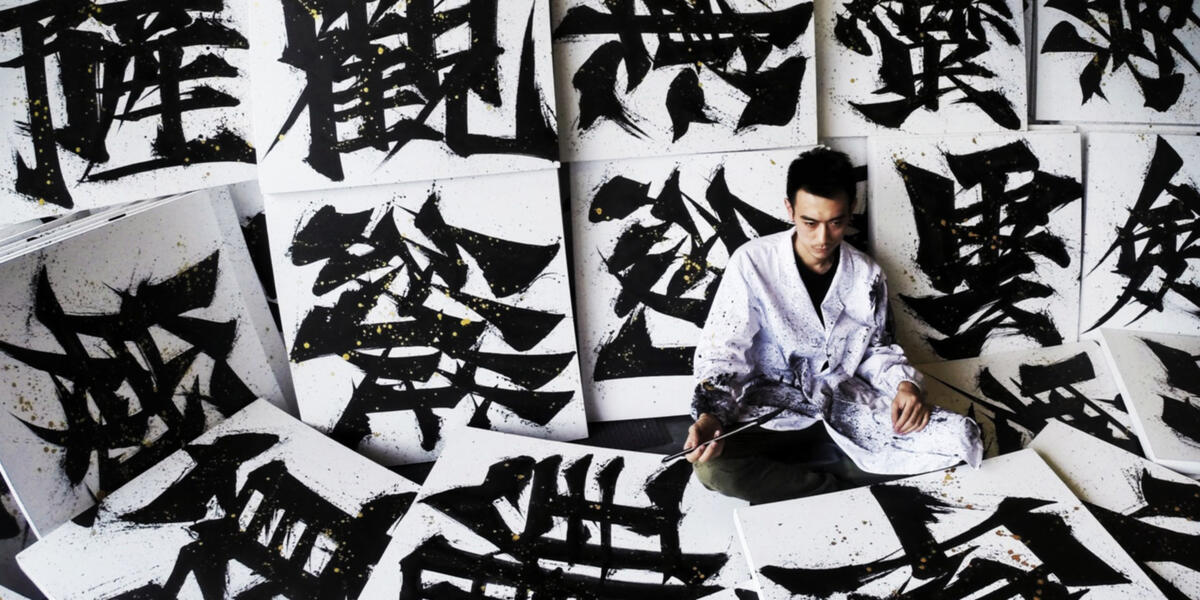 An intrepid group of local amateur historians discovered a lost Flying Tigers command center, once-marginalized ethnicities in Yunnan were dealing with modernity and university students in Kunming had to run a very long way, whether they like it or not, to earn their degrees. Maybe they can run through the 37 new parks the city plans to build or, like Lijiang, go to Venice and take a spin around the film festival circuit. Probably not the latter. Electric vehicles were on Beijing's mind, Pu'er tea growers got really angry at a grumpy and slightly trolling blogger while for some reason, it seemed like a good idea to build an absolutely massive bomb shelter in the middle of Kunming. Safety first! Traffic congestion sixty-sixth. A local artist paid no attention to the possibility of future air raids, and instead created something lovely we'd never seen before. Film reviews were back on GoKunming and so were the continuously fascinating black and white photos of Joseph Rock. This time the intrepid explorer took us on a trip to Lugu Lake. The province got serious about all sorts of things, including heart health, preserving Naxi wedding traditions in a very modern way and saving ancient Tibetan scrolls discovered in the wilds of Shangri-la. Closed for months, Haigeng Dam — the city's largest waterfront property — got ready to look good while washing up. We checked in with the Bulang people of southern Yunnan — who eat some delicious tea, by the way — and then it was time for a Happy Mid-Autumn Festival. 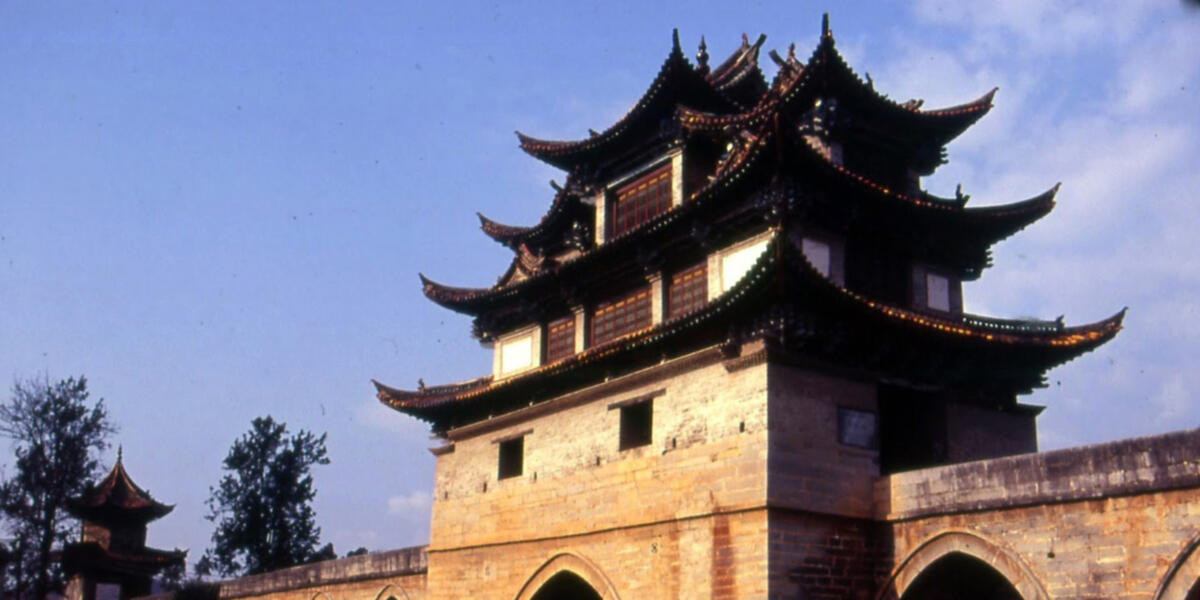 One holiday just wasn't enough for China, so we got in the festival mood once again and took some time off for National Day and for the country's annual celebration of harvests. While we were taking it easy, drug dealers and exploding meteors made their presences felt and Shangri-la was consequently flooded with people looking for space debris. Advanced, and arguably worrisome, biometric technology showed up in Yunnan, as did a man named Stan with a plan to bring his landscape-spanning artwork to southwestern China. As if cool and gigantic art wasn't enough, some truly undaunted explorers whitewater rafted their way down the previously un-floated Dulong River Canyon. We've got a sexy little video to prove it. Seemingly in response, the central government decided a comprehensive national park system was perhaps a good idea. So too, apparently, were the building of more and more and more high-speed railways, no matter the cost. Tiring a bit of all things modern, we delved into the history of lovely little Jianshui in the center of Yunnan. A mutant of a mushroom was found and surprisingly not summarily turned into soup. And while we're on the subject, did you know some fungi have a sweet tooth for eating up plastic garbage? Well they do, and that predilection may help the health of the planet. From potentially world-changing science, we moved on to the far more mundane field of social manipulation and its red tape flotsam. 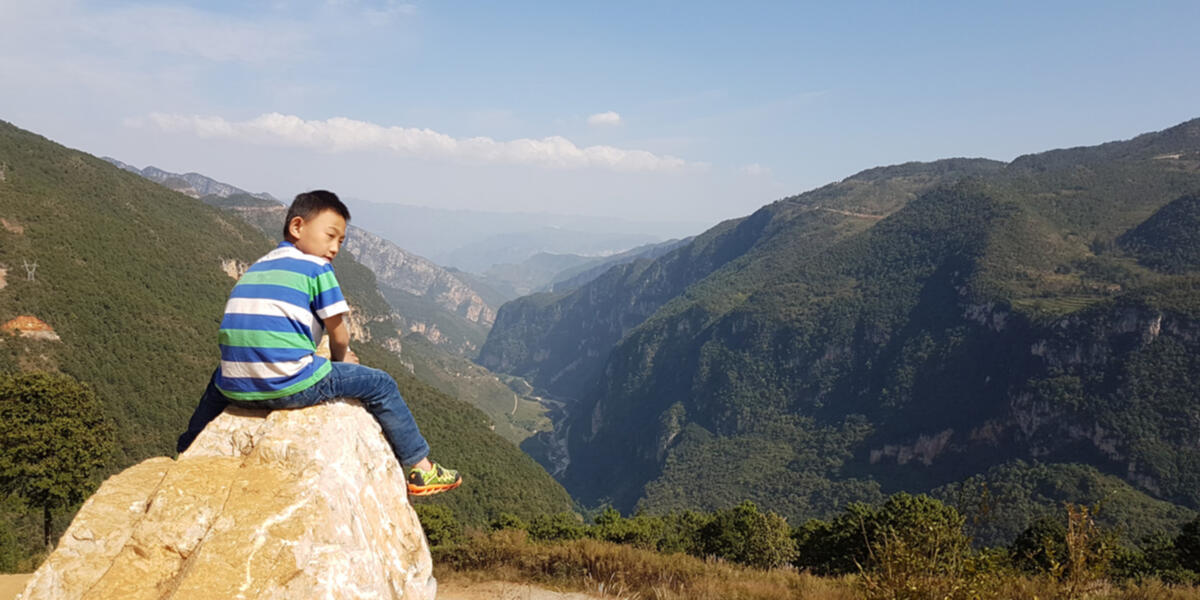 What do Xinjiang and California have in common? Sorry, it's a trick question — at least until China definitively decides to divert the headwaters of the Brahmaputra River so it can open wineries, grow Napa cabbage and elect Ronald Reagan governor. While one corner of the country nursed dreams of earth-shaking transformation, so too, in their own way did Kunming's woe-begotten city management officials. Yunnan dealt with drugs — note that read 'dealt with' and not simply 'dealt' — while we trained up to the province's northeast to check out a gargantuan bridge. Back from our excursion, we were introduced to Sani music by the band Manhu, and it was great. Tunes of a decidedly different tenor reverberated from a Kunming night club and Yunnan companies fled in terror. Well, not exactly. While we threw a party for the best of causes, scientists discovered huge predatory otters once ruled the province. That bridge we just mentioned? Well, err, we hate to tell you, but an associated train line has some serious problems. Myanmar had problems of its own, and China's foreign minister waded in reluctantly. Yunnan hitched its little red wagon to the tourism industry and we bid a very sad farewell to one of the province's most inspired and original musicians. Our annual charity event for kids with dangerous heart ailments was both a great time and a rousing success this year, so thanks again to everyone who made it possible! Following the fundraiser we revisited the stunning Dulong Valley, caught up with its residents and thankfully avoided some very nasty booze cooked up by idiots in Guangzhou. 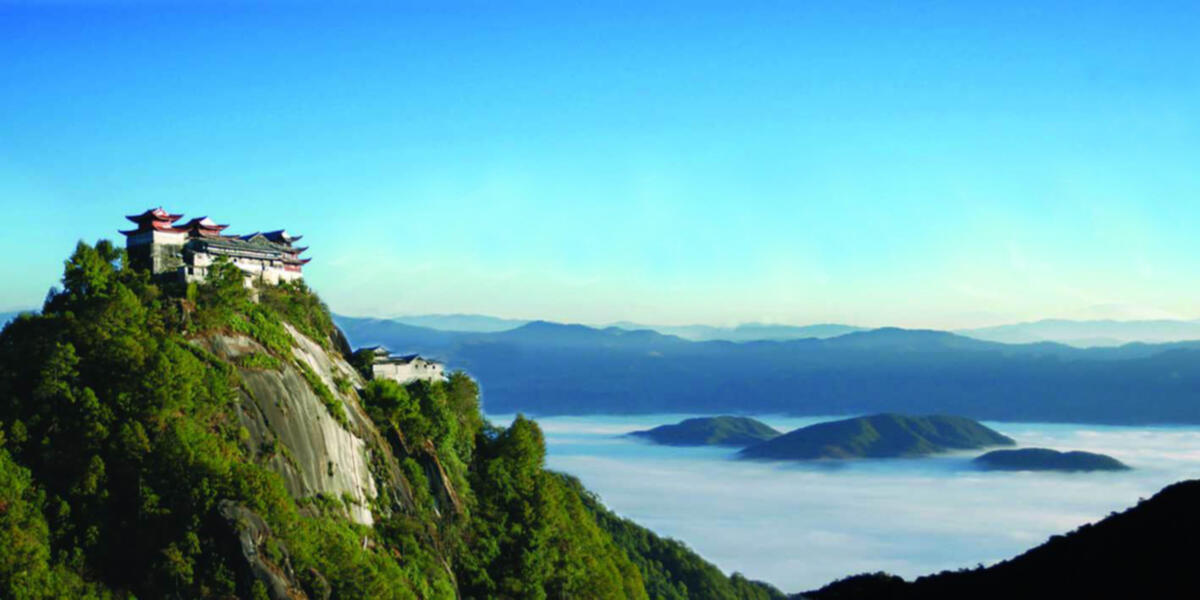 The year sped toward its end and that meant it was time once again for some good ol' democracy. We got in touch with our smelly side, swirling rumors about Kunming's best market were put to rest and the province's busy archeologists unearthed some amazing stuff in the dirt of Wenshan. Meanwhile, other plucky scientists found Yunnan bats may have caused an epidemic. Recognition a very long time in coming was bestowed on a World War II cemetery in Tengchong and life was good for Chinese-language students in Kunming. Things were also rosy back in Tengchong, but not in far-flung Lanping Bai and Pumi Autonomous County, where truant kids faced the ire of the government. Kunming temporarily lost a piece of its charm, making the whole town pretty sad. We went back to Smellville, celebrated Christmas with Tibetans and then popped down to Yunnan's jungles to meet some decidedly interesting folks we hadn't heard of before. Following a hectic and often inspiring year, we found ourselves right back where we started 365 days before. Happiest of New Year's everyone. Here's hoping 2018 is a carefree and healthy one for all of you, and that the Year of the Dog proves both prosperous and peaceful!