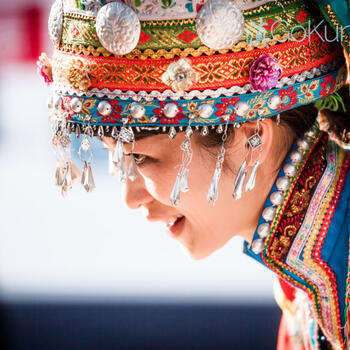 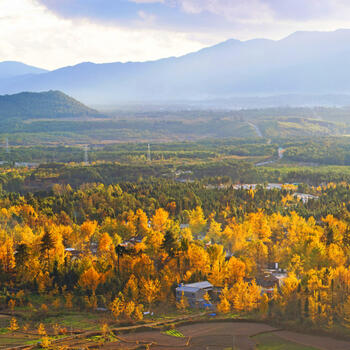 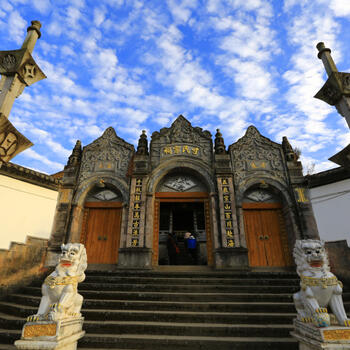 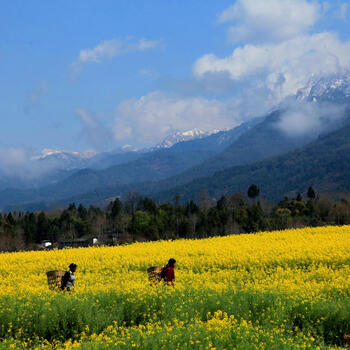 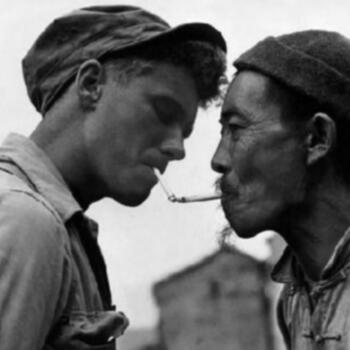 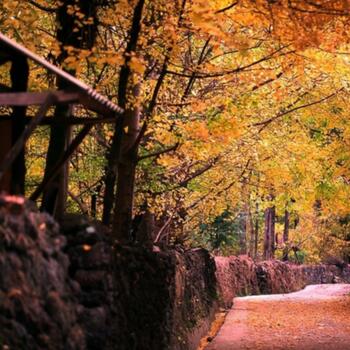 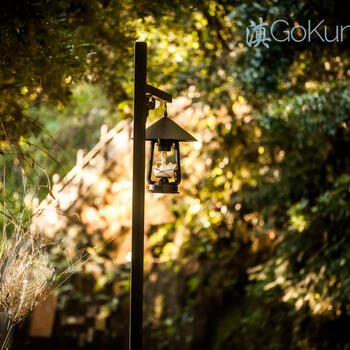 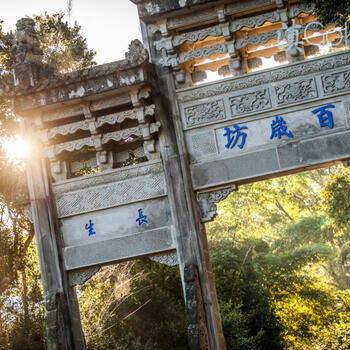 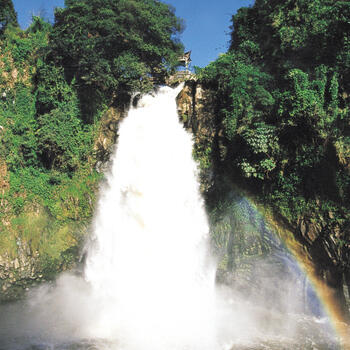 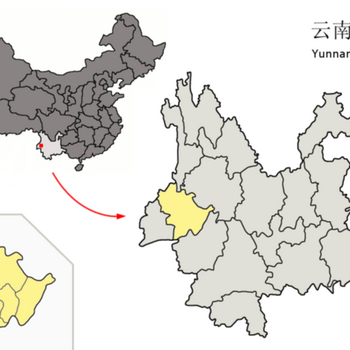 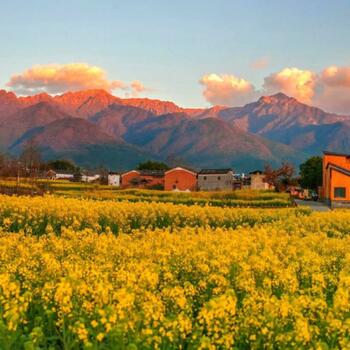 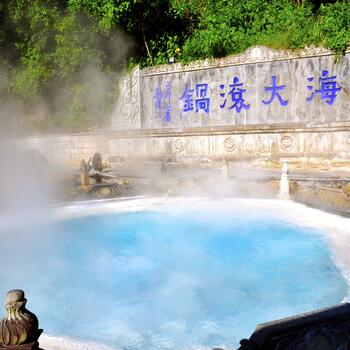 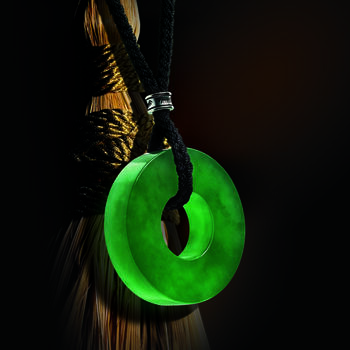 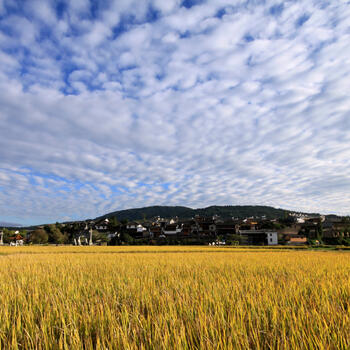 A quick introduction to Tengchong

Tucked away in the countryside close to China's border with Myanmar, Tengchong (腾冲) features an array of active and extinct volcanoes, boiling hot springs and spurting geysers. It also contains the lovely Gaoligong Mountain Range, some of the most biodiverse wilderness in the entire country.

Tengchong is the name of both a city and its surrounding county roughly 430 kilometers due west of Yunnan's provincial capital Kunming. While they cannot claim stupendous ancient ruins or a thriving nightlife, they more than make up for it with access to stunning natural scenery and an oft-forgotten but fascinating history.

Tengchong County is home to people from nearly half of China's 55 ethnic minority groups. That diversity makes the region's food incredibly varied, and most visitors will be amazed at the variety of edible flowers, fungi, insects and wild greens available at any dinner table.

A quick list of recreational options is more than enough to whet the appetite of anyone interested in seeing a side of southwest China that is equal parts wild and culturally important. Some of the major attractions in Tengchong include:

The county where Tengchong now sits has been occupied for at least 2,000 years, according to Chinese dynastic records. The city itself was a fortified commercial center as early as the Han dynasty (221–207 BCE) because of its strategic location as an outpost on the far periphery of Chinese influence.

One thousand years ago however, the town was a major stop along the Ancient Tea Horse Road (茶马古道) — a trade route today more commonly referred to as the Southern Silk Road. Tea grown in Yunnan's south was moved northward along this interconnected spiderweb of mountain paths, while hearty ponies raised in Tibet were caravanned in the opposite direction to be sold in market towns across southern China.

Tengchong maintained its importance as a cross-cultural trade depot for centuries, and the town boomed and busted depending on the favor of whichever minor kingdom or giant empire controlled southwest China at any given time.

Today, however, when one mentions Tengchong, most Chinese immediately think of World War II. The city and its surrounding countryside were taken by Japanese military forces invading from neighboring Burma in 1942. Two years later — and after dozens of major skirmishes — Chinese forces aided by American air assistance liberated the city.

More than 70 years later, Tengchong lovingly preserves its history — and increasingly its natural places — while also working diligently to attract people interested in getting out and doing things in nature that simply aren't available in many other parts of the country.

Climate, geography and wildlife in Tengchong

The geography of Tengchong is characterized by a few flat plains, endless rolling hills and, to the east, the majestic Gaoligong Mountains. This thin, slender range is part of a much larger geological upthrust that created the Himalayas. In Tengchong the mountains rise at their highest to 3,780 meters.

Down in the valleys the climate is generally mild, while the tallest peaks of the Gaoligong range are often blanketed with snow during autumn and winter. The monsoon season usually begins in May and runs through August. But on clear, rainless, summer days temperatures can sore to 30 degrees centigrade.

The generally warm and moist climate, combined with variances in elevation, make Tengchong a biodiversity hotspot, both in terms of flora and fauna. By some estimates the region is home to more than 2,000 types of plants and nearly 800 species of mammals, fish and birds. Rare and endangered snub-nosed monkeys and even sun bears inhabit the forested slopes.

What to do and where to go in Tengchong

Hiking: Getting out on a mountain or meadow path is becoming de rigueur in Tengchong these days, and for good reason. The wildlife spotting options are tremendous — especially for bird watchers and mushroom hunters. Hotels and guesthouses should be able to recommend the best hikes based on season, as well as arrange transport to the trailhead if necessary.

Volcanoes: The National Volcanic and Geothermal Park is one of the area's most popular destinations. The area has three large but extinct cone-shaped volcanoes, all of which are now covered by dense forest. Tours from the air by balloon, provided by park authorities, cost 220 yuan per person for ten minutes aloft.

Rehai Geothermal Scenic Area: Another popular destination for visitors. It features boiling hot springs, geysers and recreation areas where you can have a soak in volcanically heated pools.

Yunfeng Mountain: Located 50 kilometers north-northwest of Tengchong. This spectacular cliff is topped by a 500 year-old Daoist Temple that looks straight out of the movies.

Jade shopping: If you go to Tengchong, you should probably check out the thriving trade in jade. Myanmar jade is considered by the Chinese as the highest quality in the world, and the Tengyue Jade Market is bursting with it. Get ready to haggle!

Heshun: Just outside of Tengchong is Heshun Old Town, a tiny little hamlet dating back to the Ming Dynasty. It contains lovely and lovingly preserved temples, ancient houses, cobblestone streets and a slower, traditional way of life. Boutique hotels and high-end restaurants are more and more prevalent in the village, as its reputation as one of Yunnan's most relaxing locales continues to grow.

Golf: The Gaoligong Golf Club, located in the hills above Tengchong, is an 18-hole championship course designed by the renowned JFO Design. The links command lovely views of the surrounding mountains. Book ahead to reserve tee times.

More ideas: The city of Tengchong and its surroundings are full of little-explored alleyways, tiny out-of-the-way villages that turn golden with gingko leaves every autumn, hidden culinary gems, temples, parks and pagodas. For those hoping to get intentionally lost and have a little adventure, check out our dedicated Tengchong Listings Page for ideas.

Where to stay in Tengchong

For a fairly small and somewhat obscure tourist destination, Tengchong has a wide range of resorts, hotels, inns and guesthouses. The abundance of choices stems largely from the number of hot springs, as well as the growing demand for places to stay in Heshun Old Town.

Upscale: The number and variety of resorts and spa hotels in Tengchong is fairly surprising. Two of the most consistently well-rated are the The Lost Stone Hotel and Angsana Tengchong Hot Spring Village. Both are overflowing with amenities, including restaurants, bars, spa facilities, pools, 24-hour concierge services and stand-alone villa rentals.

Mid-range: For those seeking something a bit less posh, less spendy options are no less numerous. The Xinyue Liubai Boutique Inn in Heshun Old Town is lovingly maintained and full of greenery, while Guanfang Hotel is a reasonably priced choice with a good reputation across its other Yunnan properties.

Budget: Two of the best choices for those on a shoestring are the Jade Time Hotel and Home Inn. Both offer simple, clean and well-maintained rooms with Western toilets, free wifi, air conditioning and televisions.

Blessed with agricultural abundance and near the biodiversity of the Gaoligong Mountains, Tengchong is full of unique local food experiences. Some of the most flavorful rice in Yunnan — or China for that matter — is grown around Tengchong.

Yunnan is the land of rice noodles, and two of Tengchong's best-known dishes, dajiujia (大救驾) and ersi (饵丝), are versions of this local favorite — heavy and dense rice pancakes made by hand called erkuai (饵块). Dajiujia is large pieces of erkuai stir-fried with pork or eggs, greens, tomatoes and chili peppers and served in a spicy and sour soup. Tengchong ersi is more finely shredded and prepared in a light broth with cabbage and pork. It is usually accompanied by a condiment tray featuring a selection of oils and seasonings — many of them intensely spicy — to customize each bowl.

Tengchong County is a famous source of hundreds of the herbs used in Traditional Chinese Medicine (TCM), many of which also find their way into local cuisine. Tianma (天麻), a medicinal herb used to treat nausea, headaches and even epilepsy, is often an ingredient in local chicken soups.

Courageous diners can also indulge any desires they may have to eat flowers and bugs when visiting the region. Hornet pupa — called fengyong (蜂蛹) — is probably the most popular local insect dish, while the wild flower options are nearly limitless.

Another of Tengchong's famous dishes is called xidoufen (希豆粉). It is yellow and gloopy, a bit custard-like, and made from ground peas. If xidoufen's consistency doesn't turn you off, it is absolutely delicious with some ersi and fiery chilies thrown in for good measure.

Some of the most authentic cuisine can be found at Zhuge Toasted Fish and Barbecue, Fengyuan Restaurant, which is set in an old courtyard-style home, and Mom's Dish, specializing in local favorites. Bon appétit! 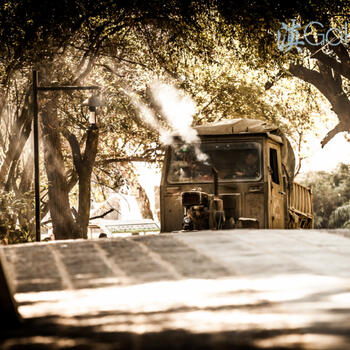 Most travelers head west to Tengchong from the provincial capital of Kunming. Car, bus and plane — there are typically three options, unless you are on a bike. Someday, the city will have a train station, but not anytime soon.

By car: For those with cars or who are willing to pay a private driver, the road trip is a long but rewarding one. The most common route is along the HangRui Expressway (杭瑞高速公路), first to Baoshan (保山) and then on to Tengchong via the BaoTeng Expressway (保腾高速公路). The highway crosses the enormous Longjiang Bridge, one of Asia's longest and highest. The total trip, barring traffic, should take around eight hours.

By bus: Buses in China come in all shapes and sizes. Long-distance varieties plying roads across the Middle Kingdom are either of the seated or sleeper kind. From Kunming to Tengchong, only sleeper buses — with narrow bunk-style beds — are available. Six depart from the Kunming West Bus Station every day, beginning at 2pm, with the last leaving at 9pm. They take an average of 9-12 hours to reach Tengchong. Tickets cost between 261 and 289 yuan.

By plane: Flights from Kunming Changshui International Airport arrive at Tengchong 'Hump' Airport. There are at least eight daily flights, with each one taking 70 minutes. Prices run between 500 to 1000 yuan depending on demand. Please note that during the region's windy season — typically February to May — flights headed west out of Kunming can be extremely bumpy.

Probably one of the most famous and natural hot springs in China is here. Well worth a visit.