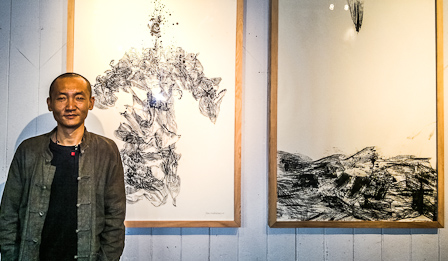 Zhang's art has been exhibited in Beijing, Shenzhen, Kunming, Taipei, Valencia and Singapore. Tomorrow his paper-based improvisational works will be displayed publicly for the first time.

The exhibition is entitled Wuwei (無爲), referencing the Daoist concept of inaction. Feauturing 50 of Zhang's never-before-seen improvisational pieces, Wuwei is split between the galleries at TCG Nordica and Kuang Yu Gallery and will run through May 26.

Earlier this week, GoKunming spoke with Zhang about the exhibition, his methods and the state of art in Kunming:

GoKunming: How did you end up moving to Kunming?

Zhang Yongzheng: I first came to Yunnan as a tourist while I was living in Beijing. After six years in the capital, I liked the atmosphere in Kunming very much, and moved here in 2004. Beijing obviously has a much more developed art scene with more opportunities for people to make money. But for me opportunity is not as important as comfort and inspiration. 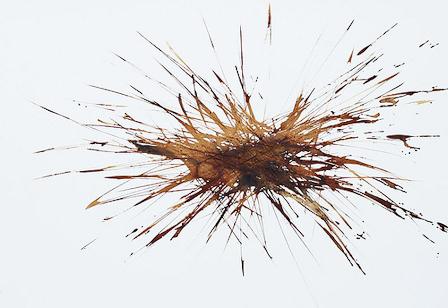 GK: Your exhibition is called Wuwei. Does that concept influence your art?

Zhang: These works weren't designed or planned to be put together in an exhibition. They happened organically. There was no goal other than seeing what would happen. I started making them in 2005 and they weren't for anyone but me. It has become a habit now, a way to explore new ideas and sometimes get inspiration for my larger canvas paintings. Wuwei seemed like a fitting name.

GK: Are you inspired by Daoism?

Zhang: Not just Daoism, but also Confucianism. In my hometown in Gansu daily life is deeply affected by both of them. It's the concept of xuanxue (玄学) from Chinese philosophy.

GK: What artists have had the biggest impact on you and your works?

Zhang: There are really too many to name. Western Modernism was something I studied at university so of course that is very important to me. I also like classical Chinese artists. If I had to pick one out, I would say Bada Shanren is one of my favorites. He was a painter and calligrapher who lived during the Ming and Qing dynasties.

GK: When did you first start making abstract art?

Zhang: I studied Realism at university as well as photography. After I graduated I began to combine Realism and abstract art. What I was doing was somewhere between the two. The works at this exhibition are from 2004 until today, but I really started doing abstract stuff in 2003. 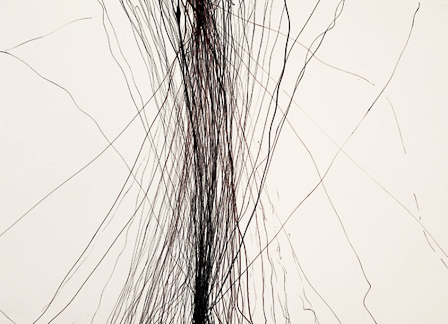 GK: What do you think of the Kunming art scene?

Zhang: It's slowly getting back on its feet. I'd say the best time for artists here in Kunming was from 2004 to 2005. After 2005 the scene in Beijing got really hot. There were lots of new galleries and the market exploded. At that time many artists who were living in Kunming left for Beijing.

GK: So what is the Kunming art market like today?

Zhang: It is in its infancy and slowly getting better. We have to train buyers in a sense. Abstract art is a new concept for them – but they are learning. Right now the demand for contemporary art is very low because it isn't popular or well understood. Landscape paintings and traditional works are still what most people want to buy.

GK: What was your method for creating the paintings featured in Wuwei?

Zhang: I don't use brushes in the traditional sense, but I do use traditional Chinese ink and paint. I apply those to paper, not canvas, in many different ways. Sometimes I use rags and cloth dipped in ink. I also use ink-soaked string and whip it back and forth across the paper. I've used tea as well.

GK: How much time usually goes into your improvisational pieces?

Zhang: The paintings on exhibit here don't take much time at all. They just happen. I let my energy come out without direction, again like wuwei. 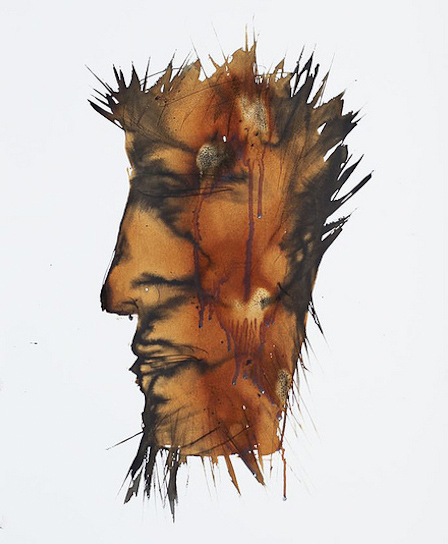 Zhang Yongzheng's exhibition Wuwei will run at TCG Nordica and Kuang Yu Gallery from April 6 through May 26.

It was a fantastic exhibition! thanks for sharing! 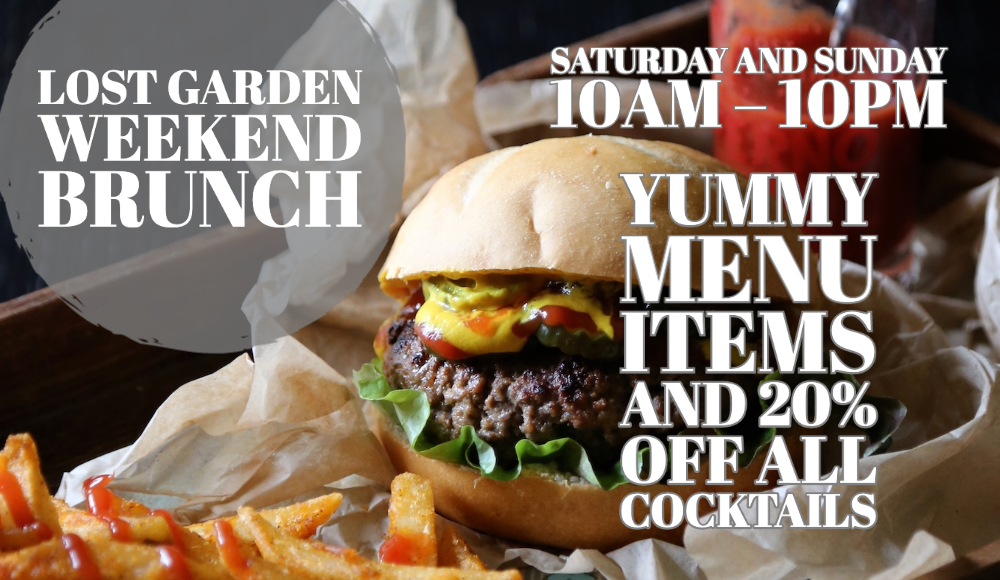