By Patrick Scally in Features January 2, 2019

Over the past several years we've knocked ourselves almost unconscious creating year in review articles. The previous efforts included brief descriptions of every story published on GoKunming during the previous 12 months, all tied together with an attempt as some sort of narrative, hopefully a humorously pithy one.

We'll keep the tradition alive while also modifying it, with this year's version focusing solely on travel. Yunnan is banking on tourism — among a few other industries — to prop up its economy for the foreseeable future. This involves the usual suspects — huge, multi-purpose infrastructure projects, theme parks of ridiculous proportions, the promotion of 'ethnic tourism' in nearly every part of the province, and on and on.

Here though, we'd like to focus on the places we visited in 2018 regardless of the publicity or public promotion, some old favorites and others places we'd long wanted to explore. We flew and hiked, rambled into Myanmar and stumbled into the kitchen. Of the 150-plus articles we published on GoKunming last year, here are those concerned with getting out and about and learning new things — sometimes in Kunming itself, other times around the province, and just a few from fascinating places further afield. 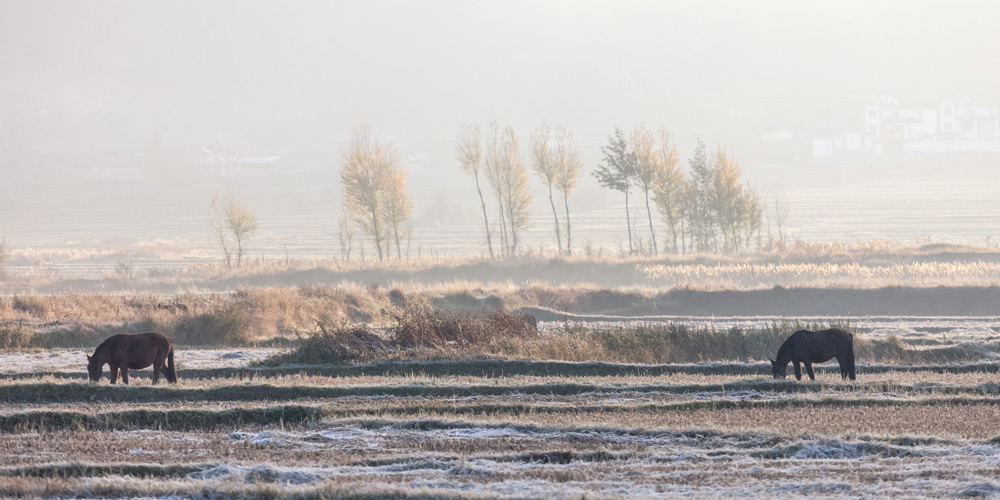 At the beginning of 2018 we set out for a popular destination, Dali Old Town and the surrounding valley. It's a well-worn trail, but one that warrants frequent visits. From the infinitely familiar we moved on to Chenggong, a place much closer to home, but somehow far less familiar. Staying in the neighborhood, we hiked to the top of Jiaozi Snow Mountain north of Kunming, a place of exceeding beauty that just happens to be extremely accessible.

Looking to visit places not commonly on the tourist trail, we headed back in time with Jim Goodman to see what Qujing and Zhaotong were like back in the 1990s. And speaking of the past, a trip to Big Fishing Village south of Kunming isn't about going back a few decades, it's more like jumping back 100 years. Cool little blast from the past. Continuing the time traveling theme, we returned to the 90s and found ourselves this time wandering around Wenshan Prefecture.

Head spinning and the time machine a bit worn out, it was off to the centuries-old Hani Rice Terraces, where ancient terraforming dominates all facets of the present day in Yuanyang. Marveling at rice terraces extending the length of entire mountains led, somehow, to chasing the sunset with Lisu people venturing into a little-visited portion of northern Myanmar. From cross-border road trips to hiking the best trail Yunnan has to offer — the serenely beautiful Tiger Leaping Gorge. Hello Yangtze! 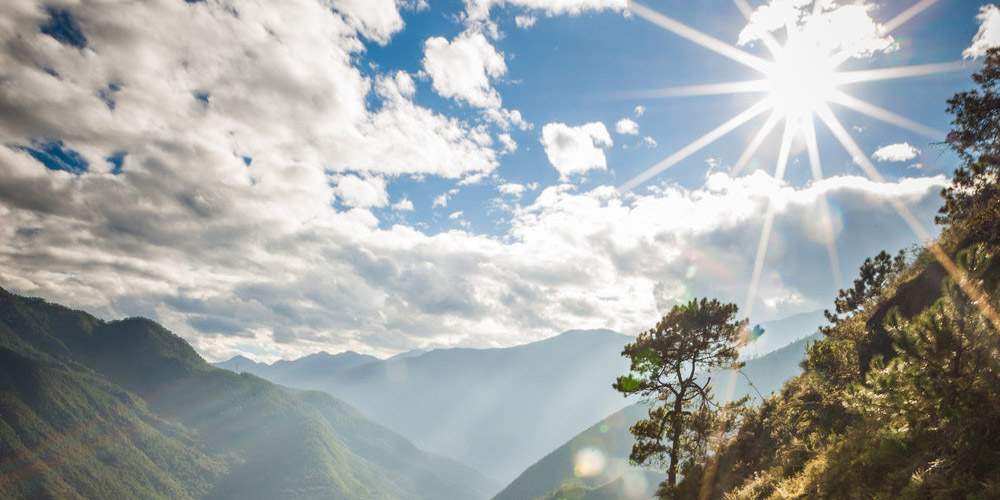 Not as many trips during the second quarter of the year, but still just enough interesting destinations to get the blood pumping. First up was a very, very long and punishing run around and through lovely Tengchong in western Yunnan. Exhausted from the ultra marathon, it was off to relax on the shores of the lovely Fuxian Lake. While there, we headed to...the kitchen? It turned out to be time well spent, as we learned the secrets of making a piquant and ever-so-Yunnan dish called 'ghost chicken'.

Rejuvenated and reinvigorated we summited the 5,396-meter Haba Snow Mountain. The views from the top were truly awe-inspiring. We would be back. To chase away the chill of all the snow and ice of Haba, we set off for the jungles near Cangyuan. There we found cliff paintings created more than 3,500 years ago that are being protected from the elements by modern science.

Rain is the most notable feature of spring and summer in Yunnan. With all that precipitation comes mushrooms, more mushrooms than you can possibly imagine, so many that the province contains possibly the greatest range of diversity and variety found anywhere on earth. Perhaps due to eating one of the less-common types of Yunnan fungus, we soon found ourselves at the center of a mystery on Kunming's Metro Line 3. 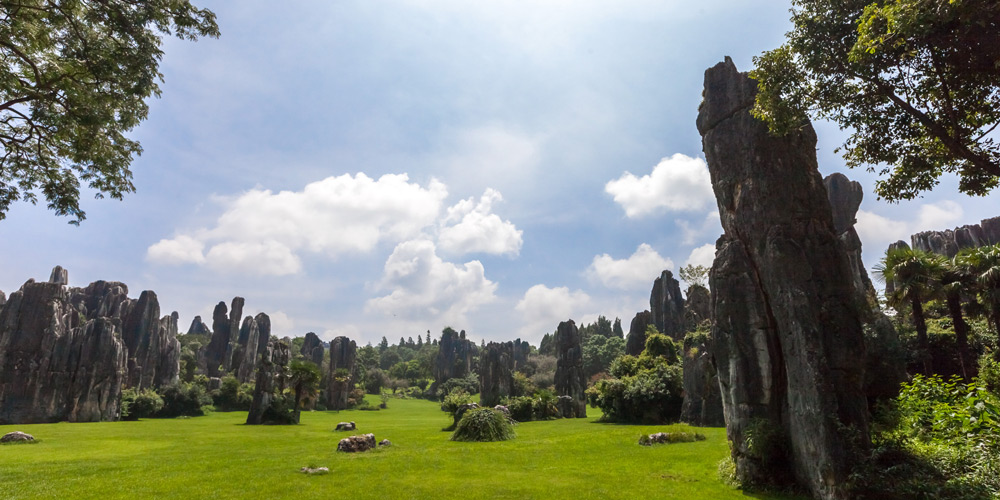 Setting out in summer

The summer would prove to be filled with trips high in the air, below ground and through some of the best mountains we could find. Head cleared from our mushroom incident, we hopped on a paraglider for a truly memorable flight over the Yangtze River and above the snow-capped peak of Haba. From the air we turned almost immediately to subterranean travel, boarding Kunming's metro not once but three times. Our rides took us to the odd yet fascinating neighborhood of Chejiabi, then to an abandoned theme park that raised far more questions than we could answer, and finally to a temple on far-flung Dayu Lu.

We'd had enough of the subway, so it was back to Dali for a minute and then on to what may be the province's best kept travel secret. The Nujiang Valley is a revelation, and one where the inevitability of change is becoming more and more obvious by the day. Not satiated, we stayed in the mountains and joined the Yi people in celebrating their scorching Torch Festival.

Mountains remained a theme as we ventured into the rarified air of Tibet with our guide Philippe Semanaz. His photos bear gorgeous testament to the bleak beauty on the Roof of the World. Perhaps a little dizzied by the elevation in Tibet, we descended to the slopes of Haba Snow Mountain once again. There, Pieter Crow took us on a ten-day, two-part adventure circumambulating the massif on foot. A busy summer to be sure, and one that left us extremely hungry. A trip to Kunming's largest market was in order, and we spent a day getting to know every inch of the Zhuanxin Wet Market. 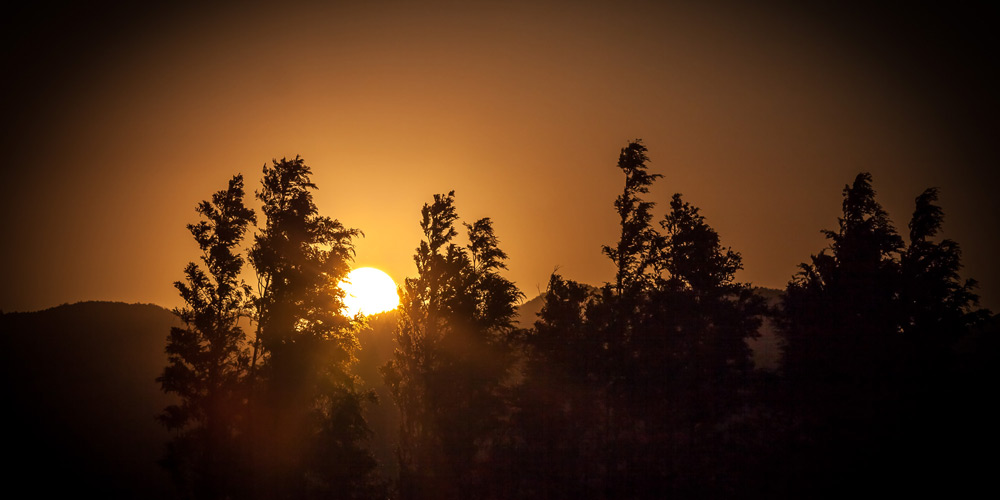 As fall began we found ourselves in Laos. We knew where we were, but were a bit confused as to what was going on. We were more than pleasantly surprised when we realized we had stumbled into one of the country's most important Buddhist festivals. Back from our religious sojourn, we quickly delved into the world of Yunnan handicrafts, making a 26-minute documentary about Stone Forest embroidery in the process.

As a reward for the work of making our first film, we set off for a hike in Sichuan. The trek took us past some of the most beautiful mountains, as well as through some difficult but ultimately rewarding encounters. More hiking and more mountains — this is Yunnan after all. This time we packed up our rucksack and strolled through the vistas of Shangri-la's 1,000 Lake Wilderness.

Our travels began to take on a cyclical bent — travel, get hungry, search out new food and gorge. The penultimate iteration of this recurrence found us in Lüchun, seated happily amongst thousands of others at the Hani Long Table Feast. From one festival, we moved quickly to another, dropping by little-known Nizu and its one-of-a-kind Tibetan celebration. Already in the neighborhood, we stopped in Lijiang and learned what the native Naxi religion is all about. Time once again to eat, we boarded an old train to Mengzi and found the rice noodles as delicious as they are famous. Busy year, and some great experiences. Thanks for sharing them!

Thanks to all the contributors who make these sorts of articles possible every year, and thanks also to everyone for checking in to see what's going on on GoKunming each day. We wish you and yours the happiest of new years. Here's hoping the horizons of 2019 turn out to be everything and more of what we found last year.