When we allow ourselves to be seated, an endless energy fueled by alcohol and meat immediately fills the surroundings. The fellow next to us introduces himself as Lu and asks how many pounds of Chinese rice alcohol we can drink. After feeling the impact of the first glassful on our stomachs, we decide to fill up on food as fast as we can.

The table is full of bowls — smoked meat, wild bamboo, spicy cucumber and marinated peanuts. We know we have to be quick, because somewhere further down the three-kilometer-long table, someone has initiated the day's first 'toasting wave'.

The Long Table Festival is held on November 30 in Lüchun Town (绿春). Lüchun is a remote district of Honghe Prefecture, bordering Vietnam. It was born as an administrative region out of a few neighboring counties during the early Communist land reforms in 1958. The rugged landscape has traditionally been inhabited by the indigenous Hani people (哈尼族), who grow rice, tea and black cardamom.

Hilltop forests were maintained to supply the region's stunning rice terraces with water as well as generate seasonal bouts of wild herbs and mushrooms. A narrow strip of land on a mountain ridge was appointed to function as the county capital. The remote town began to grow a little only in the late 90s, a full decade behind the spurt of economic growth that was felt in the rest of the country. 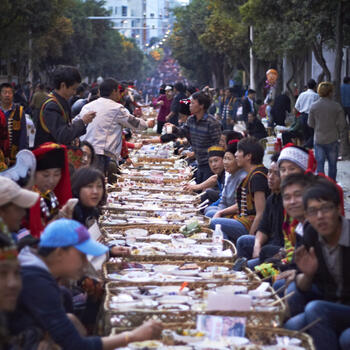 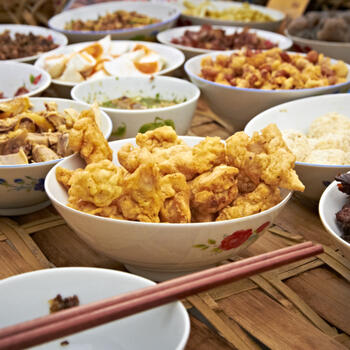 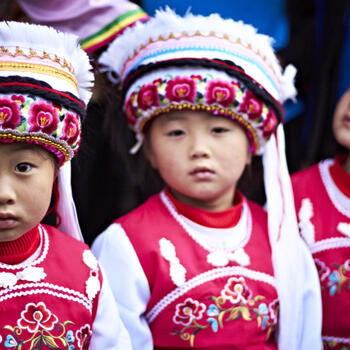 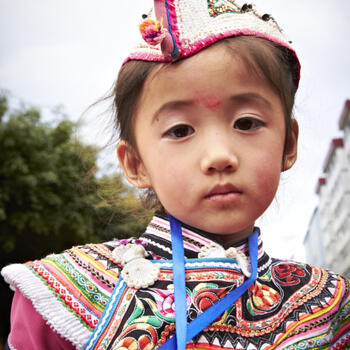 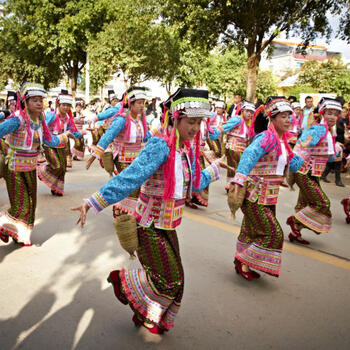 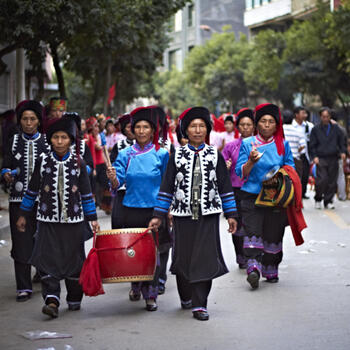 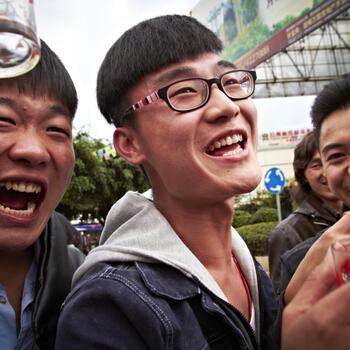 During the government re-evaluation of minority cultures over the past few decades, many traditional festivals in Yunnan have been turned into 'official festivals'. Dates got fixed in the Gregorian calendar, and countless Han Chinese officials, photographers and tourists were set to flock into the towns and occupy every single hotel room. The Hani Long Table Festival essentially became such an event.

Traditionally, local people have always organized these feasts along the longest street of their village for wedding occasions or on the New Years. Some ten years ago, the local government reasoned that Lüchun was in fact one long street, and indeed particularly suitable for launching a massive feast. Invitations were sent out all over the country.

The morning of the feast, troops of musicians and dancers take part in a gigantic parade. The Mopi, the traditional animist shaman of the town, heads the procession in a horse carriage. Not only are all the different kinds of Hani costumes and dances from each township represented, but colorful groups of Yao (瑶族) and Yi (彝族) have groups participating in the dance.

An ingenious system was invented to allocate cooking and serving tasks to the families in Lüchun. The town is full of people from in and around the area, as well as from far away. Most of them are taking a constant string of pictures with their mobile phones, but a sound few do go for the actual experience. All Lüchun people go out in their most colorful clothes and tell outsiders about their festival with a proud twinkle in their eyes.

Our table hostess is very happy with us as a foreign group. As countless people come to toast with us and share food, her table is a hotspot. At one point she has to borrow alcohol from neighboring tables. As we attract attention, flamboyant locals mix in and start to dance with us.

We are invited to do a traditional dance called the tongnini. The simple rhythms become increasingly enchanting as more and more people gather around the circle. They might be as delighted to see our James Brown-inspired adaption, as we are to have the feeling that we are being shown their traditional culture. 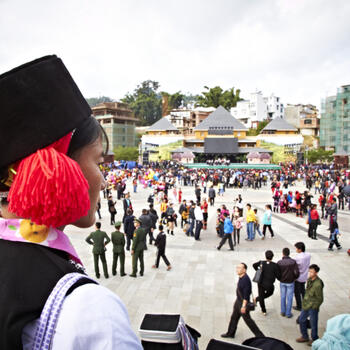 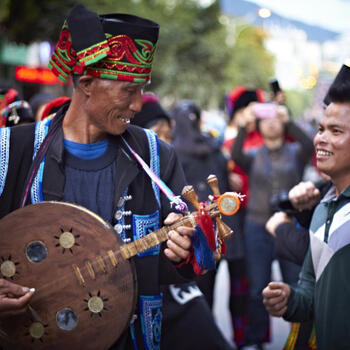 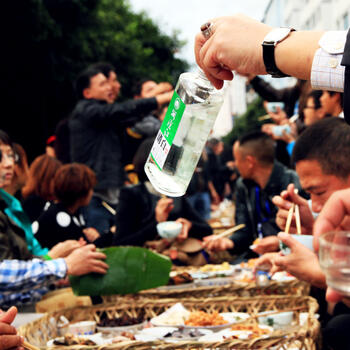 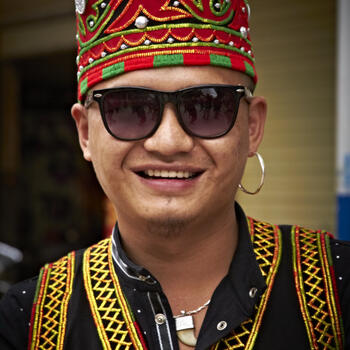 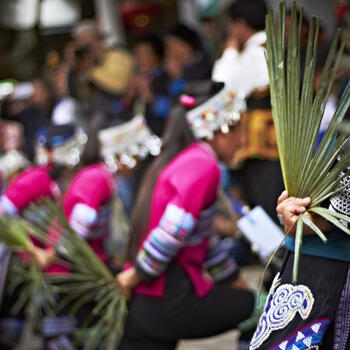 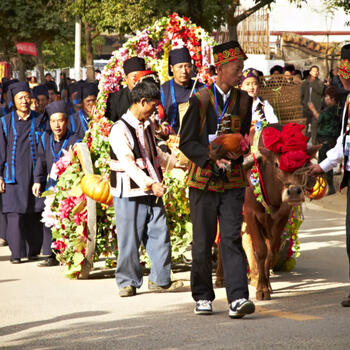 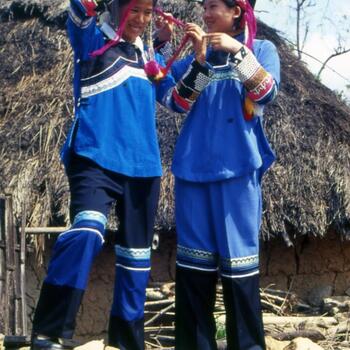 The craze of the Long Table Feast is over as soon as the last hungover guests manage to maneuver their 4x4 vehicles over the landslides back to civilization. As the madness dies down, it feels like this has served as a distraction for the serenity we found in the rest of the county. Most settlements are so remote and unconnected they haven't even heard of the big show.

They work every day with Lüchun's most precious commodity, the water flowing down from the forested hills, which is distributed to each family by their ancient system of rice terraces. They do celebrate the New Year's, but separately in every village, according to the old ways, and the lunar calendar.

The fourteen-day family-friendly cycling expedition that includes some hiking, a lot of eating and an in-depth and personal dive into the local culture. For the 2019 edition of the festival trip — November 22 through December 5, 2019 — Zouba is offering an early bird price until July 1, 2019. Zouba Tours is happy to consult personally with travelers who are planning to travel to these regions independently.