Not everyone has time to explore random subway stops on the far outskirts of the city. But three unpaid GoKunming interns sure do. In this series, we traveled west along Kunming's Metro Line 3, visiting the areas surrounding four stops along the way to inform your possible future escapades. Our goal was to better understand the who, what, and where of the new artery connecting Kunming's core to the far-flung regions that surround it. If you missed our first installment, you can read about our mysterious trip to Mianshan Station here.

There is a stark difference between the crowded middle of Kunming and the small farming villages across Yunnan — this is common knowledge. There is much disagreement, however, on where one ends and the other begins. The city center is not a gated fortress with the province's famous landscapes sitting right outside. The change from rural to urban is gradual, with evidence of the city's growing pains located in the transitional spaces. An example of this in-between can be observed outside the Chejiabi Station (车家壁站) on Metro Line 3.

Traveling west, Chejiabi is the final stop before Xishan Park Station (西山公园站), which provides access to the Western Hills and unhindered views out over Kunming and Dianchi Lake. Our intention in visiting Chejiabi was to find a nearby — and hopefully scenic — park and also to visit an Yi ethnic minority village.

The village was located right where the map inside the station indicated it would be, but there was no park to be found. Locals thought the three lost foreigners were trying to make it to Xishan, but had gotten off at the wrong place. It wasn't hard to understand the mistake. Not only was there no park, the area was teeming with construction projects that made the area far less than scenic. Any view of Dianchi was laced with wires or dotted by construction cranes.

Despite the chaos of the construction outside of the subway stop, we soon found our way into the much quieter Biji Village (碧鸡村), which proved to be the Yi village we had been looking for. We wandered down the main street, looking into shops and nodding at people as we passed by, finally turning down a more residential road. Not long after, a few women invited us to sit with them on their front steps to rest, eat locally picked fruit and chat a while.

After introducing ourselves and getting comfortable with the women and the children playing about, we discovered that the village had suffered a while back after two key job-providing factories shut down. Those who were young enough were relocated elsewhere, while people who were old enough received pensions. For the workers who remain at Biji Village, the new subway line has created better access to the bustling city center. What's more, the Metro is not reserved for the young working population, as one woman noted, because the elderly receive free public transit cards. 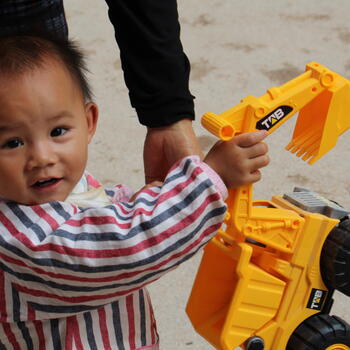 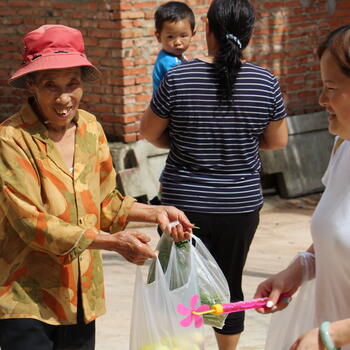 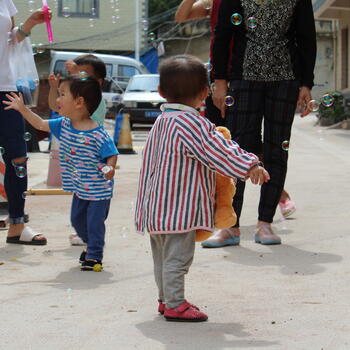 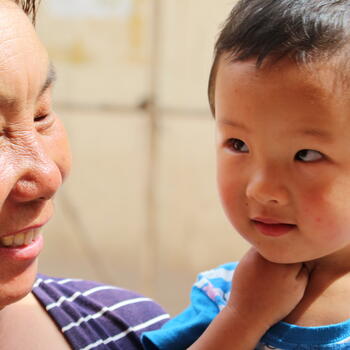 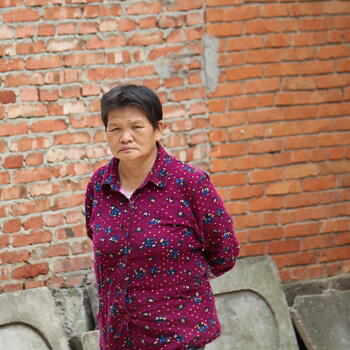 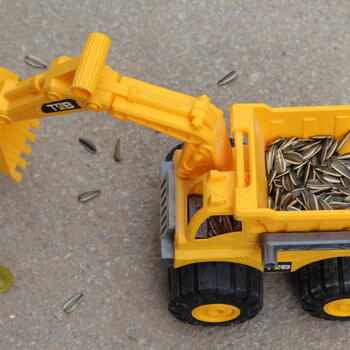 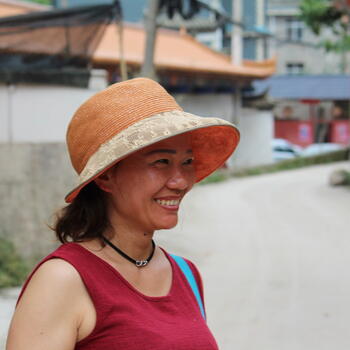 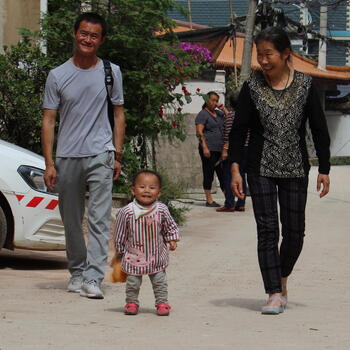 Today, the major way of earning money in the village is through the service sector or be doing industrial jobs. Nonetheless, the locals still said they were living in a nongcun (农村), or an agriculture village. With the government's help, the town met goals for water and drainage systems, electricity needs, new roads and telephone links in 2006. Perhaps it is these modern additions, along with the new construction right outside of their gates, that hints they are no longer just living in a farming village.

The name Chinese sociologists have given to villages surrounded by skyscrapers, modern urban construction and transportation infrastructure is 'urban village', or chengzhongcun (城中村).

Perhaps Biji Village does not qualify as an urban village. There are no skyscrapers nearby and the people still partially rely on agriculture, including the freshly-picked fruit we were offered as a courtesy by our new friends. But the subway itself and the multiple construction projects indicate that if it cannot be called an urban village now, it very well soon could be — unless the municipal government eventually decides to merge it with other villages or demolish it altogether.

Nearby there is more evidence that Biji Village is a meeting place for modernity and rurality. For example, a local woman offered to show us the Yunnan Biji Art Cultural Community, located right at the edge of the village. She led us to a building for "Little Picassos", a venue for children's art classes and competitions. Just around the corner, a corridor of modern art galleries and studios hid some surprisingly well-known painters.

We first walked into the studio of Huang Zhifang (黄之方), whose award-winning oil paintings have given him a name both in Yunnan and abroad. Many of his paintings featured the province's people, places and history as subjects, quite literally providing a beautiful frame for Yunnan's unique cultures and notable past events.

The next painter we met, who went by the name Wang Laoshi (王老师), welcomed us with a booming voice. His paintings ranged from delicate bouquets of flowers to the panicked evacuation of Chinese civilians into Yunnan during the Sino-Japanese War. Before we left, he made sure to impart upon us the importance of World War II in the formation of modern Kunming.

Through the choices made in both their works and words, the pair of painters helped us understand the city and province a bit more profoundly. But, it was hard to see where Biji Village fit into the picture. The Yi people here are not frozen in time wearing traditional clothing, staring out over some unknown horizon. Only the very oldest people in the village speak the Yi language. But a nearby sign advertises that residents here are living the "slow life".

Cultural considerations aside, efforts have been made to improve life in Biji Village. Some of these changes, such as the installation of new roads and running water, are obvious and successful. A few apartments for rent indicate that the new law loosening zoning restrictions in rural villages and on farms has been put into action, which may help to diversify the town. But even the new roads twist into smaller lanes, and houses with that look fairly new on the lower floors sit unfinished on top. Also, there were once plans to turn the town into more of a tourism attraction to bring in money, but there is no evidence of that now.

The exact story of development in the village is unclear and the future is just as hard to discern. The city has several options to deal with urban villages, but none have been freshly outlined in the 12-Year Plan that started in 2008 and is set to end in 2020.

Will the village eventually be torn down and the villagers relocated to more modern housing, as it has done with many other urban villages? Will the municipal government instead target rebuilding projects in the village to preserve the Yi culture still located there? Yet another option would be to merge it with several nearby Han villages. As Kunming continues to grow and expand, time alone will tell the fate of Biji Village. 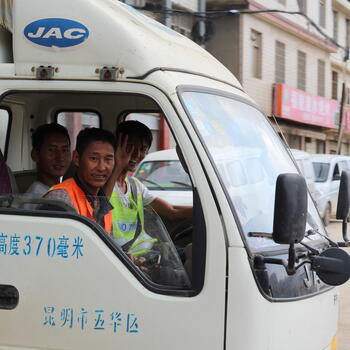 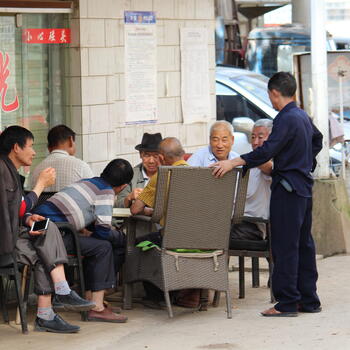 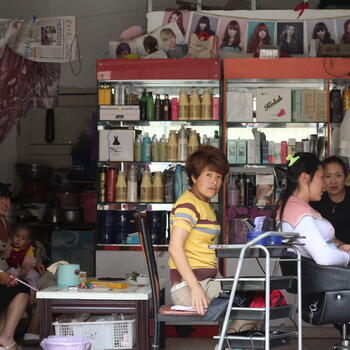 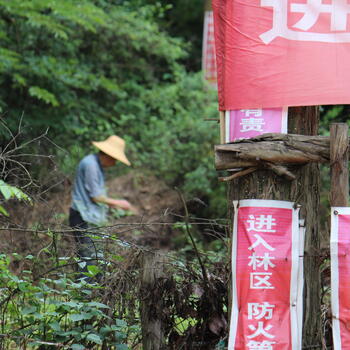 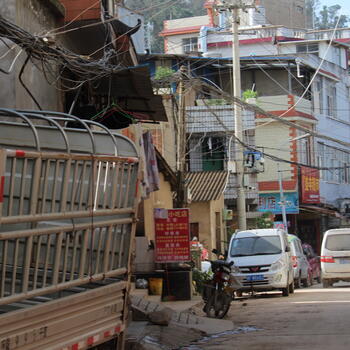 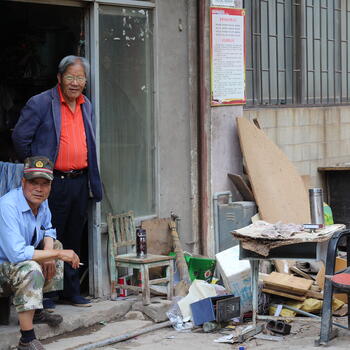 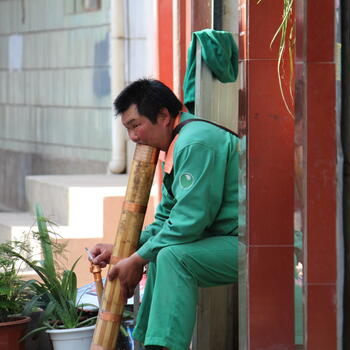 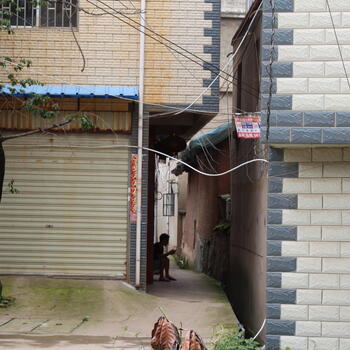 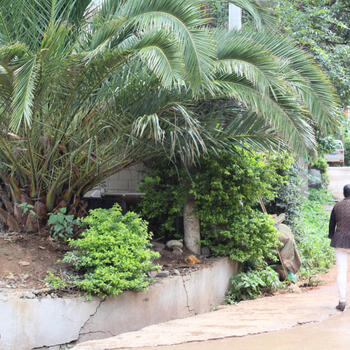 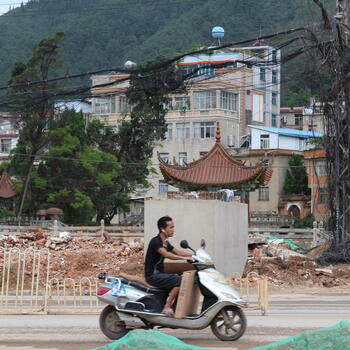 Another great, and relevant article. I have just realized that this is going to be a series. Looking forward to more.