Most people traveling from abroad to Yunnan tend to miss all of the things east of Kunming, choosing instead to strike out northwest into the Himalayan foothills or south toward some of the world's oldest continuously farmed rice terraces. But eastern Yunnan does have its charms, and quite a few small surprises. One of them is Yiliang County (宜良县), which is only a short car or bus ride away from the Spring City. 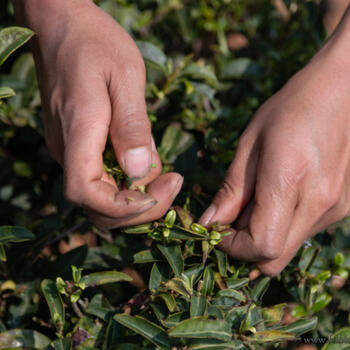 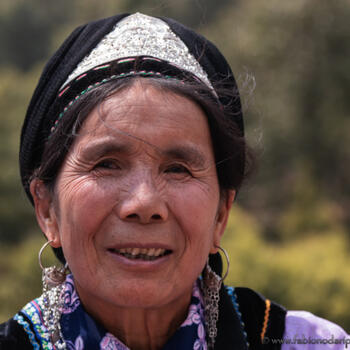 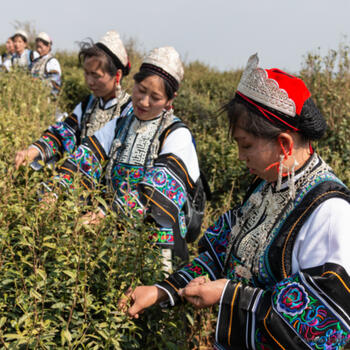 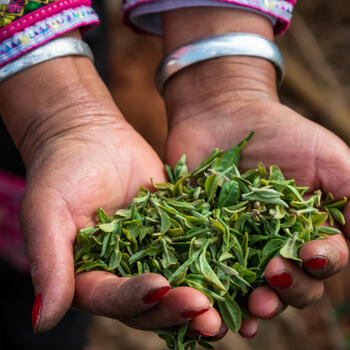 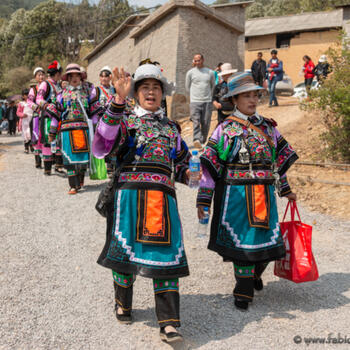 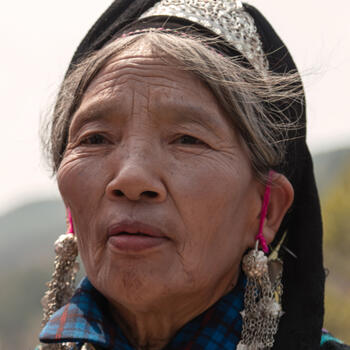 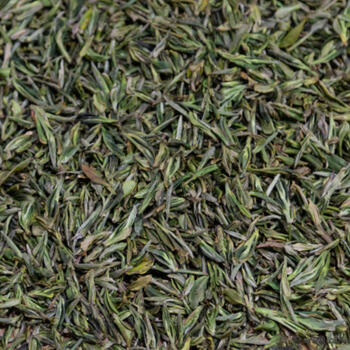 Yiliang is known to most who have visited for its vast limestone cave system, called Jiuxiang (九乡). But when we visited recently with photographer Fabio Nodari, what caught our attention was not the famous underground caverns, but instead a tea-growing area that has, by many accounts, produced a unique strain of leaves for more than 1,000 years.

Baohong Tea (宝洪茶) is cultivated on a mountain of the same name northwest of Yiliang's county seat. Leaves grown in the region were first mentioned in copies of The Classic of Tea written during the Ming dynasty. Historically, the leaves were harvested early in the year, picked young and tender and served raw to capture strong floral notes. During imperial times it was one of the primary 'tribute teas' sent to the emperor from Yunnan.

Today, Baohong tea is typically picked in late March or April, depending on how the lunar calendar shakes out, and is served both aged and fresh off the bush. Harvest season is celebrated in the region with a mini tea festival, with many of the local Yi minority people dressing up in their finest as they head into the fields. 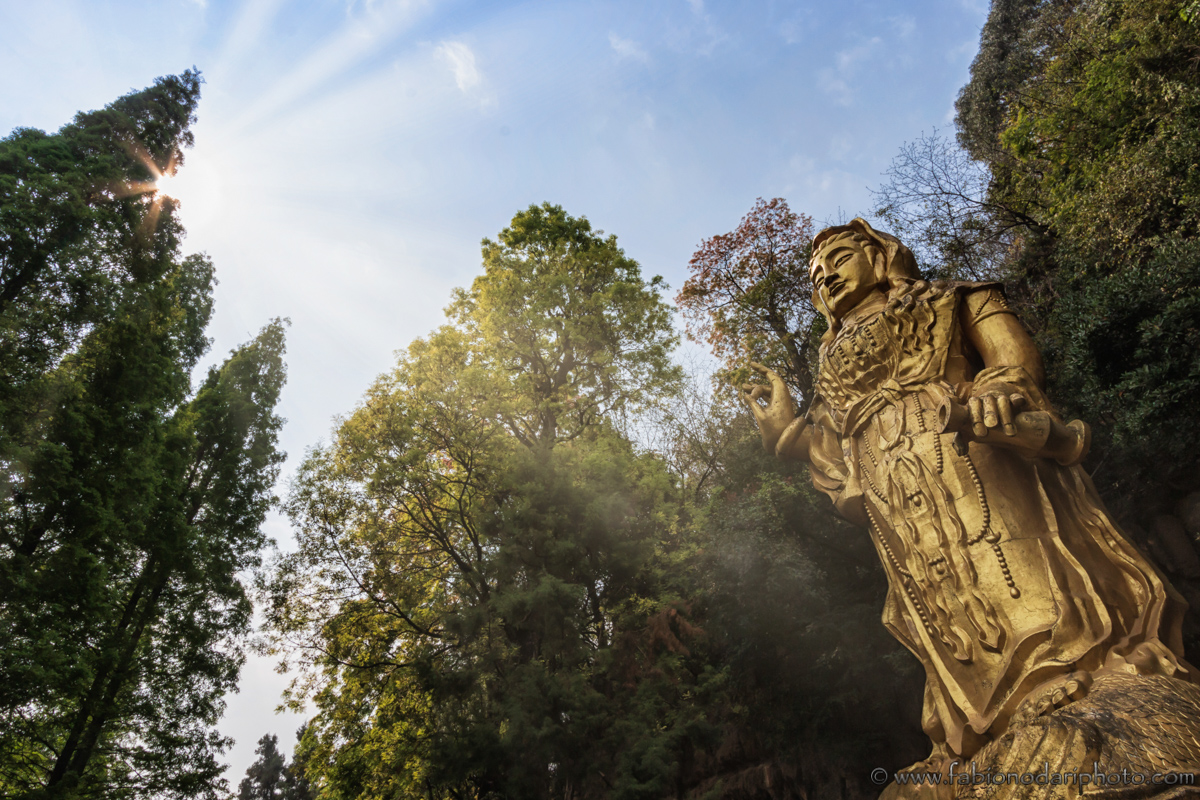 Go for the temple, stay for the duck

If planning to wander among the tea fields of Baohong Mountain, you will inevitably first stop in the town of Yiliang. There are two things not to miss while there — Yanquan Temple (岩泉寺) and the completely unrelated traditional Yiliang roast duck.

The temple was first consecrated in the year 1341 because of its propitious location on a cliffside mountain just above a clean and pure spring. Today the complex is actually a large collection of Taoist and Buddhist buildings set amidst a beautifully manicured background of hedges and neatly trimmed evergreens. Perhaps the most striking feature of the compound is a large grotto containing a rock carving of the Buddha nearly ten meters tall. 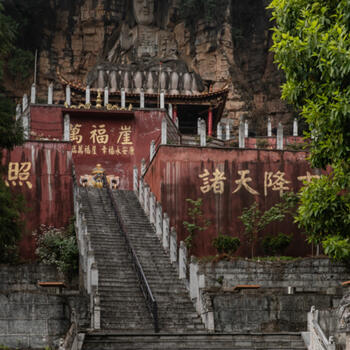 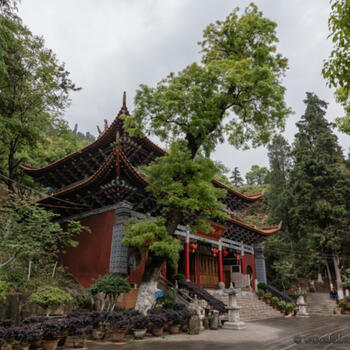 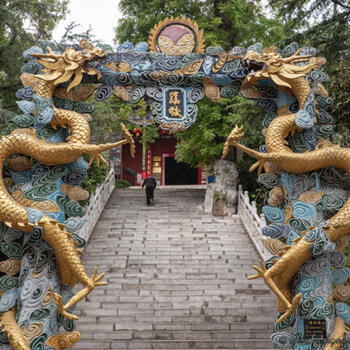 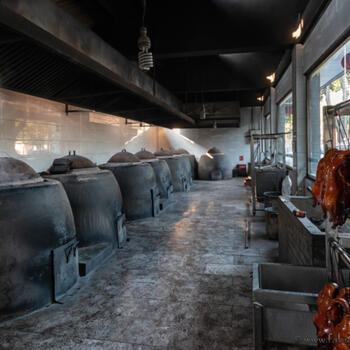 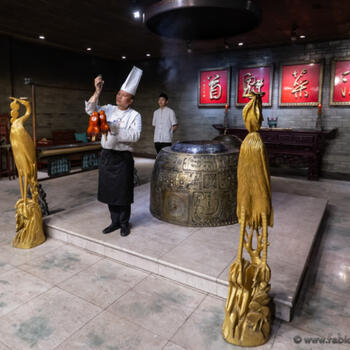 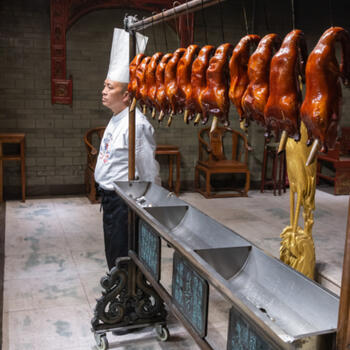 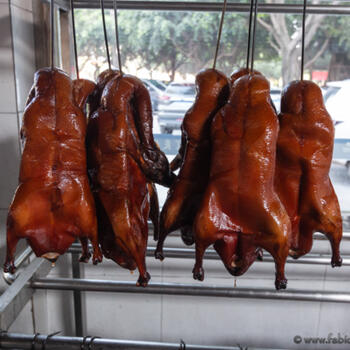 Stop number two on any trip to town must be Xuecheng Restaurant (学成饭店), a huge affair dedicated to all things roast duck. In Yiliang, this delicacy is created in kiln-fired brick ovens that impart the flavor of pine needles into the meat. The ducks used originally came from Beijing, but are now raised semi-wild in the county. Unlike Beijing, no wraps are provided, and the fowl is chopped up differently than it is in the national capital.

A meal at Xuecheng is certainly not without elements of flair, as live, choreographed performances are held in the main dining area. There, 12 ducks are roasted simultaneously in a giant bronze oven as a chef explains the ins and outs of the Yiliang version and how it differs from the more famous variety created in Beijing. Worth a trip. 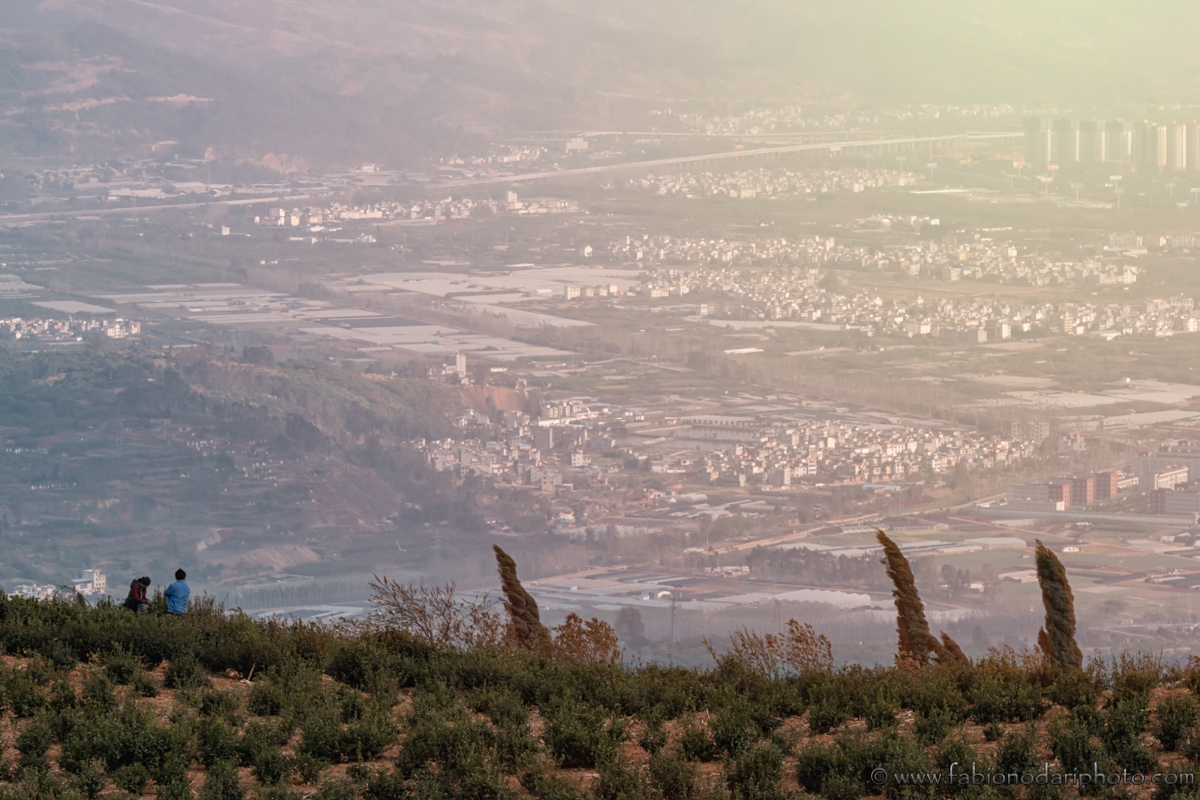 Getting there from Kunming

The city of Yiliang lies about 50 kilometers east of Kunming as the crow flies. The drive, especially depending on traffic heading out of the Spring City, can take up to two hours. Buses to Yiliang depart the East Bus Station (昆明东部汽车客运站) in the city's Panlong District every 15 minutes. One-way tickets cost 25 yuan.

Getting to Baohong Mountain and its tea fields can take a bit of time too. Local drivers can be hired to take you there, but keep in mind, the rural infrastructure is not what you'd call high-end. The twisting and bumpy countryside roads mean the going is slow, and a trip from town to plantation can take about 45 minutes.

Snapshot: A trip to the world's tallest bridge

A trip to Yunnan's Jurassic Park

Does anyone know if the back road has re-opened after the engineering work?