Forums > Travel Yunnan > Extending not the visa itself but the stay...

I could do a visa run at the 60-day mark, but given my itinerary that is inconvenient.

So I'm wondering if there is a way to get an extension to the 60 day stay?

I know there are tons of threads about visa extensions, but that's not what this is. The visa is good for 10 years, it doesn't need an extension. It's just the 60 day stay requirement I need an extension on.

I asked this same question when I moved to Kunming. For 6 years I went to Huiyang dentist. Then I got back to the US and the dentist there told me I had gum disease, caused by the my previous dentist not doing a thorough enough cleaning. Also, the fillings I had put in at Huiyang had to be removed and redone.

Forums > Food & Drink > where to buy cardamon and garam masala?

Yunnan is the world's number one producer of black cardamon (草果). Specifically, Lüchun County in Honghe Prefecture is the main center of cardamon production. However, you can easily by it at any wet market in Kunming at the spice stalls.

Does anyone know if the Airport metro line (the one that opened back in 2014 and just runs from the East Bus Station to the airport) is still running?
According to Baidu Maps, it is "暂停运营" （temporarily closed）.

I guess not enough people were riding it to make it worth paying to operate (that is, until it actually connects from the East Bus Station to Jinbi Square).

@Michael2015 I know about the five year plans. I respectfully disagree that "testing pilot projects and then replicating them across the country" is a good idea. Every city has its own unique circumstances. Projects should be planned with the local economy, culture, and geography in mind, not cookie-cutter replications of a standardized form.

"The Dick"
Looks like the original draft didn't make it through the GoKunming censors ;) 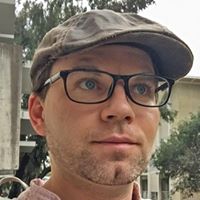 Higherland Inn (closed as of September 2019)

This guesthouse no longer exists.

This is a really nice new restaurant in Dali. High quality vegetarian and vegan food, varied menu, daily specials. They make their own kombucha, too. The environment is very chill...multiple layers, floor seating, an outdoor courtyard and terrace balcony overlooking the the roofs of the neighbors in old Dali

Serendipity is an honest-to-gosh American style diner, a concept I don't think I've ever really seen before in China.

They do salads, burgers, and pasta dishes, but the true stars of the menu are the breakfasts, which are served all day.

No measly hostel breakfast sets, these ones come with heaping servings of bacon and eggs and bottomless coffee.

No table seating. Everyone sits around the counter, where you can see what's going on in the kitchen and chat with the friendly staff.

The fresh donuts are the best I've had in China

The 68 kuai Saturday night all-you-can-eat buffet is a terrific deal.

Recently experienced both very early morning departure and very late night arrival at Changshui. Was worried about making the connection to and from the airport, but both turned out well.

The departure was scheduled for 12:30 am, was delayed, and didn't get in until 2:30 am. I was sure I'd have to find a black cab, and wasn't even sure if I would find that. Instead, I was delighted to discover that the Airport Express Bus was still running! For 25 yuan it took me to the train station, where I then caught a cab for the short ride the rest of the way home. I was very impressed by this late night bus. I'd thought the buses only ran till around 11 pm-midnight. I don't know if this is a regular occurrence or not. Maybe, knowing my flight was delayed and there would be hundreds of passengers looking for a ride home, the airport dispatched an extra bus. If so, kudos to whoever was responsible!