If you can (very difficult to get anything in writing from the PSB) it would be good for you to have a statement from the Yunnan Exit and Entry PSB saying that you had visited them to register the kids but your case could not be dealt with by them and they need to be registered in Qingdao. Anyway at least when you are in Qingdao you will know that if they suggest you register them in Kunming you will know that that is not an option.

I guess that the hot potato in this case is the police have not done their work and these three kids have not been registered and resident permits applied for. Of course it’s the parents who should have done this but it’s also the responsibility of the entry exit PSB and the local PSB where they were living to make sure the parents followed the law. I guess that the main problem now is which PSB office will being taking the responsibility for not doing their job properly.

to issue the resident permits to the 3 kids

to allow them to leave. So I would camp out there till they issue the permits.

Once you have the permits in your kids passports then there will be no issues when you leave China.

Forums > Living in Kunming > Getting married

@JanJal, yes a foreign couple I know did get married here, but that was around 2008 and it seems the rules changed since then

Forums > Living in Kunming > Getting married

I heard that the government had hoped that local farmers could extract eucalyptus oil as a revenue earner and that's why the farmers were helped to plant a lot of these trees.

Sorry. It was another Burmese plane that killed 4 and injured 9.

They are now reporting this bombing killed 4 and injured 9 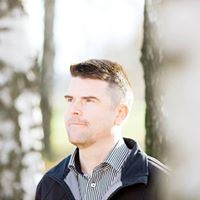 when we renovated we took our workmen to B&Q to select materials from their excellent range if samples. Then with that list in hand we went to the construction market near Mingbo bridge and got the same materials at either half or one third of the B&Q price.

It's a good place for window shopping.