DJs PartySon (Ukraine) and Tiger9stein (UK) have got Friday night covered with a cut yourself loose soundtrack covering Nu-Disco, House, Techno and all manner of dance floor gems!

Start your weekend right with these two seasoned party professionals!

PartySon – is a DJ who can feel emotions on a dance floor and can change the mood of the crowd “from deep to top”. He always tries to find new tunes and make his set unusual.

PartySon also is a promoter and radio host! His radio show: «Dance with colored shadows» published on Mixcloud, SoundCloud and PYROMUSOC, recorded live on his events and in the studio. All episodes his radio show are full of different emotions and have a lot good feedbacks.

PartySòn was born in a small village nearby the capiatal of Ukraine – Kyiv. He was introduced to music by his parents. When he was 6 years old he went to music school for piano classes. At 12 he started to play guitar and wrote his own songs. During university time, he played in few bands. His taste was made by listening to The Prodigy, Moby, Chemical Brothers and other. That helped him to understand electronic music, so he desired to try his DJ career.

Tiger9stein AKA Peter Donaldson is a very experienced DJ, producer and musician.

Peter began his career in the music industry in London, whilst still a teenager,

Since 2009 he has been living in Beijing working as a DJ and producer.

at the 30,000 people plus Strawberry Festival in Beijing.

and has played alongside the likes of Peter Hook from Joy Division, Mustang,

His DJ career has also seen him travel to the far flung corners of the globe,

playing in Europe, Australia, South America and even as far a field as

Shanghai, Tianjin, Kunming, and Chengdu to name a few. 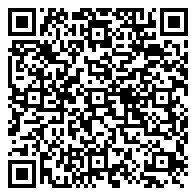