品质舞台季X昆明法语联盟法国动画音乐会《盒星人雷克秘境奇遇记》
Rick the Cube and the mysteries of time

Rick the Cube is born of a hen! Imagine the shock. Kicked out of the hen house, here is our Rick on an adventure: he will discover an imaginary and colorful country, as he searches for his own identity.

Odyssey of Rick the Cube takes place on a screen in 16/9 format , on either side of which Erwan and Jesse give life to the adventure of cubic hero, thanks to their many instruments. Accessible from 4 years old, the participative animated film created by Jesse Lucas is punctuated by an acoustic and electronic soundtrack composed by the Sati duo.

ABOUT SATI: Together, Jesse Lucas and Erwan Raguenes are the SATI duo, which appears in many digital art festivals. After his studies in England, Jesse became a VJ. This emerging artistic form of video mixing live performances is still underground in France. Erwan studied music at the National Musical School of Quimper, and became a school teacher in Rennes. He keeps exploring music through new instruments such as the contrabass, co-publishes his first albums and explored electronic music. 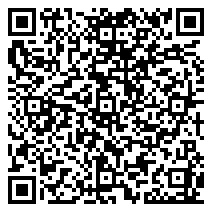