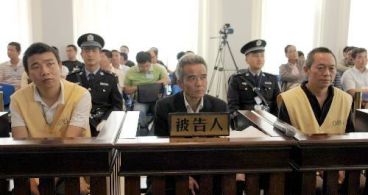 The company was the largest – but not only – polluter of Yangzonghai. Since the government announcement of Yangzonghai's condition in September of last year, 26,000 people have been forbidden to use the lake for drinking water, fishing or swimming. It is still unclear how long people had been consuming arsenic-heavy water or fish prior to the announcement.

The court sentenced Li Dahong to four years in prison and a fine of 300,000 yuan with Li Yaohong and Jin Dadong both receiving three years' imprisonment and a fines of 150,000 yuan each.

The punitive actions against Jinye Industrial Trade and its representatives is the second wave of punishment against those deemed responsible for Yangzonghai's degradation. In October of last year, 26 local and provincial officials were fired for allowing the contamination to occur under their watch.