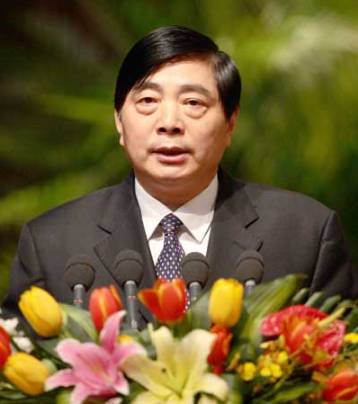 On September 27 a group of high-profile names from different circles in Chinese society were named 'outstanding contributors to China's reform' during the China Reform and Development Summit in Beijing.

Slightly out of place, the seventh VIP of the evening was Kunming Municipal Party Secretary Qiu He (仇和), one of the most ambitious, controversial and visible party chiefs Kunming has seen to date.

After becoming Kunming's party secretary in December 2007 – his previous job was vice governor of wealthy Jiangsu province – Qiu made waves immediately by publishing the name, job responsibilities and office phone number of every Kunming official in local Kunming newspapers – including his own. The attempt at increasing official accountability and government transparency was applauded by media throughout the country.

Since then, things have been changing in Kunming much faster than usual. Thousands of surveillance cameras have been installed citywide, dozens of large 'urban villages' (城中村; older, poorly built neighborhoods surrounded by modern city) have been slated for demolition by the end of the year, a large 'turtleback flyover' was built at Xiao Ximen, trees have been planted virtually everywhere they can be fit, a plan to privatize the city's hospitals has been unveiled and major education reforms are also underway.

Anyone familiar with Qiu He's record in Jiangsu would not be surprised at what has happened to Kunming under Qiu's leadership. During his tenure as party secretary of northern Jiangsu's Muyang County in the late 1990s and vice mayor/vice party secretary/party secretary of the city of Suqian, Qiu gained a reputation for taking a heavyhanded approach to government focusing on improving education, health services, transportation and environmental conditions and rooting out local corruption all with an eye on attracting investment.

Qiu's cult of personality and a no-nonsense, 'my way or the highway' style similar to that of former Chinese Premier Zhu Rongji have earned the Jiangsu native plenty of media scrutiny and citizen complaints. That said, he seems to eventually win over many of his critics in the long-term and has a track record of success that has won him the respect of some officials at the highest levels of China's central government.

After initially rocking the boat in Muyang, Qiu was able to let his accomplishments speak for themselves, despite many complaints regarding his way of getting things done, which has been called 'autocratic' by his detractors. The website China Elections and Governance notes that in the end, Qiu had put up some solid numbers:

...the success of Qiu He's "rule by man" in Muyang has been evident. This once backward region of Jiangsu added almost 600 kilometers of paved road before 2005. The local high school attendance rate increased from 48 percent to 89 percent, higher than the province's average. The average cost of medical treatment also decreased by 26 percent at the township level. In 2005, the city attracted over 10 million yuan in investment; its GDP reached 38.7 billion yuan, up from 20 billion yuan in 2000.

In Kunming, Qiu has what may be his biggest challenge: a massive, sprawling city with an inefficient and underdeveloped economy, severe traffic problems and major environmental disasters that plans to nearly double in size and add several million residents in the coming few years, during which time it is supposed to become the main trade and transport gateway between China and Southeast Asia.

Despite the daunting task given him, it seems that Qiu He is not only up for the challenge, but has just been given a good report card by Beijing.