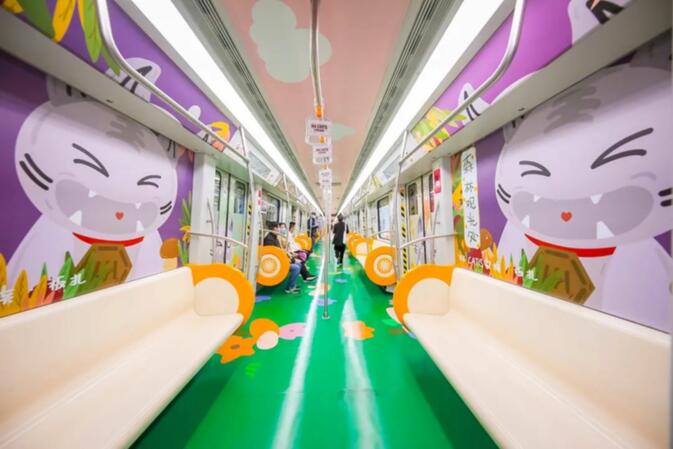 As Kunming's subway network continues to expand, Line 4 and the extension of Line 6 were officially opened on September 23. Started up just a week before the arrival of China's Golden Week holiday, line 4 connects Jinchuan Lu in the city's northwest with Kunming South Railway Station, located in the southeast of Kunming.

Kunming Metro Line 4, consisting of 29 stations running over 43.4 kilometers, is the longest line currently in operation. Construction on the latest addition to Kunming's metro system started late 2015 and was first announced in 2008. The last time a new subway line had officially entered operation dates back to the summer of 2017, when Metro Line 3 was officially announced to have opened to the public.

Back in 2012, when Kunming Changshui International Airport replaced the old Wujiaba Airport, Line 6 was the first section of Kunming's metro system to open, only to be temporarily closed down in 2016. After work related to Line 3 was completed, Line 6 reopened in August 2017 along with Line 3. Originally connecting Kunming's East Bus Station to the airport, Line 6 now connects with Line 2 on the Tangzixiang station, offering easier access to China's sixth busiest airport (2019). 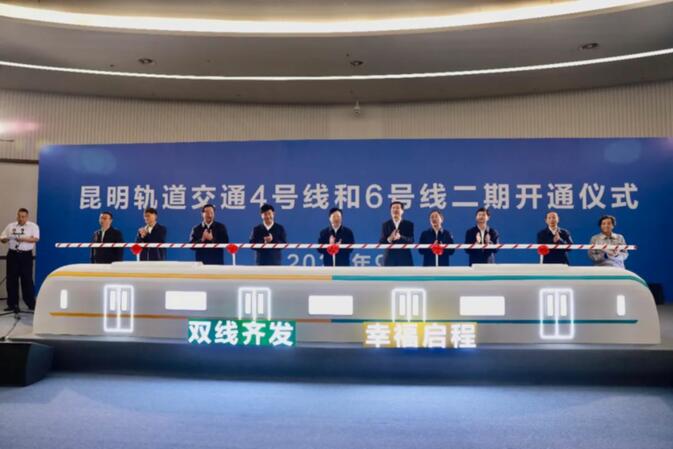 Currently the easiest way to get quick access to Kunming's metro system is by enabling the subway (地铁) card inside of Alipay's Transport section, or by finding the WeChat mini-app 乘车码. Both, after activation, will offer a QR code that can be scanned at the entry and exit gates of metro stations. 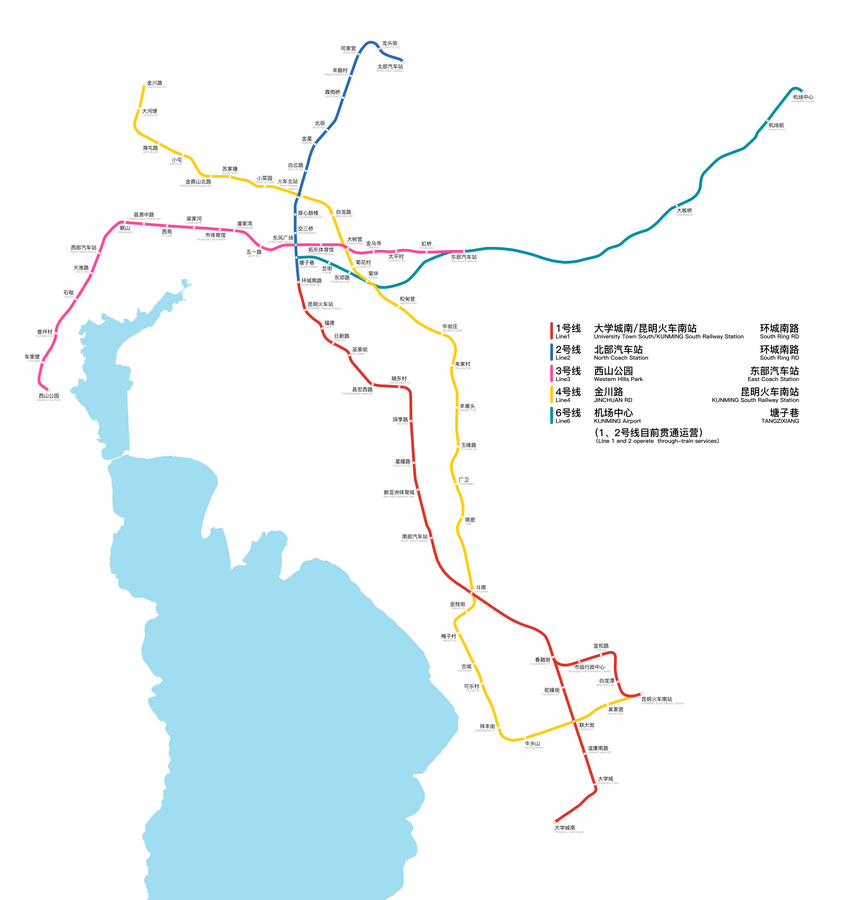 For those of you who'd prefer an actual visual and bilingual map of the Kunming Metro - please look here (is it ok to post a link to another website?).

I think this picture actually/obviously came from on of Kunming's prolific gov offices - but I'm too lazy and stupid to track it down (hint hint hint hint to gokm staff).

michael, i'm not seeing Kelecun station (aka Coke Village) on your map. Is it updated?

Yereth's image is bilingual, but readers may need a magnifying glass to decipher the small English font beneath the Chinese text.

The Line 4 stations vary with multi-themed designs to lively up the once dull public spaces beneath ground. Perhaps a concept modeled after subway stations in Europe and across the world. Would be cool to share gallery photos of them in this post.

Grace
The referenced map was an ANCIENT planning map...hence the hint hint hint hint to the gokm staff - when they have budget and absolutely nothing better to do with their time...

Yereth's map is great as a geographic index - but most high density subway maps (Beijing, Tokyo) go for the symbolic stations shown in the ancient picture I referenced. These things are great as either screensavers, desktop wallpapers, or mobile phone pictures (screensavers, wallpapers) for those who commute within the bellies of these steel dragons.

I used to carry around subway maps on small plastic cards (doubled as my prepaid card) when exploring these cities. Each station had uniquely popular venues for both tourists and long-term locals alike (popular eateries, shopping boutiques, etc).

@Michael We'll design a map after the holidays. Currently the officially released schematic maps are all low-res, even on the official website of Kunming Metro. This was the best map available so far.

Yereth
I was thinking that gokm could maybe get the Kunming Tourism Dept and the KM Metro et al to pay for a professionally illustrated bilingual PDF map and maybe start a series of web articles and videos on things to do and see (and eat) at each station - aside from the major tourism venues.

NHK (Japan) did this about 20 years ago - very popular and interesting series - inspires people to get out, socialize (when it's safe) and support local businesses...or not.

If Yereth hasn't started, perhaps take the easier route. Have someone shoot a high def photo of the official KRT poster at the station and upload the image here. They should have English pinyin alongside the Chinese. Done.

March 9, 2021 "It is worn and being used for several years. The headlight and horn don't work. Except for these problems, most parts function fine. Brake and throttl …"
Jobs Offered Andy Young