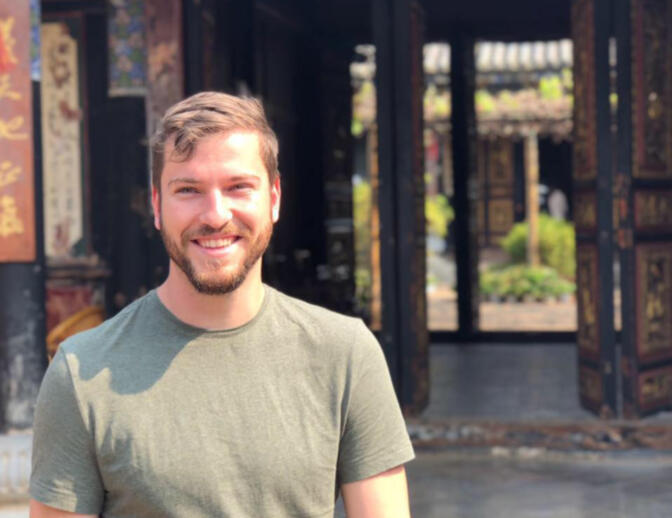 Kunming expat Teddy Bowers is not someone you want to run into on the rugby pitch. But meet him at any one of the four Yunnan-based O'Reilly's Irish Pubs he co-owns, and it's a different story. The affable New Yorker has called Kunming home since 2012. With business partners Mimane Musa and Tim Verplancke, Bowers has carved out a small empire where draught beer, live music performances and the biggest rib dishes in the province reign supreme. We recently sat down with him to talk about business, beer and, of course, rugby.

GoKunming: How did you end up in Yunnan and what keeps you here?

Teddy Bowers: When I was in university, I studied and did an internship in Beijing. While I love that city, I knew I needed to be somewhere else. On the surface it was for the air quality reasons that everybody here understands, but more deeply I wanted to challenge myself. I found that in Beijing it was just too easy to slip into the expat lifestyle and miss out on both the challenges and rewards of experiencing the developing side of China.

I found a private equity job in Kunming and took it without too much research. Luckily I found not only the personal challenges and opportunity for growth I was looking for, but also an amazing community of people looking for the same things. Over the last six-plus years I've traveled all over China for work, tourism and rugby, and nowhere else is even close to the home I've found here in Kunming. 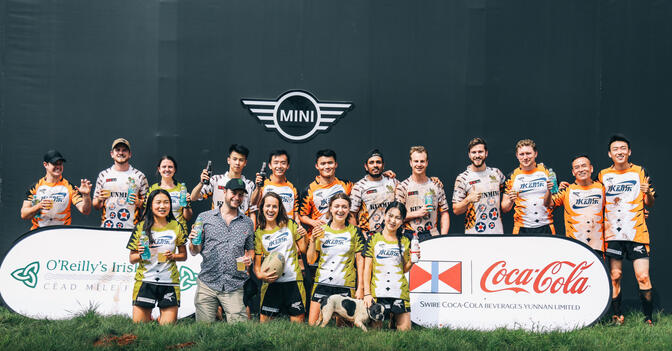 GK: Do you have an overarching business philosophy?

Bowers: I guess I have two main business philosophies. The first is to invest and work in businesses that you believe in and would use or patronize yourself. I was a customer and friend of O'Reilly's for over a year before I got involved, and by then I knew that the pub was a special place and I wanted to connect with it.

The second is to believe in the people you work with. They say to never work with your friends, but as long as you know your friends well and your ideas align, it can be the best of both worlds. Those two cover what I think makes a business work and worth investing in.

But as for what a business should do once successful, I really believe in building a community and taking care of it. I think communities crop up naturally as a consequence of my first two ideas, since people are attracted to those who believe in what they are doing, but once that community emerges you have to help it flourish.

One of the things I'm most proud of is how many friends, couples, and spouses have met at O'Reilly's. We've even had several wedding parties! Thinking about that always makes me smile. Another thing I'm proud of is supporting our local rugby club, the Flying Tigers, both with beer and logistics. And you can't talk about the communities a business creates without mentioning the company's own culture. We try our best to take care of our staff, give them the support and structure to grow, and don't ask for anything more from them than we would ask from ourselves in their position. 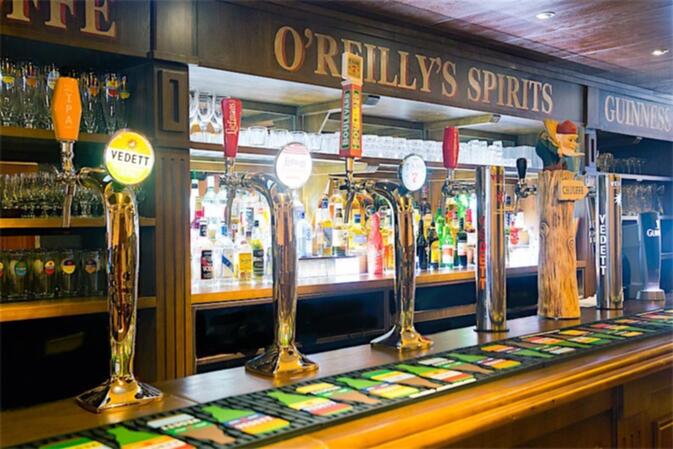 GK: Speaking of running a business, what do you consider your biggest challenge so far?

Bowers: Yunnan is such a diverse place that every person has their own ideas of what a pub should be. In the early days of the pub, a lot of customers didn't understand much about draft beer, much less imported draft beer, and would instead always ask for warm, weak beers by the dozen.

At that time, it would've been much easier and seemed like the right decision to start selling beers that way to make our customers happy. In retrospect it was absolutely the right call to stick to our instincts and relish what makes us different. These days you see an ever-increasing number of bars with draft beers available, and even a burgeoning microbrewery scene here in Kunming.

GK: If that was your biggest challenge, what has been the biggest success?

Bowers: When O'Reilly's first started out, it was buoyed by a consistent foreign clientele. These days the pubs see between 80 and 90 percent local customers. In order to expand the pubs in the way we have, we absolutely needed to make that transition. Considering the struggle we initially had with draft beer, I think that clientele shift is one of our biggest successes.

GK: What's on the horizon for O'Reilly's as a company?

Bowers: In April 2018 we opened our fourth location and our first branch outside of Kunming in Qujing, a city about 120 kilometers to the east. It's a great city and it's been a big challenge for us to strengthen our brand and establish what we want our customers to experience at an O'Reilly's Irish Pub, while simultaneously being open to adapting in a different local business climate.

In the future we would like to open more locations in more cities all around Yunnan, and maybe even in other southwestern Chinese provinces. For now though, we are focusing on doing all the little things as best we can in the locations we currently have.

GK: In terms of the future, how do you see Kunming evolving over the next several years?

Bowers: Kunming is becoming a more developed and more international city year by year. With the growth of affordable domestic airlines, Kunming Changshui Airport became the 39th busiest airport for passenger traffic in the world in 2017. With accessibility comes visibility, and many large companies, both Chinese and Western, are starting to more readily turn their gaze towards Kunming and Yunnan.

Of course this will mean increased competition, but it will also be a larger opportunity for locally grown businesses to flourish and extend their reach. Along with increased development will also come demand for increased quality from customers, so be prepared to grow and change with the times, or be left behind!

GK: You've been a member of the Yunnan Foreign Business Club since its inception. What's been your overall impression?

Bowers: The YFBC was originally conceived of by a group of foreign business owners as a forum in which we could share solutions to problems we all encountered in the fast-changing business environment in Yunnan. Since then we have gone with groups to local business sites, had business speakers from other cities and hope to continue growing.

If you're at all considering starting a business in Yunnan, I would highly recommend coming to an event to make use of the collective decades of experience our users have between them across a wide breadth of industries! 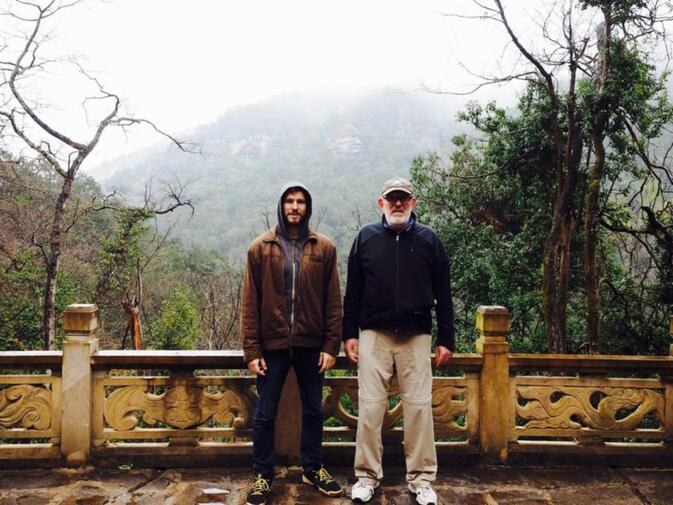 Down Under in Kunming: An interview with restauranteur Charles Bluett

Bringing a taste of Italy to Yunnan: An interview with Diego Triboli

A conversation with brewer and pub owner 'Uncle John'

Not sure what the previous comment means, but Teddy is a great guy and good to have a member of the international community here.

I'm sure he is. Nothing personal but GoKunming is starting to sound like an in-house corporate magazine. Maybe stuffy is a better word.

My understanding is that the author took it upon himself to interview fellow members of the Yunnan foreign business club and submit the articles to GoKunming. The second article he did was about Jeff Crosby, who to my knowledge is not, and has never been, an advertiser on GoKunming.

Sorry if I wasn't clear, I wasn't talking about advertising, but about style. I just meant lighten it up and liven it up.

No worries, I guess the word 'creepy' didn't clearly convey that to me.

I think the aim is to write about people who are active in the expat community. The writers will hit the people they already know as low hanging fruit. Maybe is someone who likes to write knows people in the music scene.they could broaden the range of people covered.

@ tiger: 'people in the music scene' - yes, I agree, would be a good addition - but then many of such may have problems thanks to what they have to do to be musicians here while simultaneously maintaining visa status. Wish immigration policy would change to enable.
@ agree with cloudtrapezer - I wouldn't go as far as 'stuffy', and definitely not creepy, but lighten and liven it up sounds right. Personally I have no interest in the Sofitel etc. tendency - though I'm not suggesting that gokunming has bought into all that. I am suggesting that they shouldn't.

In the old days when people talked about their platforms, they were talking about their shoes (a fashion low point I admit). If they mentioned their focus it was to do with their camera, Now it's anyone's guess what they mean. Business-speak is a horrible virus that's infected English. Let's have less of it. Better still, none of it

Courtyard Concert: "The Sound in the Strings"