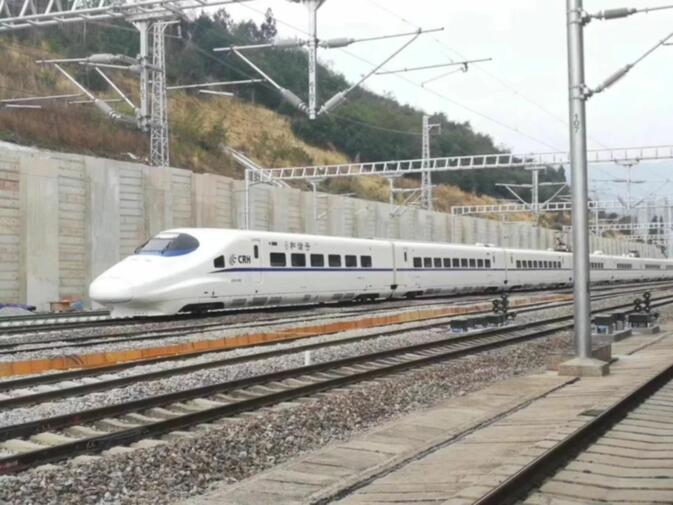 Following nearly a decade of discussion, planning and plenty of tunneling, railway trips between Dali and Kunming are about to become much quicker. Beginning in July, the two cities will be connected by bullet trains for the first time, with journeys in either direction expected to take two hours or less.

The Kunming-Dali Highspeed Railway is set to become the latest bullet train service in Yunnan, following the opening of connections to Shanghai, Guangzhou and Chongqing over the past 18 months. The line to Dali was originally announced way back in 2009. At that time, provincial authorities were confident the track would go into operation by late 2012 or early 2013.

However, as is the case with nearly every railroad built South of the Clouds, construction through the province's mountains proved difficult. Sixty percent of the new Kunming-Dali line either passes through tunnels or across bridges. If years of delays led to cost overruns, online reports fail to mention them.

Costs aside, a bullet train trip from Kunming's South Station to Dali will now be three times faster than by conventional railway. Cruising speeds for the electric multiple unit trains are expected to reach 200 kilometers per hour as they shuttle through eight stations — including a stop in Chuxiong (楚雄) — before eventually arriving at Dali Station, which is in the city of Xiaguan (下关).

Because the trips will be so quick, plans are to run 30 trips each day. They will depart Kunming every 25 minutes, on average. Currently, final test runs along the track are underway and stations along the route are receiving last-minute touchups. Ticket prices for the two-hour trip have yet to be released.

This is not the last railway infrastructure project for Dali, far from it in fact. Work continues on the Dali-Ruili line, which will one day connect railroads in Yunnan to those in Myanmar, ostensibly as part of long-envisioned Kunming-Singapore Network. The track running west to Ruili (瑞丽) is beset with problems and will not be finished for years. The challenges have been so intense as to be almost comical, and have earned it the moniker 'Railway from hell'.

Editor's note: Thanks to GoKunming user 'pengland' for updating us on this story in the Forums.

A railroad from British Burma into Yunnan was considered by the Brits up until about 1899 - idea given up as too much trouble.

What are the eight stations? Does anyone know?

Dali will change even more, but that rate of change may be faster. What will change is the crowds and prices for accommodation. If it follows the pattern of Lijiang and other places, locals will sell up and outsiders will move in, either as buyers or long term renters.

it's great, but having to go to Kunming South (another 1 hour by subway + necessary buffer time 20-30 minutes) makes the trip length roughly the same?

@starasvina. Maybe, maybe not. If you use public transport, there will always be transit time to the transport hub, and the necessary buffer time.

On our trips to wife's hometown in rural Baoshan, we've pretty much had to spend a night in hotel in Dali on the way, before taking a bus west to Yongping and then shared car south to rural Baoshan in the following day.

Sometimes it's a choice though, because there are friends to see in Dali - but more often necessity.

With this new train, we may be able to take early train to Dali, and have enough time to get to Yongping and to our final destination within same day.

So for us, and I believe many western Yunnanese who make way home, this will mean opportunity to skip more of Dali.

Hi. Have the ticket prices been released yet? And is there an official start date yet?

Price is out, 145 rmb for cheapest seats. A bit steep.

Child discounts for those shorter than 150cm. I'll do my best Mini-Me impersonation.

the old station has a high speed link? I haven't seen that being built