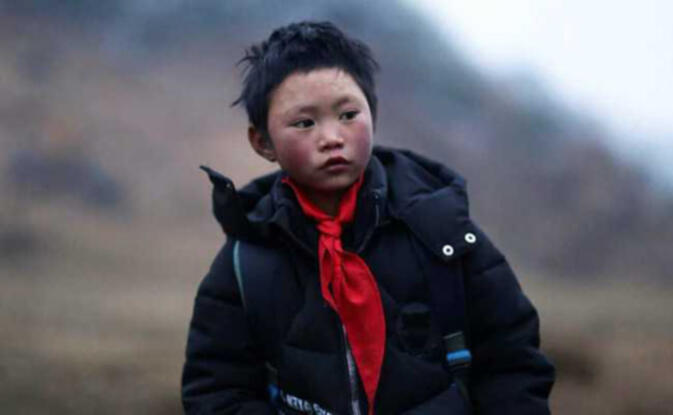 While we at GoKunming raced around the office frantically planning the Best of Kunming Awards show, news stories out of China and Yunnan continued to unfold. Here is a quick look back at what was happening during the first fortnight of 2018 — three stories involving a cataclysmic ship fire, a frozen celebrity and some very rare monkeys hiding out near the border of Myanmar. 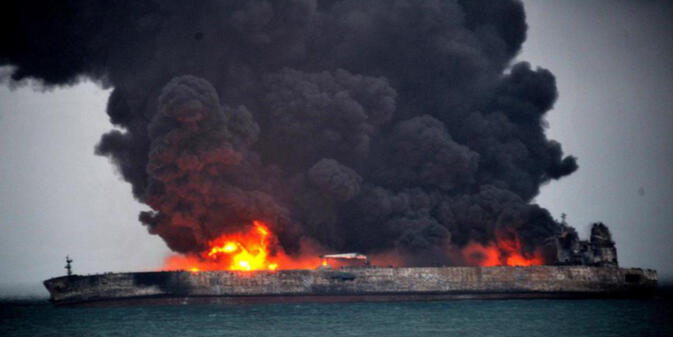 The biggest news coming out of China in the first two weeks of January took the form of an enormous environmental catastrophe. In the East China Sea, 250 kilometers off the coast of Shanghai, the Iranian tanker ship Sanchi burst into flames on the sixth day of the month after colliding with an American cargo vessel.

Wrecked and adrift, the Sanchi burned for the next eight days. The ship was transporting one million barrels of ultra-light crude oil to Korea when the accident occurred. Chinese naval vessels searched in vain for surviving crew members but were only able to recover three bodies from the ocean. On January 14, the Sanchi sank, leaving behind an oil slick that now stretches more than 120 square kilometers across the surface of the ocean.

China has deployed at least a dozen ships in an effort to curb the spill's spread with dispersal chemicals and containment buoys. All related fires have been extinguished, but as of this writing, the oil slick continues to creep toward the shores of South Korea, Japan and Taiwan. The cause of the initial ship-to-ship collision remains unknown. 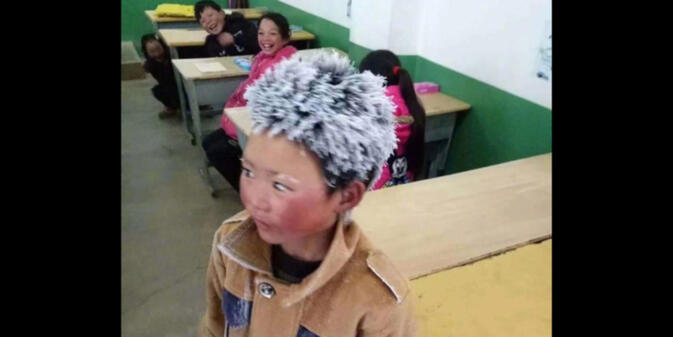 From the biggest China story to the one making the most noise South of the Clouds. As discussed in the GoKunming Forums, a nearly frozen school boy from northeast Yunnan's impoverished Zhaotong Prefecture (昭通) caught the attention, and then the pocketbooks, of people around the country. Dubbed "Frost Boy" by the foreign press and "Ice Flower Boy" (冰花男孩) in Chinese media, nine year-old Wang Fuman (王福满) from little-known Zhuanshanbao Village (转山包村) is now a Chinese celebrity.

The story went viral on January 8 after the principal at Wang's elementary school posted a photo of the boy — hair, eyebrows and lashes white and frozen solid — online. Wang had walked nearly five kilometers to school that morning in a -9 degree centigrade snowstorm without a hat or gloves. The photo was accompanied by another showing Wang's cracked and raw hands resting atop a test paper.

In response to the pictures, donations of clothing and cash poured in from across China. Each child at the Ludian County (鲁甸镇) school will receive 500 yuan from one donor with which to buy new, warmer clothing. Meanwhile, according to China Times, a combined 440,000 yuan has been donated to various Zhuanshanbao Village children's funds. The photos have also ignited a spirited online debate concerning China's approaches to poverty alleviation. 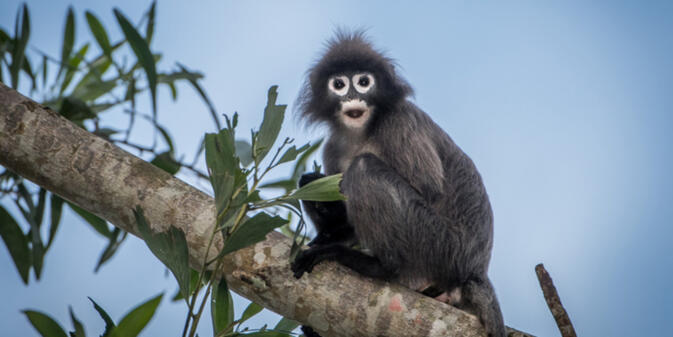 Biologists conducting a wildlife population survey in western Yunnan's Dehong (德宏) stumbled across an unexpected find at the start of the new year, identifying a troop of 200 Phayre's leaf monkeys in an undisclosed area of the prefecture. The discovery is, according to website Global Times, "the biggest group ever recorded in China". The animals, also referred to as Phayre's langurs, are endangered in China and, as such, protected under the country's most strict legal classification.

The arboreal primates have extremely long tails, ringed eyes and lips and can live up to 20 years. Such a large group is exceptionally rare, as the animals typically live in troops of 20. It is an encouraging sign for conservation scientists, who feared a combination of climate change and deforestation had led to the species' near disappearance in the forests of southwest China.

Very discouraging follow-up on the 'Ice Flower Boy' and the current situation of his family:
says.com/[...]