Despite rumors, Kunming's most popular wet market to remain in place 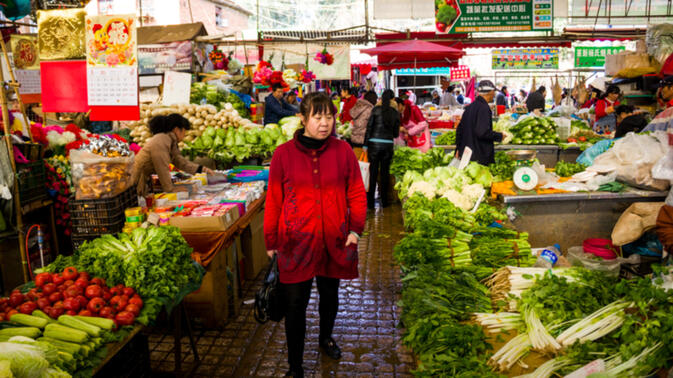 First came the rumors of the imminent closure and demolition of the city's largest and arguably most beloved market. Next up was speculation that it would instead be moved to a different location. Now, according to a report published on Yunnan Net, the Zhuanxin Wet Market (篆新农贸市场) will undergo continuous renovations designed not to disturb business too strenuously beginning in early 2018.

Zhuanxin has been open and thrumming with business since it first opened in 1998. However, earlier this year, through Kunming's lumbering rumor mill, whispers began to circulate that the venerable collection of food stalls was slated for demolition. The location, on Daguan Lu between Xichang Lu and Huancheng Xi Lu, was seen by many as ripe for demolition because it occupies prime real estate overlooking the Panlong River near the city center.

Those fears gradually morphed into the idea that Zhuanxin would be moved. Where and when remained questions open for speculation at least since September. Nearby residents and regular shoppers alike voiced concerns that something along the lines of the Luosiwan relocation — the unhappy removal eight years ago of hundreds of shops to a new home a dozen kilometers away — was in the offing.

The Wuhua District government put those fears to rest for good late in November, announcing that the sprawling wet market selling everything from live fish to homemade tahini would be neither demolished nor moved. The decision was perhaps spurred on by a slew of phone calls made to the mayor's hotline by concerned citizens desperate to save the all-in-one market.

A new lease has been negotiated and a new management company has now taken over. In an effort to raise the property's overall value, the new market owners, Kunming Number 3 Construction Company, announced plans to upgrade the entire facility. What exactly the changes will be remain unknown. They will no doubt include a thorough cleaning, as the market, while number one in the people's hearts, is certainly ranked far lower in terms of general hygiene.

The renovations are set to begin at the beginning of the new year and be carried out in phases that are not expected to affect daily business. For many residents of central Kunming the news came as an enormous relief. For 20 years Zhuanxin has been a hub not only for shopping, but also for socializing, especially amongst the city's elderly.

Thank God.
The Zhuanxin Wet Market is one of Kunming's hidden gems.

this one starts with a John Nevada moment! www.youtube.com/watch?v=StEUInixI3s

I predict its days are numbered