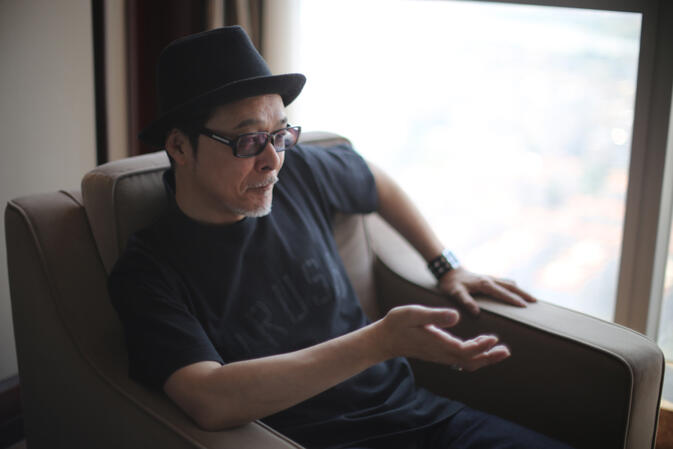 Historically, it is hard to think of a bigger international name from the world of hip-hop coming to play a show in Kunming. Could this be a new sign of the times? Hailing from Japan, DJ Krush — given name Hideaki Ishi — has carved out an iconic career. He is best known for being one of the most influential DJ pioneers in his native country, whilst also making massive contributions to the international hip-hop and trip-hop scenes. In his early years, he ditched local gang culture for a more respectable career in music after being inspired by the seminal 1983 hip-hop movie Wild Style.

As I made my way to the interview with photographer Kris Ariel, a fierce wind blew my hat off twice, as if a mysterious force of nature was whirling around the building. I thought of the old Japanese proverb, "Though the wind blows, the mountain does not move". DJ Krush — and his epic 25-year career — was the proverbial mountain we needed to reach.

Toyo, DJ Krush's tour manager and translator, met us in the hotel lobby and we followed him up. Krush oozed effortless style as he opened the door, wearing a black hat, black spectacles, a black t-shirt with the name KRUSH printed in capital letters, dark pants, a funky watch and some silver rings. Throughout the interview, Krush used his hands in a most expressive fashion, as if he was scratching some invisible turntables as he answered our questions. There was a kindness and politeness to the way he spoke, and he seemed completely at ease in the run-up to his Saturday May 6 show — his first ever in southwest China. Here's how our interview went... 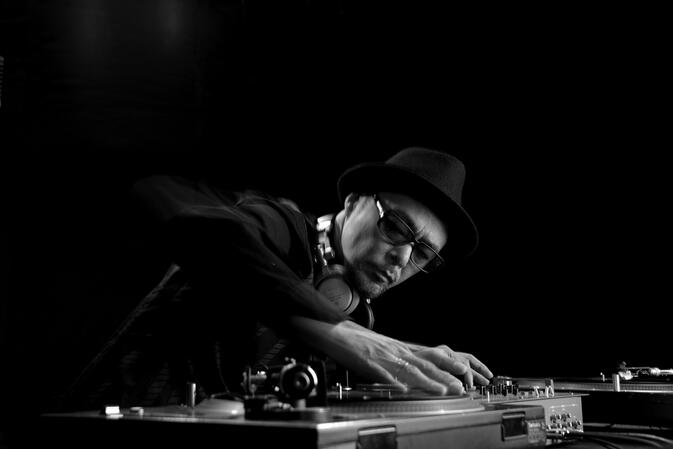 GoKunming: Welcome back to China and welcome to Kunming! How has your trip been?

DJ Krush: Hello Kunming! This is my first time coming to the Spring City. For this visit to China, it's not solely my own tour, but features other artists. We're playing three festivals in the cities of Beijing, Shanghai and now here. I've only been in Kunming one day but yesterday we ate something like an insect...little worms. Wow!

GK: Are there any artists in China that you think are making waves right now?

DJ Krush: Unfortunately, I'm not so knowledgeable about the China music scene. I need to spend more time checking it out and see what's going on. However, in the past, I've found that the audiences in China are very powerful.

GK: Where do you see for the future of hip-hop and trip-hop?

DJ Krush: It's difficult to say. I can't know the future, so I simply just try doing my next thing. Always just next...next...next. With modern hip-hop today, I can't even really say if I like it or dislike it. 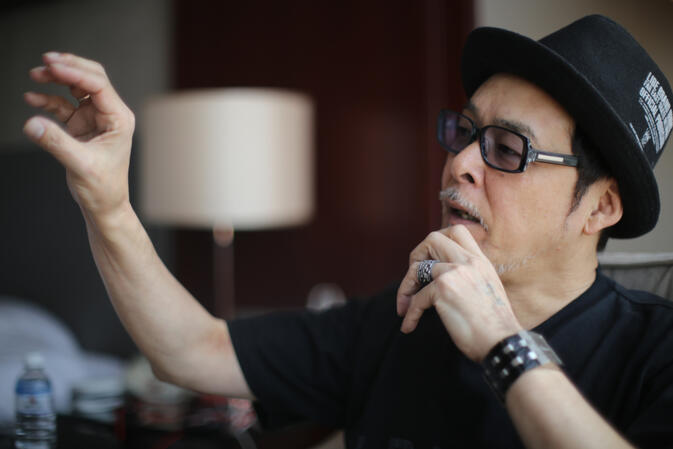 GK: In your view, how has American and Japanese hip-hop differed historically?

DJ Krush: The two cultures of America and Japan are just very, very different. So because of that, the message in each country's rap and hip-hop is also very different, very dissimilar. But one thing that remains the same everywhere in the world is that there are always many problems. And it's those problems that people from different cultures rap about.

GK: What keeps you inspired when composing new music?

DJ Krush: Mainly, it's my family — talking with them and traveling the world. Also, playing gigs outside of Japan and having incredible new experiences always inspires me. I can't imagine working in any other medium. Making music is what I do. Other than that, I just like to go fishing when I have time.

GK: Can you tell us about the album Kiseki, coming out in June?

DJ Krush: On this new album we will only feature Japanese rappers, which is very exciting. It's the first time I've done something like this in my career. So I'm really looking forward to it. Its different from last year, when we recorded a performance for VICE inside a temple in Japan. That was a very relaxed and very natural experience. But I'm so busy with the next release, I just don't have time to work with any other artists at the moment.

Right now, pretty much the only thing for me is the new album. It will only be released in Japan, but then I'll release another new record at the end of this year. The second one doesn't have a name just yet. But this one will be a world release. I plan on it being more instrumental with guitars. Not quite so minimalistic. I really like the old analogue ways of making music. My recording style has changed and become more digital over the years, but I still prefer analogue.

GK: How do you stay loose on tour?

DJ Krush: Sleep. My mattress is pretty much like my girlfriend! [Laughs] Also, I spend a lot of time in my hotel room and just sit back and make music. This is what I do.

GK: Random question: If you were stranded on a deserted island, what three albums would you bring?

DJ Krush: This is a very difficult question to answer. I guess I wouldn't bring any music at all. I would just listen to the natural sounds of the island and remember the voices of my family — the five of them. 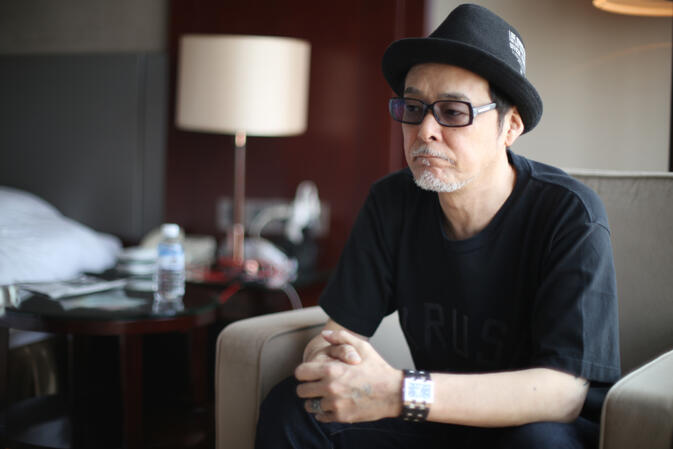 So...basically he's DJing mixing hip hop and rap with a theme of Japanese problems rather than American ones. Wow. I'd rather listen to the natural sounds of the island too

Vicar, when you become an internationally recognised hip-hop legend we might take your pointless comment seriously. Until then, scram.

But I would rather to the natural sounds of the island - just like the internationally recognized hip-hop legend said. We share the same desire. Lemmy from Motörhead didn't go home and listen to hard rock / metal after every gig did he.