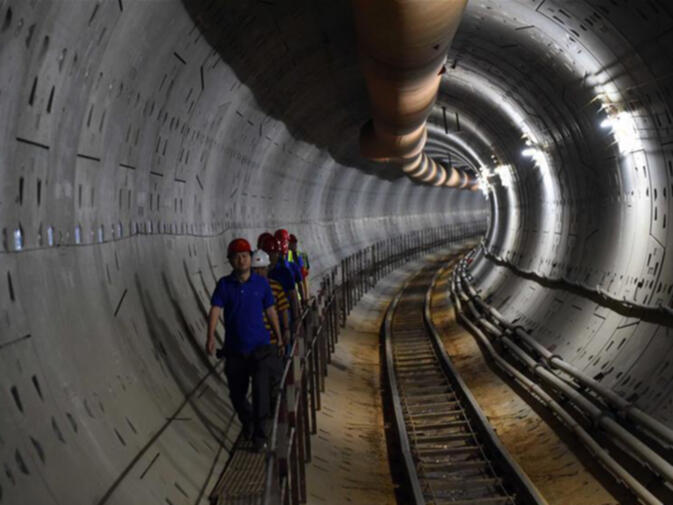 Only a few days after reports surfaced regarding at least some progress on the city's under-construction subway lines, Kunming officials once again upped the development ante. On Sunday March 5, the Kunming Municipal Transportation Bureau (昆明市交通运输局) announced plans to build two new Metro lines.

The first bulletin was simply a bit of administrative tidying up, mostly regarding Metro Line 3. For months, sections of Xuefu Lu (学府路) have been snarled by subway construction running down the middle of the street. However, above-ground work along the road is now scheduled to be finished by "the end of June" — a timeframe coincident with the most recent government prediction of when Metro Line 3 could possibly open to the pubic.

Now, two additional lines have been added as part of the Kunming City Urban Rail Transit Construction Plan (2017-2023). Unfortunately, the five-year plan has no estimated timetable for the completion of any Metro lines, either those currently being built, or the two just unveiled. But it does explain roughly where Metro lines 7 and 8 — which are only now in the bidding process and must pass required environmental impact assessments — will eventually be laid.

Line 7 will run from northwest Kunming's Puji Traffic Interchange (普吉立交) to Qidian (七甸) in southeast Chenggong. Media reports claim the line with have 31 stops and cover 42.5 kilometers. Meanwhile, Line 8 will begin on Longchuan Lu (龙泉路) and end at Fubao Dong (福保东) in Guandu District, roughly linking the northeast and southeast portions of the city across 23 stops and 29.6 kilometers

Work on the city's subway network entered the official planning stage in 2008, with excavations starting in 2010. Progress was expected to be quick, but a series of postponements pushed target dates back again and again. To date, the city has three Metro lines, two of which are not entirely finished, while a third has been temporarily decommissioned since March 2016.

Lines 1 and 2 run for a total of 64 kilometers north-south through the middle of the city and connect at the Dongfeng Dong Lu Station. Both are also planned to extend several stops beyond the Dongfeng terminal in opposite directions. Meanwhile, Line 6, which used to connect Kunming Changshui International Airport to the East Bus Station, has not been in service for almost a year.

With no clear schedule and a track record of missed deadlines, it could be quite some time before Kunming has more than just two bisecting Metro routes. One thing that remains certain, however, is the presence of construction along many of the Spring City's most important thoroughfares for years to come. 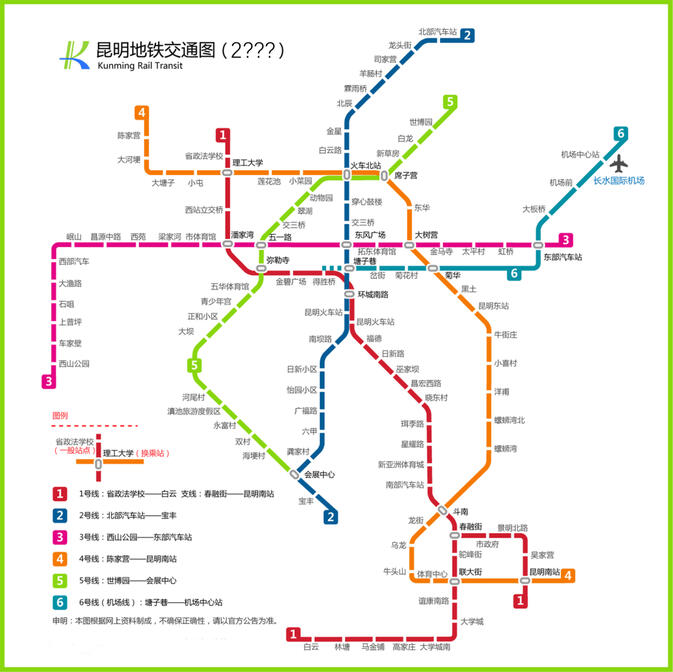 I guess they have to find a way to fund those 'guanxi' entitlements. Who knows where the monies really go?

Elevated trains would have been quicker, which is why they use them for long sections of track outside the city.
However, it would have requited tearing down whole neighborhoods, causing huge disruption to city life, not just traffic. Then there is the socio-economic impacts of closing down large areas of the city. Additionally, the large numbers of demolitions would have a major impact on air quality, and what do you with all of the building rubble.
Finally, the increased cost for the whole process; bearing in mind that cost was also a major factor in the lack of progress thus far.