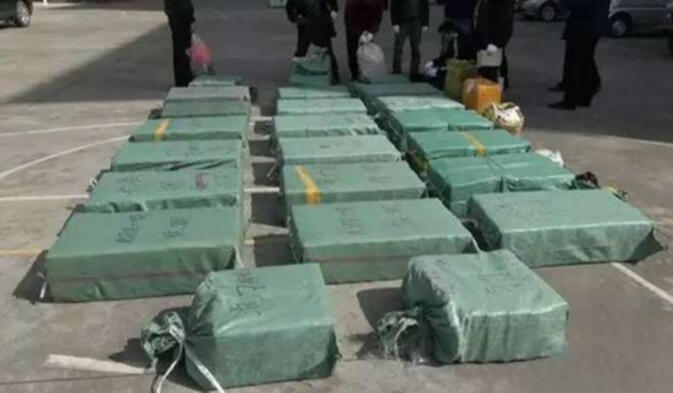 On the morning of January 28, two sport utility vehicles from Myanmar approached a border checkpoint outside the city of Longchuan (陇川) in far western Yunnan's Dehong Prefecture (德宏州). When ordered to stop for questioning by law enforcement personnel, the driver of the first car apparently opened fire with a pistol and then attempted to drive away.

A further exchange of shots ensued, with the driver of the second car reportedly throwing multiple grenades out of the window as he too attempted to flee. Police officers shot both men, killing one instantly and severely wounding the other. Although taken to a nearby hospital for treatment, the injured culprit died several hours later.

Two border guards — who are being heralded by news outlets and on social media as national heroes — were wounded during the attack. Media reports have yet to explain how the pair sustained their injuries, but both are said to be stable and recovering at local hospitals from non-life threatening injuries.

In the aftermath of the shootout, security personnel recovered a combined 330 kilograms of heroin, methamphetamine and opium from the seized vehicles. A handgun and ammunition were also found at the scene. The cache of impounded drugs represents one of the largest and most vicious busts of its kind in Yunnan in recent memory.

While reports of drug interdiction in this region of are common, they rarely involve the level of violence seen last week in Longchuan. However, security operations along the Sino-Burmese border have traditionally been exacerbated by a host of issues. Of the challenges incumbent in patrolling Yunnan's nearly 1,000-kilometer western frontier, a 2013 op-ed in People's Daily perhaps presaged the shootout, saying:

January 20, 2021 "Summit Language school is looking for qualified and enthusiastic teachers to join our team starting in March. The school is location in Wenhuaxiang n …"
Study Maham Khalid Rao