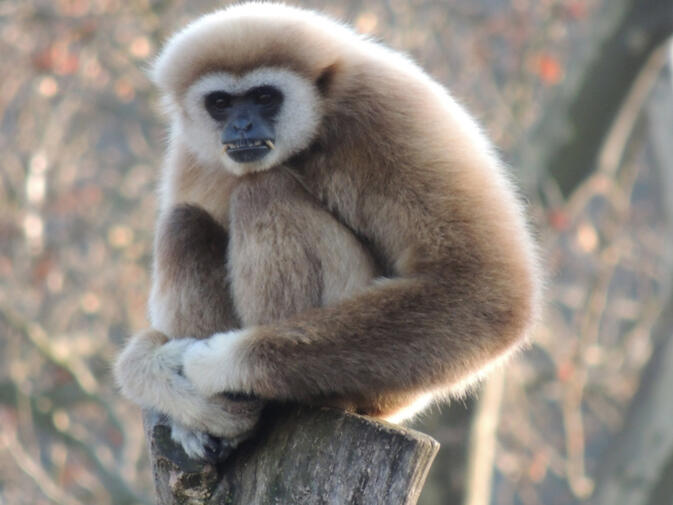 Police in Yunnan recently apprehended several key members of what authorities are calling the province's largest network of wildlife traffickers. According to a NetEase News report, a months-long investigation into the core group of individuals responsible for the illegal activity has led to multiple arrests.

On May 20, police stopped a car at a highway tollbooth outside of Kunming, later arresting the driver and his passenger. Various endangered animals were found in the vehicle, including several red slender loris (蜂猴). The diminutive nocturnal primates — which have enormous eyes but grow to weigh only around 350 grams — are considered one of the world's most endangered species. Practitioners of Traditional Chinese Medicine value this variety of loris as a remedy against eye diseases.

Following the arrests in Kunming, police raided a storehouse owned by the two smugglers in southern Yunnan's Kaiyuan (开远). There they found more wild animals and related products, as well as records connected to the illegal dealings of a network of traffickers. The police were able to use this information to identify and arrest two related buyers, one in Kunming and one in Chongqing, both of whom were minors.

Authorities stopped a second car at the same Kunming tollbooth three days after the initial arrests. The driver and two passengers were returning from the border town of Hekou (河口), where they had allegedly finalized a transaction with a Vietnamese supplier contracted to sell them lar gibbons (白掌长臂猿). The smugglers and their buyer were then linked to the network discovered in Kaiyuan, and police believe the the two gibbons were to be transported outside of the province. More arrests are expected as an investigation continues.

Several subspecies of lar gibbons inhabit the forests of Southeast Asia, but are increasingly rare due to deforestation, loss of habitat and poaching. Wei Dong (魏东), who is heading further investigation into the smugglings cases as detachment captain of the Yunnan Forestry Police in Honghe, told reporters that he believes lar gibbons may be completely extinct in China. He explained this was the first time he had seen a specimen in his many years as an officer, and indeed, scientists declared the Yunnan-based subspecies extinct in 2008.

Two years ago, Chinese lawmakers introduced harsh punishments for traffickers, hunters and consumers of endangered animals. The prohibitions against eating or otherwise using endangered species specifically targeted the provinces of southern China, especially Guangdong, Guangxi and Yunnan, where an estimated 70 percent of the smuggling in Chinese black market animals takes place. Not coincidentally, all three provinces are in close proximity to, or share borders with, Southeast Asian countries labeled by the United Nations as hotspots for the international trafficking of wild animals.

"The animal has big eyes, so eating it will help eye disease" ...TCM, eh?

Is it a crime if the TCM practitioner has the dead parts of endangered species or prescribes them for an ailment?

Supply and demand. Go to every TCM office and confiscate all endangered species products they have in stock. Do this throughout the entire nation. Photograph and record the owner and store and let them know if they have any of these products ever again they will go to jail or get the death penalty. Problem solved. Same for ivory and other items.

Death penalty would be ridiculous.