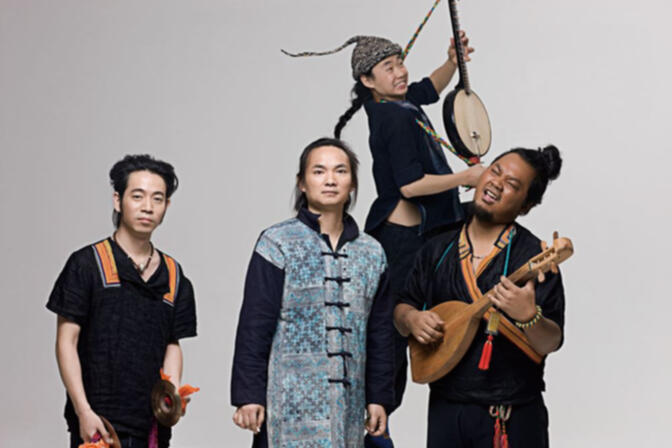 Reality television in general, and Chinese reality television in particular, may not be high on your television viewing priority list. So over the past weekend you may have missed the announcement that a minority folk band from Yunnan, and not some over-groomed warbler singing the latest saccharine-laced Mandopop, won best performer on one of China's largest music competition shows.

Shanren Band (山人乐队) was named the winner of nationally syndicated television program Sing My Song (中国好歌曲), which features individuals and groups who are only allowed to perform their own original songs. Now in its third season, the most recent version of the competition began late in 2015.

For their efforts, Shanren Band were not rewarded a cash prize or signed to a recording contract. Instead, the group received national television exposure for their unique brand of music. First formed in Kunming in 1999, the band blends traditional Yunnan and Guizhou ethnic minority music with rock, reggae, ska and rap.

Their sound has won them a devoted following in China for a decade and a half and the win on national television will no doubt garner even more fans. Never much for standing still, the band has repeatedly toured the mainland festival circuit, including the 500KM City Music Festival in 2011. Venturing overseas, they have played in France, Spain, South Korea and the United Kingdom.

Shanren has also toured extensively in North America with long-time drummer Sam Debell, and has spent months at a time participating in educational and cultural outreach programs in the United States. A televised contest such as Sing My Song was most likely a pressure-filled few months, but for a group that has been ice fishing during the North Dakota winter, some things come easy.

Glad to see this article and to read about the success of shanren, a really fine band.

Are they the crowd who played DT last year?

I think they did and I missed it.

Search gokunming calendar if you can figure out how to do so.

Hang on a minute are you knocking over-groomed warblers and saccharine-laced Mandopop artists?