Shangri-la still looking to bounce back after horrific fire 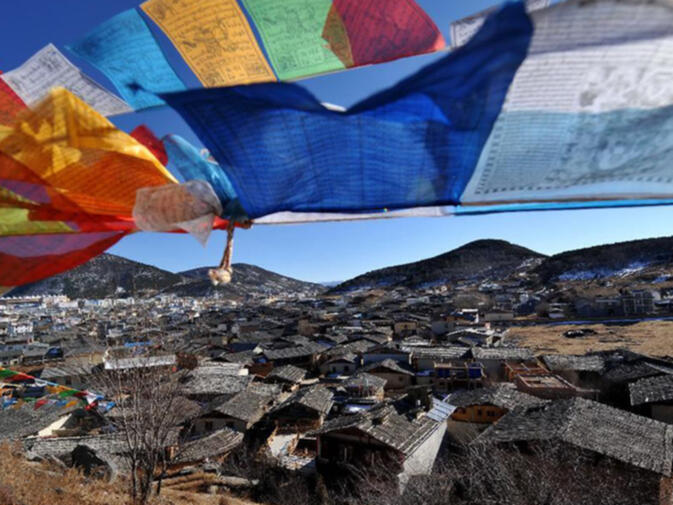 Shangri-la in 2012, two years before a devastating fire gutted much of the old town

Earlier this week, Chinese news outlet Xinhua published an article outlining how Shangri-la, a mountain town in northwest Yunnan, is scrambling to recover two years after a devastating fire. The report paints the picture of an area rebuilt with huge amounts of government money that has so far failed to attract enough tourists for the local economy to bounce back.

As we had not visited since the 2014 fire that destroyed more than 300 Tibetan-style homes and businesses, we were curious to see if such characterizations were true. To find out more, we contacted business owners living in Shangri-la to see how they would describe the city's recovery, especially in the old town, called Dukezong (独克宗).

The Xinhua article cites one shop owner who says his business is down nearly 90 percent since the fire. The report goes on to quote unnamed government officials who "don't expect a significant increase in tourist numbers over the summer", when visits are typically at their highest. So, in a town that 15 years ago changed its name from Zhongdian (中甸) to Shangri-la (香格里拉) specifically to attract more tourists, is the situation as dire as portrayed? Turns out, it's complicated.

Joel Simbrow, owner and operator of The New Town Raven bar generally agrees with the Xinhua article assessment, although he remains optimistic for the long term:

I do not expect tourism to recover anywhere near one hundred percent this year, I don't think anyone does. There are just too many rumors around China, with people [saying] the whole city burned down...They're building a new high-speed railway and highway up here, though, so I would say three to five years [for a complete recovery].

There are also those who figure Shangri-la's turnaround will take far less time and indeed is already well underway. The provincial government has spent 900 million yuan (US$138.3 million) on reconstruction and fire-proofing measures over the previous two years, with an additional 300 million (US$46 million) earmarked for further improvements.

Songtsen (Sonny) Gyalzur, founder and chairman of Shangri-la Highland Craft Brewery, believes the money has been well-spent and tourist interest in the town is rebounding. "I think they're building the old town now better than before. So I see it as optimistic and positive...and the insights I get from tour guides look quite positive. So I hope we will have a better tourism season than last year," he says.

Rebuilding and basically rebranding has worked in other Yunnan cities devastated by disasters, most notably in tourist haven Lijiang. However, 1,300 year-old Shangri-la may have a much more difficult time attracting new domestic travelers. For starters, the town remains fairly remote and sits at 3,160 meters above sea level. "It's a tough tourist spot, always has been. It's a little too high for many Chinese, a little bit too cold," says Simbrow.

Reconstruction and renovation work continues unabated, and Gyalzur and Simbrow are both optimistic, just on different timelines. The two business owners both concluded their comments to GoKunming the same way, saying, "We'll see." Now the waiting game for the summer tourist season begins.

Small factual error: The Raven is not a bookstore, it's a bar.

Absolutely right, my mistake. The article has been corrected. Thanks Brendan.

No worries, its original pre-fire incarnation was my watering hole for many years along with the new one, so I'm a bit nostalgic over that place and what Jason and Joel have going now. I can say for sure that last year over the summer there seemed to be a general rumor across the tourism circuit in Yunnan in places like Dali and Lijiang where everyone was being told that Shangri-La was indeed completely burned down and not to go there. This is what many tourists who did actually come up would say people in other towns had told them. It's too bad these rumors seem to still be persisting; it didn't all burn down and now the reconstruction is essentially finished. The cold in the winter has always kept it a seasonal place though, everything shuts down in the winter. Which is why I've always liked the town so much because it always maintains a quaint atmosphere that Lijiang and Dali don't really have anymore.

Sadly, I am almost certain that people saying this know it to be false and are saying it to promote tourism in their own towns.

I'm glad to hear the Raven Bar is back in business!

The Raven indeed is a good place.

It did pretty much all burn down. I was there just two months after the fire, and dukezong was pretty much ash. I wish the article had some pics of how the rebuild looks.