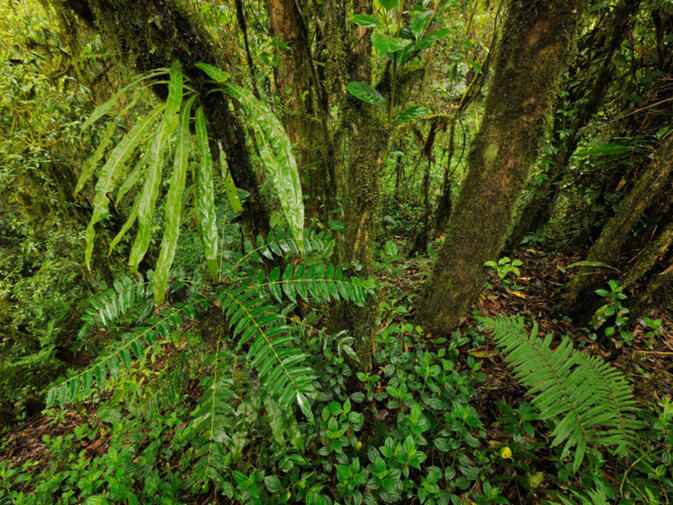 Quoting a series of somewhat esoteric statistics, the Forestry Department announcement also makes the claim that Yunnan ranks first in the country regarding timberland resources. The most highly touted number in the report is 1.48 trillion yuan (US$225 billion), which is the designated ecosystem valuation — a breakdown of the net worth of all assets contained in a given environment — for the entire province.

More important than the commodified price of all timber, water and wildlife comprising provincial woodlands, is the fact that the forests are growing. The recently ended drought that plagued Yunnan for nearly six years decimated some watershed areas and threatened large tracts of forest. Restoring damaged ecosystems has become a government priority, evinced by a pledge to spend 32 billion yuan (US$4.9 billion) on reforestation and preservation initiatives over the next five years.

Halting habitat loss and slowing land degradation appear to be foremost among Forestry Department concerns. Large swathes of the province, especially in the northeast, have for decades suffered enormously from man-made erosion caused by years of unchecked logging and mining. Meanwhile in the south, even tropical Xishuangbanna has shown evidence of impending desertification.

In reaction, tens of millions of trees have been planted over the past five years, and 24,000 square kilometers of existing forest and wetlands are now under some form of government protection. The Forestry Department report states such conservation methods have been put into place specifically to foster the growth of threatened hardwood species with the dual aim of protecting Yunnan's reputation as China's most biodiverse province.

Despite all of this activity, it remains to be seen what the long-term effects may be. Chinese forestry rehabilitation reports have traditionally included land used for monoculture plantations — which are not sustainable ecosystems — in their calculations. Another concern besides misleading data is that simply planting a large knot of trees on an eroding mountainside does not magically produce a functioning, healthy forest.

However, it does appear progress is in the offing, and that at the very least, bureaucrats are following plans once laid down by Party Secretary Qin Guangrong (秦光荣). In 2014, the province's top man reminded Yunnan's citizens that the environment always trumps development and "carries veto power" over economic growth.

not sure that rubber plantations, which are almost always planted in the place of natural forest, should count as 'reforestation'.

Good point. There is a lot of rubber in Banna. Took lovely photos of bamboo forests, then of the bamboo cut down and finally rubber trees. Such a loss.