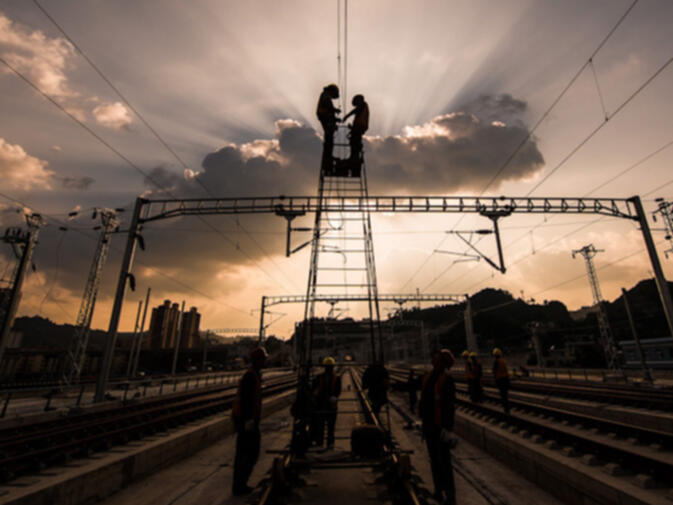 Following years of inconclusive negotiations, China and Laos have finally hammered out a financing agreement for a railway project connecting Kunming to Vientiane. Although terms of the deal have yet to be made public, representatives of both countries announced this week they are now ready to move forward on the multi-billion dollar endeavor.

Negotiations undertaken throughout 2015 hinged on the loan interests rates China offered its smaller, landlocked neighbor. Railway officials in Laos objected to the original figure of three percent interest on a proposed US$500 million line of credit extended by a consortium of Chinese investment banks. According to Lao Deputy Prime Minister Somsavat Lengsavad:

The Chinese offered us a loan with a three-percent interest rate, but we proposed that they reduce it...The rate, however, was not a barrier, and after we sent our delegation to negotiate, we finally reached an agreement...After calculation, we have determined that we will be able to pay it back...within five years instead of 30.

Final interest rates have not yet been made public, but Somsavat expressed confidence in his country's ability to pay back the loan quickly. He pointed to revenue generated from five government-controlled potash mines as a major source of income in paying back Chinese banks. Potash is an important ingredient in the worldwide production of agricultural fertilizers, but as a commodity has seen prices fall significantly over the past year.

Nonetheless, it appears the Lao government secured somewhat more advantageous terms than first offered. For several years, Chinese designers have said the railroad would come with a price tag of roughly US$7.1 billion — 60 percent of Laos' 2014 gross domestic product. During negotiations, construction costs were scaled back by more than one billion dollars, and now stand at US$6.04 billion.

When built, the railway will run north-south through Laos, with as many as 31 stations. The line's two terminal stops will be Boten in the country's north, and Vientiane 420 kilometers to the south. Projections released by the Lao government predict when the railroad begins operation in 2020, 14 million people will use it annually — four million of them Lao citizens augmented by an additional ten million tourists.

For Laos, the railroad is not only a leap forward in terms of internal transportation, but also a means of upgrading woefully inadequate trade infrastructure connecting the country with its Southeast Asian neighbors. It would connect to already existing railways in China's Yunnan province, while eventually hooking up with lines in the north of Thailand. The project is not without domestic critics, however. Radio Free Asia recently quoted an unnamed source in the Lao government as saying Somsavat's confidence in the loan payback scheme "does not make sense".

The Chinese side is far more convinced, having long seen the Kunming-Vientiane Railway as a smaller piece in the long-anticipated Kunming-Singapore network. Now subsumed by President Xi Jinping's Belt and Road Initiative, the proposed web of railroads would link all Southeast Asian capitals, with Yunnan's capital Kunming acting as a logistics and transportation hub connecting the entire region to greater China.

A little confused, not sure how to think about this - seems to me that both Chinese and Lao interests will benefit from the RR - so why should Laos have to pay for ALL of it?

Some time it's good to have someone who would stand by you like a big brother when you have little credit to borrow anywhere else.

True about how Laos has little credit, but it seems you're comparing Lao-Chinese national relations with those of brothers, and I think that kind of metaphor is a bit overused - national ruling classes, who make or break agreements and devise policies etc. in the name of 'nations', have interests, not friends, as has been famously stated by...who was that guy? Sometimes these interests coincide, at least for a while, but there is usually a dominant partner/class group.