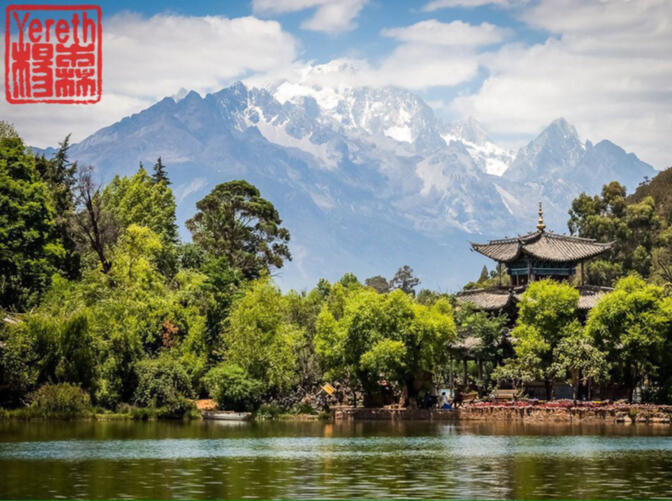 Over the past several years it has become increasingly costly to visit China's most popular scenic areas — in the eyes of many, prohibitively so. In an effort to increase tourism numbers and deflect growing internet criticism, the Chinese Association of Tourist Attractions (CATA) requested a moratorium be placed on gate price increases nationwide.

If adopted, the prohibition on increasing entry fees would affect 49 destinations along Yunnan's well-trod tourist circuit. The suggested freeze would last for three years and was spurred into being largely because of a growing and vociferous national conversation involving complaints of general price-gouging. Criticism has ben especially harsh for such places as Henan's Zhangjiajie (张家界) and Yunnan's Lijiang and Stone Forest areas.

Per-person tickets to enter well-known leisure spots were labeled "some of the most expensive in the world" in the CATA statement. While that may be a bit of hyperbole, tourists looking to visit Lijiang Old Town are required to pay 130 yuan, while the nearby Yulong Snow Mountain scenic area charges 250 yuan, and tickets for the famed Karst landscape of the Stone Forest south of Kunming run 200 yuan.

Fees have been on the increase across China for the better part of a decade, a situation reportedly caused by several concerns. According to CATA, the extra money from higher prices was primarily put toward escalating environmental protection costs as well as funding debt payments to the national government. Originally, it was also thought that higher gate fees would cut down on overall attendance numbers, thus making preservation efforts easier. This did not prove to be the case.

The CATA statement also mentions the need to establish a tourism environment that more adequately addresses the "legitimate rights and interests of...consumers". Fixing ticket prices for a few years might indeed alleviate some traveller concerns, but for some destinations — especially those in northwest Yunnan — much work remains to be done following numerous public relations disasters over the past year.

Tour operators in the province have repeatedly been excoriated on microblogs and sometimes suspended from doing business for forcing customers to spend money while on unscheduled shopping trips or other excursions. In one such instance, vacationers in Lijiang were beaten bloody after refusing expensive and unrequested horse rides.

This years second half has been the first time there has been noticable changes in hotel prices: the prices have gone down. The competition from the hotels next door has also put an end to the high prices and in some areas the competition is now about who has the lowest price to fish customers. This is same with the national parks - and hopefully they would actually cut the prices one day. Whats the point making entrance fees more expensive than in Japan, when the average income is a tenth. In a word, this is not so much of a goodwill policy, theres simply not much other choice - the competition has changed its character. To yet raise prices now would not be smart.

When I first visited Lijiang 8 years ago there was NO charge to visit the old town and Yulong Snow Mountain set us back a hefty 20 rmb each.

Entry to the Jade Dragon Snow mountain is 130y per person. The Old Town ticket is required too. Impression Lijiang show prices have increased to 260y.

There has been a marked decline in visitors to Yunnan over the last year due to the anti-corruption drive and the slow down in the Chinese economy. And prices for accommodation have come down, good news for travellers, bad news for the recent arrivals from the north-east who have come to launder money.

As a self-proclaimed unofficial gokunming oracle, lets make a prediction here, that after about 12-15 months, a lot of these tourist destinations will start lowering prices by about 25%. If not to individual tourists, then at least to groups. some may even have it as a invisible policy for groups. Its possible that media stories may claim some of this as a "goodwill policy", while its more of a necessary strategy. The limit to suck out as much as possible was basically touched upon.