By Richard Diehl Martinez in News on August 4, 2015 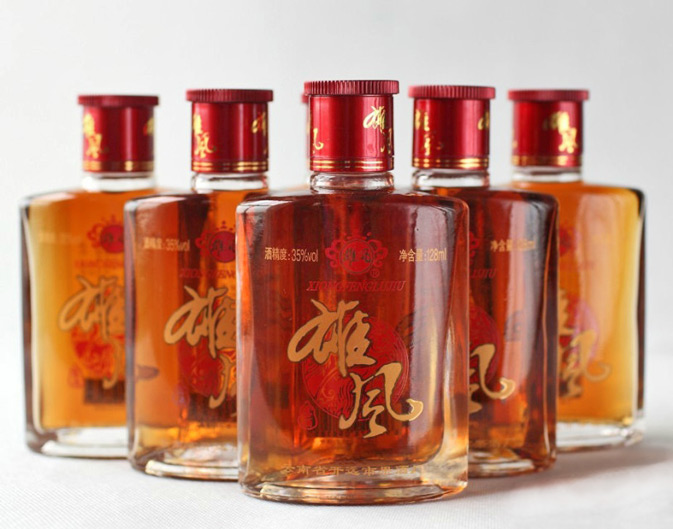 Law enforcement officials in Yunnan are investigating a liquor company accused of adding the active ingredient in male-enhancement drug Viagra to a line of "healthy" baijiu products. The Kaiyuan Fruit Liquor Distillery (开远果酒厂), which produces Xiongfeng Lujiu (雄风露酒) in southern Yunnan's Honghe Prefecture, is the first distillery in the province to be named in an expanding national examination into chemically 'enhanced' alcohol.

As of this writing, 51 businesses nationwide have come under scrutiny for producing a combined 69 alcoholic products thought to contain the drug Sildenafil, more commonly known as Viagra. Of these, 19 enterprises are currently facing criminal indictments. However, no one involved in the Kaiyun operation has thus far been charged with a crime.

In response to the possible circulation of these and other dubious concoctions, the Chinese Food and Drug Administration (CFDA) released a statement "requiring suspected companies to immediately halt production, impound back-stock and undertake complete recalls of alcohol containing any illegal additives [...] before reporting themselves to local food and drug regulatory authorities".

On August 1, police first seized 5,300 bottles of baijiu in Liuzhou (柳州), Guangxi, along with an unspecified number of bags containing white-powder thought to be 700,000 yuan worth of Sildenafil. The following day, police in Yunnan began an investigation into similar accusations surrounding the Kaiyuan distillery.

Under Chinese food safety laws, the addition of any additives to food and beverages not included on the ingredients list is prohibited. This of course includes both over-the-counter drugs and illegal substances. By not listing Viagra or related medications as components of their beverages, distillers in not only Guangxi and Yunnan, but also Henan, Hunan and Shanxi, are now suspected of putting consumers of their products at risk.

It remains unclear what effect drinking baijiu laced with Viagra would have on an adult. A report from newspaper Economics Daily claims a spirits-maker in Zhengzhou added roughly two grams of Sildenafil to every 12 liters of liquor it produced, but no details of the Kaiyuan company's practices — or lack thereof — have been disclosed.

Despite government efforts to the contrary, 12 online stores continue to sell Kaiyuan brands suspected to contain Viagra at prices as low as 22 yuan, according to a Yunnan Net report — relatively cheap for a commodity now in such limited supply. The Yunnan-made drinks come packaged in a red box labeled "for men only." Although companies never explicitly stated the addition of Sildenafil as an ingredient, labels on the bottles warn that the product is not meant for women.

Yunnan is no stranger to food and health scandals. In June 2015, police seized 750 tons of rotten or spoiled pork, chicken, beef and donkey meat. The tainted meat was part of a larger, national scandal involving meat frozen for up to forty years. Prior to that scandal, Yunnan police in 2013 seized 32,000 tons of 'store-ready cooking oil', manufactured largely out of industrial and commercial waste which was then marketed for human consumption.

People who suspect they may have purchased alcohol containing any illegal substances in Yunnan are encouraged to call a newly established hotline at 12331.

Editor's note: Special thanks to GoKunming user Peter99, who first brought this emerging story our attention in the Forums.

Who knows. Maybe the sildenafil was also made in some shady factory on some misty mountain with components bought from another misty mountain, before ending up in a baijiu made on a misty mountain.

This needs to be brought under control, and with the same fist that smashes corruption and (recently) deals with environment. Its so totally out of control that nothing can be trusted anymore, from a bottle of water to a hamburger, piece of meat, a fruit, shrimp, ice cream or cooking oil... Or whatever else. Theres also fake ingredients in the fake products, that distributors mix with fakes. This madness needs to be brought under control. The sooner the better.

ironic punishment would be to amputate winkies for the crime above

as one newpaper put it, it brings a whole new meaning to stiff drink

@Peter99, I've added an editor's note to the article, but once again, thanks for spotting this story.

They got rid of opium in one year, at least thats what its said by some authors, and maybe same tactics could be applied around.

In old Yunnan photos you can spot heads hanging at south gate wall and such. As a warning example. When the telegraph was put into effect in Yunnan, sometimes people cut it off. So they put a head of those who had cut the pole down hanging at the pole. It didnt take long and nobody dared to touch them anymore. All worked well.

@Peter: I'm afraid 'they got rid of opium in Yunnan in one year' several times over the past century.

Yes, you are very right about that Mr.A, there have been several times when the poppy has bleeded its milk in a holocaust :)

In fact there are still traces left of the opium culture that once existed, and this is fascinating. Not only at the antique markets but in some culinary delights, such as "big smoke" chicken, hotpot with poppy seeds or fried leaves of poppy. This is not some young potheads doing this but old people and in some cultural circles.

These are all illegal of course, but they still exist.

What is interesting too is that they have started to bust opium again at south border. Not white powder but raw opium.