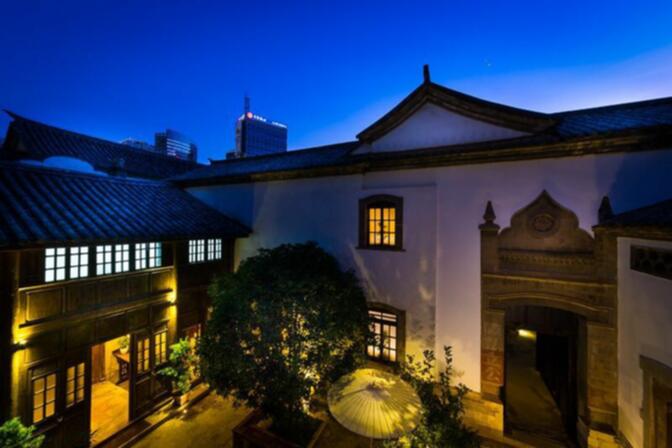 Little tangible evidence remains of Kunming's cultural past. There are pockets of old stone or mud-brick buildings and a few monuments still standing, but a ceaseless drive to modernize and build ever-higher makes such relics a rare find. For those who value glimpses into what the Spring City looked like nearly one hundred years ago, there is hope. The city's old Bird and Flower Market (花鸟市场), as well as the adjoining Zhengyi Fang (正义坊) area, are in the midst of a multiyear facelift — one that is beginning to reveal some truly stunning acts of preservation.

One of the most remarkable of these endeavors is the Silver Chest Boutique Hotel, which occupies what was once one of the most extravagant homes in Kunming in the late 1920s. GoKunming recently took a tour of the building and learned about its history while speaking with co-owner Tang Lei (唐蕾). 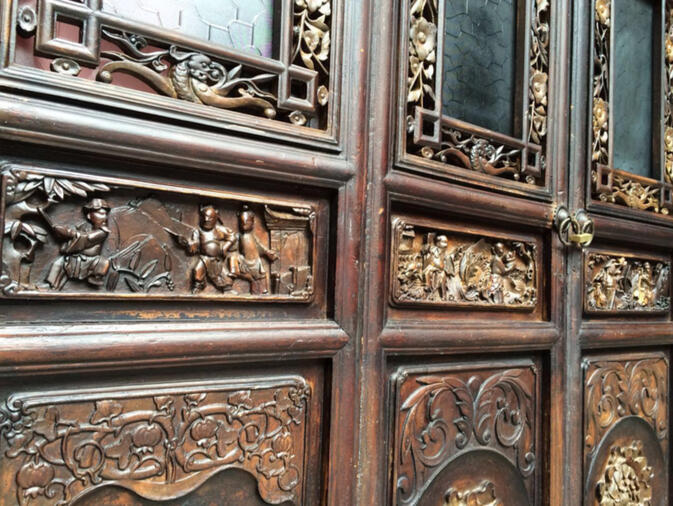 One hundred and forty-two years ago, a Yunnan family began its slow rise to prominence. Jiang Zonghan (蒋宗汉), already a general commanding Qing dynasty forces near China's westernmost border, founded a side business near Baoshan (保山). He set about facilitating trade between merchants in Yunnan and those in Burma, focusing primarily on exporting ham, walnuts and a delicacy made with milk and papaya called rushan (乳扇). From Burma, Jiang imported high-quality cotton, which he sold from a store called Fuchunheng (福春恒), located in the hamlet of Tengyue (腾越).

Jiang's business prospered and he amassed a fortune. After he passed away, family members contentiously fought over who could rightly claim the store and manage its booming business. Despite the family feud, Fuchunheng continued to flourish. By the 1920s, 40 branches were in operation, including subsidiaries in Chengdu, Chongqing and Hong Kong.

The burgeoning mercantile empire was at this time controlled by Jiang Yangyu (蒋仰禹), grandson of the founder. He bent to the task of building a stately courtyard mansion in the middle of Kunming, where he was then considering moving his company headquarters. He chose a plot of land near Zhengyi Gate (正义门) — then, as now, a thriving commercial center. 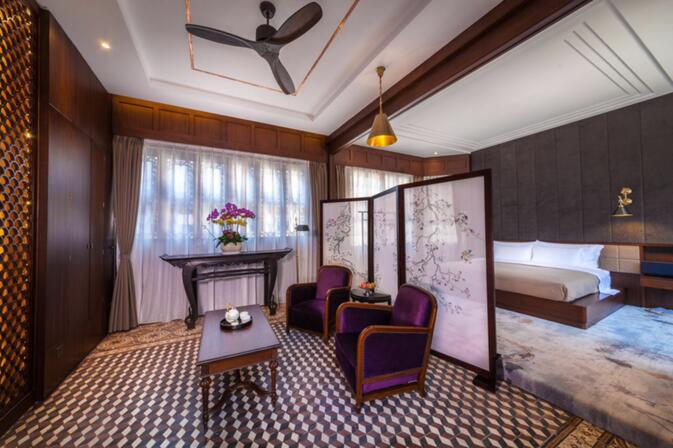 Reflecting the Jiang family's wealth and importance, the house would be built on a grand scale in line with local traditions. The furnishings, however were a mixture of Chinese and Western aesthetics. The front door was of French design while the exquisite wood carvings, adoring everything from window frames and balustrades to the home's support structure, were crafted by Kunming artisans.

Jiang imported floor tiles for second-story rooms from France, which were transported at great expense along the Yunnan-Vietnam narrow-gauge railway. Four wells located in two separate gardens collected rainwater dripping from ornate eaves. Huge wooden doors — intricately carved out of local timber — sealed the compound at night, and by their combined number of six, signified fortune and luck.

The house was completed in 1924, but the Jiang's would have only a short time to enjoy its magnificence. The family business began to fade in the 1930s, due largely to economic ripples emanating into China from the Great Depression. This, coupled with an emerging rival possessing considerably better connections to the provincial government, pushed the Fuchenheng empire into bankruptcy. Jiang Yangyu, once one of Kunming's richest men, was forced to sell his house and its contents to a coal mining magnate. 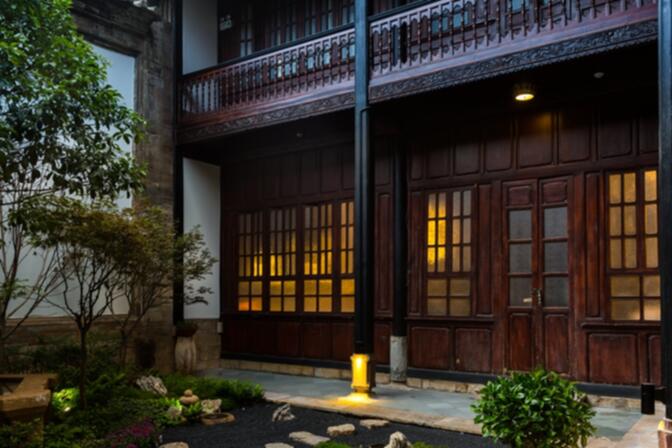 Bringing history back to life

Today, the house still stands, sitting at a junction where Zhengyi Fang and the Bird and Flower Market meet. The area is currently a mishmash of old structures under renovation and shiny new steel and glass buildings. The street fronting the old Jiang family mansion has been renamed Qianwang Jie (钱王街), or 'King of Money Street'. King of money was the nickname of Wang Zhi (王炽), Yunnan's wealthiest man in the early twentieth century, who is credited with establishing the province's first banking system. Seventy years ago, the street had a different moniker, Xiaoyingui Xiang (小银柜巷), or 'Little Silver Chest Alley' — from which its new owners took the name for their boutique hotel.

Silver Chest co-owner Tang Lei began negotiating to take over possession of the old Jiang residence in 2009, sketching renovation designs while working within strictures laid out by the Kunming Bureau of Cultural Relics. Preserving as much of the existing structure as possible was of paramount concern for both parties, as was fire safety.

The list of requirements issued by the bureau was staggering, and included full preservation of the building's original façade with no alterations save for a new coat of paint. Plumbing had to be made of steel instead of PVC in case a fire ever breaks out, and electrical wiring, flooring, and woodwork reconditioning all had to clear governmental oversight and pass routine inspections. 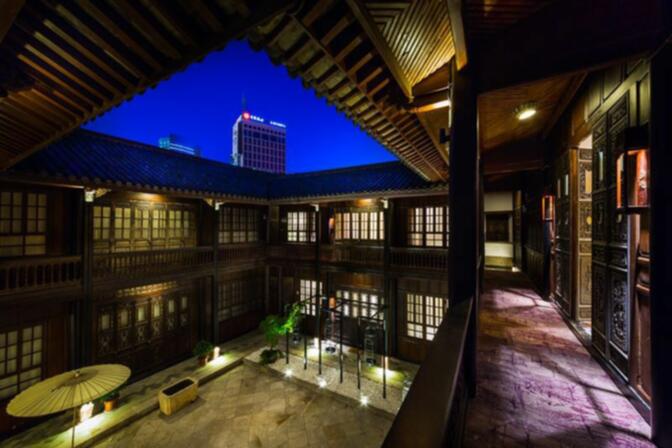 Remarkably, the work was completed in around nine months. The goal of the hotel's owners was to keep everything as pristine as possible. This included everything from courtyard flagstones, one of the remaining wells and unbroken windowpanes still solidly inlaid within hand-carved wooden window and door frames. The challenge, outside of government preservation standards, was to create a modern business within the confines of a 90 year-old structure, all while remaining true to 1920s and 30s aesthetics. Fortunately, there was much to work with.

The Jiang house is actually a combination of two Yunnan architectural styles. The first of these is called sanfang yizhaobi (三房一照壁), a two-story residence with three wings, traditionally consisting of three rooms on each floor — making for an auspicious total of nine. The fourth wall of such homes was typically adorned with a cherished family saying or the single character 'fu' (福), meaning good fortune. The second type of house is referred to as sihe wutianjing (四合五天井). It features four buildings arranged around a large central courtyard. Each corner of this square configuration has smaller, more private outdoor gardens.

By integrating these two designs, the Jiang family house grew to enormous proportions, which then, as now, features an open-air entryway and two large courtyards enclosed by living quarters. Wood dominates, both in flourishes along second-floor railings, as well as in the original support columns and framework. Although the house's timber features have all been refurbished, there are no truly straight lines in the complex. 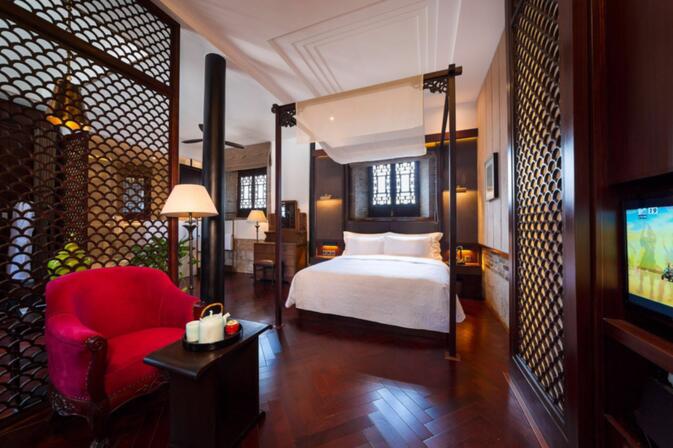 In addition to carefully restoring the wood and stone features of the residence, the new owners kept the marks of history — and in some cases scars — untouched. These include Muslim-influenced crenelations overlooking the entryway and Cultural Revolution slogans painted on the gate leading into the largest courtyard.

Yet another challenge was how to decorate each room. Native wood was used to line many of the walls and floors. Where original Art Deco floor tiles once imported from Europe could not be salvaged, new flooring was brought in from Shanghai, produced at the only factory in China still making 1930s-era tiling. Furniture also proved to be a major consideration. When possible, rooms were decorated with antique canopy beds, chairs, chests, painted screens and lamps. And, adorning the walls of nearly every room, are black and white photographs of Yunnan taken by Auguste François, French Consul to Southern China at the turn of the twentieth century.

Of all the impressive subtleties and meticulous hard work that has gone into restoring the Jiang house, perhaps the most striking feature is the family library. Set just off the home's entryway, the 12-meter tall room contains floor-to-ceiling bookshelves. During the family's heyday, it was stocked to capacity with 20,000 works of scholarship and literature. Following in these footsteps, the current owners signed a deal that allows the hotel to display old and rare books from the Yunnan Provincial Library's permanent collection. This last act of authenticity, coupled with the home's painstaking restoration process, is a fitting tribute to Kunming's cultural, economic and intellectual past. 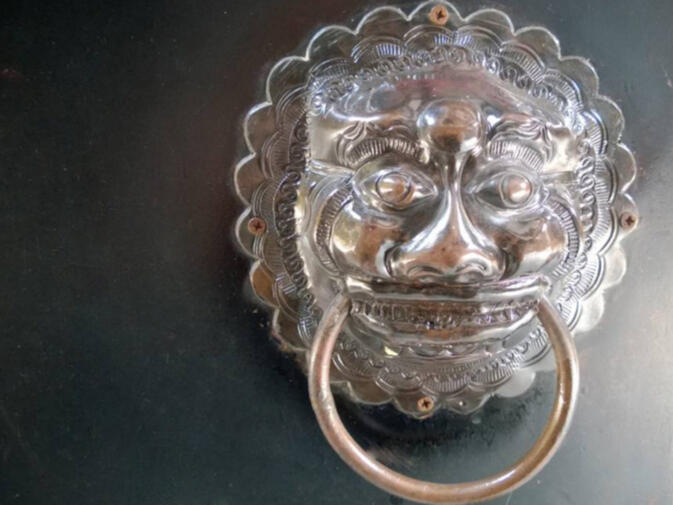 "He set about facilitating trade between merchants in Yunnan and those in Burma, focusing primarily on exporting ham, walnuts and a delicacy made with milk and papaya called rushan (乳扇)."

乳扇 is actually also the name for the cheese fans that are sold in Dali. In historical documents we do find ham and walnuts exported across borders. But would anyone had exported papaya and milk dessert? Article is nice overall, but this 乳扇 sounds a bit strange. Really? Well, then thats something. Maybe he was moslem, as moslem caravans used to export walnuts, and moslem are good at desserts too. Papaya milk dessert as export, wouldnt bet on that though, but who knows. He*l, if this was exported, at least let us know where to taste it :)

Nice article. Thanks.
Would love to try the papaya dessert!

@mPRin. I think I mistakenly switched it from delicacy to —> "dessert", but its almost same thing.

The papaya and milk delicacy most likely refers to the Chinese "mugua" sour papaya, right. Very far from the sweet one. The milk thing is most likely the cheese fans, as its got the same name "rushan". Maybe the sour papaya was made to a jam and put on the grilled cheese fan. At least its pretty sure nobody exported papaya milk those days (and not now either) - yea, nobody said exactly so either, interesting anyway that this stuff was exported.

My bet is if youd like to try it, you go to Dali and check out if theres some old lady selling the cheese fan, and still putting some sour papaya jam on them.

This is just a wild guess though. Sometimes you see these grilled cheese fans in Kunming too.

Great article, thank you, Gokunming! I will definitely check out this hotel when I get to town next time.

And yes, at a time when half the province was high on opium, and Kunming was a huge market for this specific good, which came from the west, it is funny to think that the richest family was actually exporting a milk-papaya snack along that same route. Maybe it was milk of the poppy? :-)

"Milk of the Gods"

Tengyue is in fact the old name for Tengchong (腾冲), which far from being a hamlet was the last major commercial center on the southwest silk road en-route to Burma and India after Baoshan (保山).

Numerous families in the Tengchong area derived great wealth from the Burma trade, much from jade and opium. The first private museum in Yunnan opened nearby in the last decade or so. Lots of wealthy Chinese in Southeast Asia trace their roots back to the area.

Also, on the library thing: it seems pretty corrupt taking irreplaceable works from public institution and putting them in an exclusive and expensive environment for private patrons. It's not the first time I've seen this sort of thing going on in China: as early as a decade ago, Tianjin had expensive restaurants which would 'borrow' ancient artefacts directly form museums for decoration.

@walter, the pinyin has been corrected, thanks for spotting the mistake.

[Dance] Blossoms in the Floating Pavilions

Launch of Babel Magazine in Kunming

Amala at The Turtle Bar!