Life in Kunming: A horologist's perspective

By Murong Li and Richard Diehl Martinez in Features on July 3, 2015 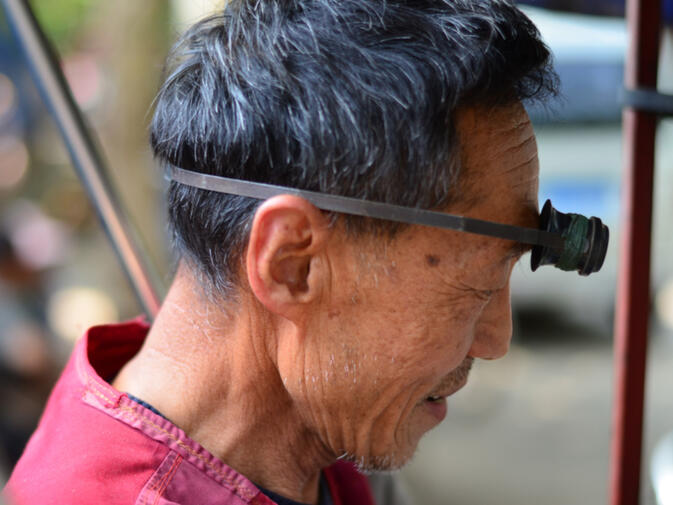 It can be pretty amazing meeting people on the street. Many have stories to tell and hidden talents no one could guess. Such is the case with Liu Yaoguang (刘耀光), who fixes watches and many other things out of a pushcart on Hongshan Dong Lu. Thanks to John and Cas for introducing us.

GoKunming: Can you tell us a little about yourself?

Liu Yaoguang: My name is Liu Yaoguang. I operate a stand here on Hongshan Dong Lu [虹山东路], repairing watches mostly, but I can fix almost anything people throw at me. I was born in Chongqing, and attended Chongqing University, where I studied computer engineering.

GK: Why did you come to Kunming?

Liu: I came here with my parents who were both in the army. That must have been back in 1958. In the early days of the People's Republic, my parents had been recruited by the People's Liberation Army and were stationed in Kunming. That's why I grew up here. I went back to Chongqing for university and later became the secretary for the deputy mayor in Kunming. Like my parents, I worked for the government too.

GK: What year did you become a secretary?

Liu: This must have been sometime in the 1980s. I was a secretary for eight years. Because of my job, I was later recruited to work for the police. I must have been there as well for about eight years, pretty much following in my parents' footsteps.

Liu: Back then the bureaucracy and policy regulations were much stricter. There was harsher oversight for 'official business'. But, in some respects the police also let more things slide. You could get away with smaller misconducts in daily life and the laws seemed a bit more lenient.

GK:What exactly do you mean stricter regulation for 'official business'?

Liu: What I mean is that...for example, there were more regulations surrounding opening up a stand, making it more difficult to have a small local business. Not that many people had the little stands around here [pointing to the myriad fruit and vegetable stands that line the street of Hongshan Dong Lu]. 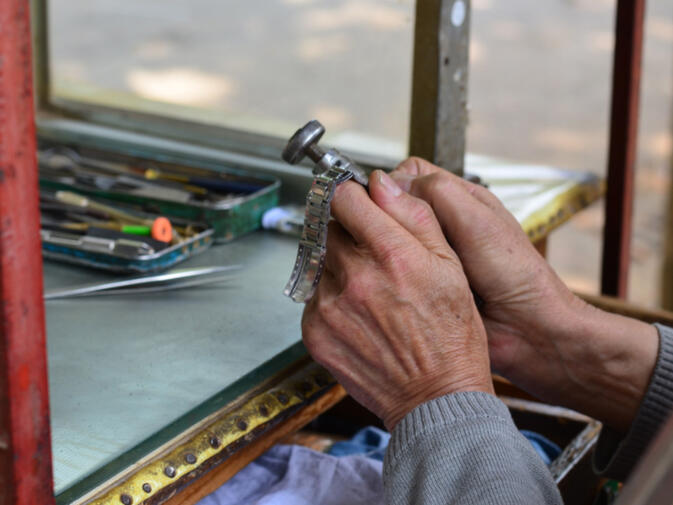 GK: How has this street in particular changed since then?

Liu: This street has changed a lot. A lot! Now it's easier to get a stand, but the actual running of the stand is much more regulated and you can only have it in a specific place. In the past, if you had a stand you could put it where ever you wanted. Now, look around, all the stands have to be in a specific place, and can only operate at specific times. Also they've only been set up in the last year! I couldn't believe how fast they popped up!

GK: Has the change been for the better or worse?

Liu: Better obviously! The regulations have given the city a little more order.

GK: Speaking of changes, we heard you were an award-winning photographer and wanted to ask you some questions about that part of your life.

Liu: I started to get into photography in the 1980s. Back then I was still working as a police officer. It was around that time that I was charged with taking pictures for official identification cards as well as crime scenes. That's when my interest in photography began to grow. I soon realized the equipment the police had was abysmal! So I started building my own in my garage.

GK: How did you learn to build cameras?

Liu: I've always been good at handiwork. Computers, cameras, watches...you name it, I can fix all of them. While in college, I also learned a little bit about mechanical engineering. What I did at first was to buy a cheap camera, take it apart and then insert better pieces. That first camera was really, really small! I still have it in fact. I guess today it would be called a 'macro' camera. It allowed me to take pictures of really small or detailed things, very close up.

Liu: Exactly! That's how I started. I could really only take pictures of very small things, so flowers and insects were my first subjects. I eventually entered those pictures into an English-Sino photo competition and was one of six finalists. That's how I got published in this book [pointing at a book of his photography]. Every winner got a book of their shots published.

GK: Did winning the competition change your life?

Liu: Not really. I never cared about money, only about success, really. After winning, I began to take many more pictures and wrote a bunch of short stories. Unfortunately, only a few of the new photos and stories were ever published.

GK: How did you get all these artistic talents?

Liu: I guess I'm just good at everything [chuckles]. I'm not just good as a technician but I also have an artistic side. I've always loved to explore different talents. Taking pictures was always just something that calmed me down and got me excited at the same time. 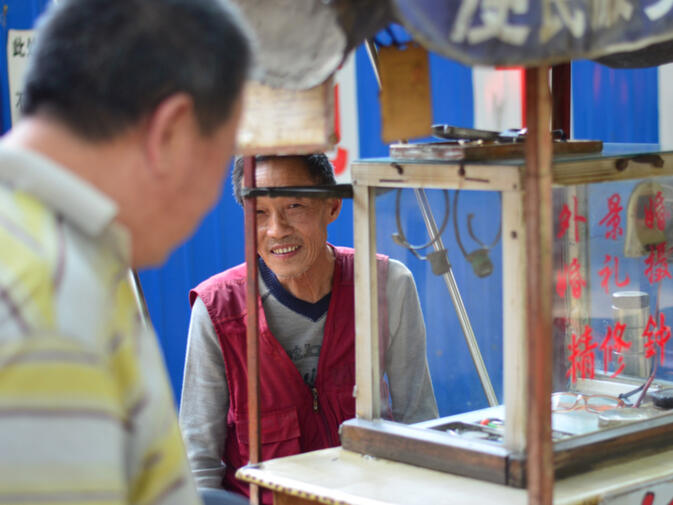 [At this point, a man who had been waiting to get his watch fixed since the beginning of the interview became impatient. We told Liu we could pause the interview, despite Liu repeatedly suggesting the man wait until after the interview was over. He agreed to fix the man's watch and then turned back to us after only a few minutes.]

GK: That was very impressive. How did you spot that the customer's watch was fake?

Liu: It's really easy to tell. The most obvious sign is when the label is spelled wrong. That's just clumsy forgery! Otherwise you can tell by how smooth the internal parts of the watch work, how thick the watch is, and by the general design.

GK: How about my watch, can you tell if it's real or fake?

GK: Does your family help you run the stand?

Liu: Well, I have a son and a daughter. But they don't really come around that often. They were actually the original motivation for me opening this stand. After I retired from the police force, I needed to find something to make ends meet. This stand helped both of my children get through college.

GK: Do they know how to repair things too?

Liu: Not really, although my daughter did study computer science. No, I think my children are more inclined towards the humanities. They speak English very well. They should probably have been here today, it would have made the interview even easier!

GK: Other than helping send your kids to college, how has having this stand impacted your family life?

Liu: Well, when my children were little, I would go out to the market, buy old pieces of technology and then fix them for my children. That's how they got most of the computers, cell phones and cameras. I was known for always giving away little gadgets!

GK: You've had a lot of jobs throughout your life, what has been the most fun?

Liu:It must have been while I was taking pictures, and whilenrunning my stand today! I would not give those experiences up for anything in the world.

GK: Where do you see yourself in ten years?

Liu: Right here. I'm not moving an inch. I'll be here until I can't work anymore. It's what keeps me young. You and I are not that different. I may be 75 years-old, but we are really very similar. What keeps you active is that you have dreams and you chase them with all you've got. You need something to aspire to. Otherwise, you get old. I may look old on the outside, but at heart, I am quite young. 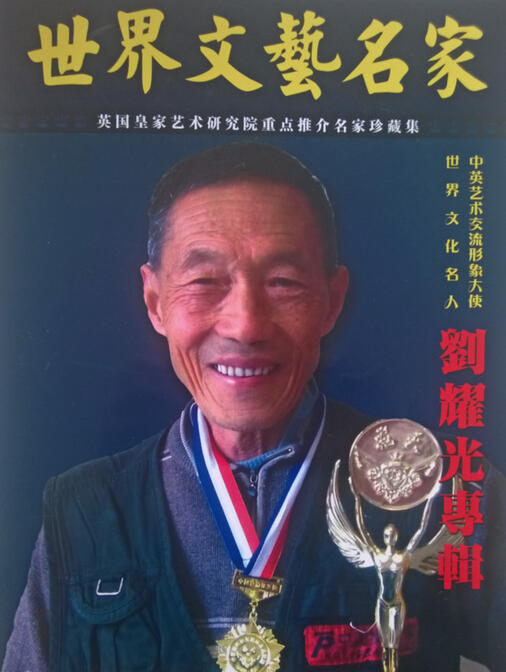 Nice article. Maybe i'll finally get round to getting my watch fixed now!

last time i went, he said he didnt have the time

Wow, what an awesome guy. I was just planning to buy some old mega-format lenses in Paris this week to bring back to try to build an old school 'view camera', but I lack the skill to confidently achieve a good outcome without investing a lot of time. I think if Mr Liu and I were to work on it together though, we'd definitely succeed, and he's a photographer too! Maybe I will just buy some lenses after all...