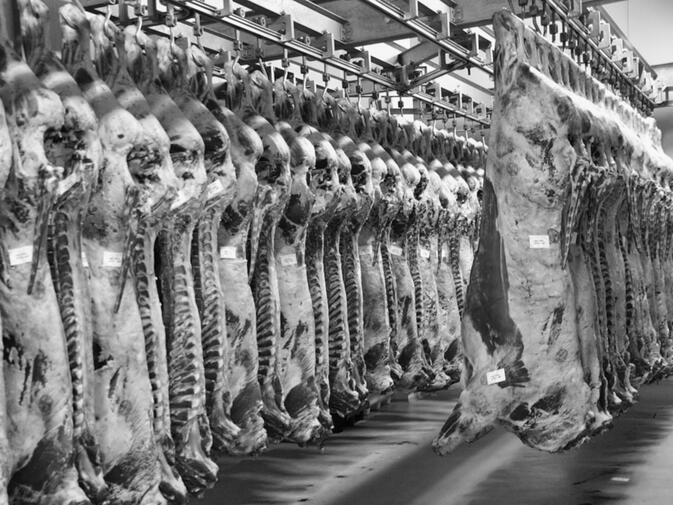 This week news broke that dozens, if not hundreds, of police seizures had been carried out across the country in an ever-broadening meat scandal. The crackdown covers at least 14 Chinese provinces including Yunnan, where much of the spoiled food apparently entered the mainland.

Coinciding with reports released across the country, the Yunnan Public Security Bureau announced it had seized 750 tons of rotten or otherwise dangerous pork, chicken, beef and donkey meat in three separate cases. The investigations were originally opened last year but a spate of arrests began on April 13, 2015, and has led to the jailing of 25 people as well as the confiscation of tainted food valued at 80 million yuan (US$13 million).

The national scandal has involved horrific stories of meat frozen for up to forty years. Investigators believe Shenzhen was a major port of entry for three billion yuan (US$482 million) in spoiled goods (requires proxy). However sizable amounts are also thought to have entered China through Vietnamese border crossings in Yunnan and Guangxi. Once in China, meat was often thawed, repackaged, relabeled and then frozen once again before being distributed across the country.

Yunnan police detained suspects in the cities of Songming, Yiliang, Jinghong, Jinning, and Chenggong. Some were taken into custody for trafficking, while others arrested for illegally transporting banned substances. Vietnamese companies operating under the Chinese names Tianhe (越南天河公司) and Huafeng (越南华峰公司) have been implicated in smuggling meat across the border, although no legal action against the companies themselves has been made public.

The case in Songming began when 200 middle school students were sent to emergency rooms with food poisoning. A subsequent criminal investigation into the school cafeteria eventually uncovered a cache of rotten meat, some of which tested positive for E coli. All of the students were eventually released from the hospital.

As with most Chinese provinces, Yunnan is no stranger to terrifying headlines concerning tainted or dangerous food. Before ancient meat products came to be a concern, gutter oil — referred to colloquially as digouyou (地沟油) — was a major worry, culminating in the 2013 police seizure of 32,000 tons of 'store-ready cooking oil' manufactured largely out of industrial and commercial waste.

And they wonder why people always knock China's products and services.

To be fair, the meat was imported and the insinuation is that much of it originated in the US. Unscrupulous businesspeople exist everywhere.

Profit motive puts greed before any sense of social responsibility.

I love it, the meat came from the the USA. Like Bayer selling hemophilia drugs tainted with AIDS to other countries.

what i can't wrap my head around is, why would anyone, in his right mind, store rotten meat for half a century?

Is there an APP for that yet?

@fixit.
If you can find the original reports online, there is more detail, and it is clearer.

The stuff was being transferred from frozen, but with no cold chain some of it defrosted and was re-frozen several times. Some of it subsequently started to rot.

Following one of the links in the article above society.yunnan.cn/html/2015-06/24/content_3791994.htm there are details of how Operation Fake Sword unfolded in Yunnan. (in Chinese but it translates will in Chrome).

Mentions of the internet reporting for food and drug safety problems, and of the 200 kids who got food poisoning in Songming last year.

@tiger
i still don't get why anyone would keep bad meat for that long, cooling it storage rent, transportation, blocked storage space etc.

i mean most meats or fish, even deepfrozen store about a year or two,maybe a little more, if you are crazy enough to try.

somebody must have had a long and intimate relation with that meat, to hold onto it for that long.

According to the article this stuff had an enormous value. How can tainted rotten meat have any value?

Just yesterday I watched something about this on the bus. The Customs folks stopped and confiscated a few big trucks on the road from Puer. The trucks were not refridgerated so this is one of the cause of the problems. So if the meat did make it in to its final destination it had to be repacked and refrozen after the long trip. Perhaps the meat in the center of the truck can keep but surely not the meat on top or the sides.

This has probably been going on for years. Some things only seem to get dealt with when they come to the public's attention.

Those gangsters are always 3 steps ahead of officials and media. And they are global by now: who knows maybe French are eating Roquefort cheese made of old shoelaces and white paint. As those scammers have gone global, in a few years we will hear about, say, fake tabasco in USA and such.

And Yunnan seems to be targeted by those scammers. The meat that was made when Sgt Peppers was playing No.1 in radio and Dylan had just gone electric, was targeted for Yunnan and South-West. Same as those people stealing kids and such, they go for Yunnan. When some factory in Zhejiang makes some mistake, who knows maybe theres this rule to dump the stuff in Yunnan.

@peter if we combine your 2 posts and ask what happens if the some of the gangsters are some of the officials. some of whom are now in jail

Peter99 has it right, it's global.
How easily can someone buy recalled meat from Canada or the USA?? CASH is King!!

I doubt if any of the recalled meats in Canada's almost monthly nationwide recalls get destroyed..

Mike, just imagine the head-gangster calling his logistic workers and scorning them for being so damn stupid not to put a fake label that says "2015", on the meat that was from 1967. Damn, he must have been angry at this kind of amateurish mistake. But the logistics certainly picked up the message.

Now, how would they have comforted the angry boss? Maybe telling him that boss need to calm down as they just set up a gutter-olive-oil factory in Rome. Maybe another plant in Detroit where industrial and commercial car oil waste will be used.