National park system in the works for China 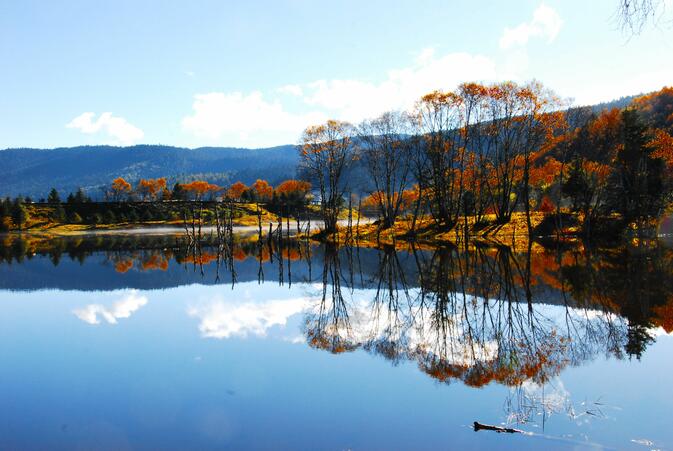 The undertaking will borrow heavily from planning and management practices first put into use 140 years ago in the United States. Officials in Beijing have been pushing for an integrated national park management system since President Xi Jinping green-lighted the idea in 2013, The New York Times is reporting (requires proxy). Coordination and standardization of park management across the country is lacking, and, according to the policy paper:

At present, China has thousands of protected areas in different categories, including nature reserves, scenic areas, world heritage sites, forest parks and geological parks. These protected areas cover about 18 [percent] of China's total land territory, above the world's average. However, due to many legislative, policy, governance and management challenges, these protected areas are not sufficiently safeguarding China's rich and unique biodiversity and ecologically critical ecosystems and effectively preserving diverse natural and cultural resources.

A press release by Paulson Group outlines how experts and long-time US National Park Service veterans will work with representatives from Tsinghua University in Beijing. The group will hold its first meeting June 11 at Wuyishan (武夷山) in Fujian province, near the site of a proposed national park.

Among Paulson Group's representatives will be chief conservation officer Rose Niu, who was born and raised in Yunnan. Previously she worked closely with officials in her home province to establish Pudacuo National Park (普达措国家公园) in 2007, the country's first such endeavor. Successful conservation and preservation efforts in Pudacuo, and Niu's links to the park, could mean it will provide a national model.

Nestled deep in the mountains of northwest Yunnan at an elevation ranging from 3,500 to 4,000 meters, Pudacuo is an integral part of the Three Parallel Rivers Scenic Area, recognized as much for its dramatic topological contours and rich biodiversity, as for its stunning natural beauty. Although covering only 390 square kilometers, Pudacuo contains more than 20 percent of China's plant species, roughly one-third of its mammal and bird species and almost 100 endangered species.

Balancing conservation and tourism has been a hallmark of the US park system, and one China hopes to emulate. For Niu, such efforts are not only wanted by the general public, but are a necessary next step for the country:

The Chinese want beautiful places and beautiful landscapes. They want to enjoy the natural resources. These kinds of resources are less and less in China. China not only needs to fight pollution of air, water and soil, but it also needs to invest in its natural capital. 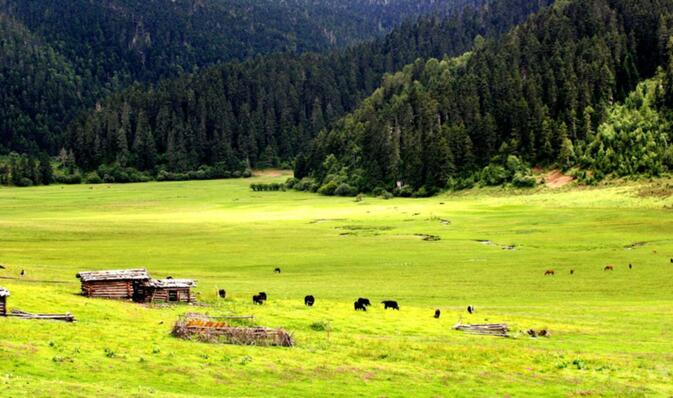 Vaguely remember rumors about Rose Niu a few years back, can't remember what they were.

Nice name 武夷山, some tribals there that practiced military arts long ago maybe. Maybe the name should have been changed to 平安山, such a rough name still. Maybe the tribal ghosts are still hunting the mountain and no matter how many modern brands and coffee houses you throw over there, they will still haunt any persons who take nude photos there or urinate on holy stones.

Thinking of another "wu", old Kunming airport 巫家坝, is translated as "the witch home embakement". These witches must have been pacified by Nanzhao tantric rituals, apparently the airport was not haunted. The new one seems partly.

haunted by a mysterious fog that rolls in fro days at a time.poltergeists that smash up computers are the gates can be found on youtube

I wonder what the Paulson group recommended they charge for these new national parks. The US model was free for a long time, and then modest fees, and then Congress refunding and ever rising fees. China seems to go straight to the highest fee, but still the droves come.

refunding = defunding. buck you an droid auto for rec.

Higher fees keep the crowds down - but I suppose it's unfair to the lower-income groups, as they can't afford the costs (especially if they have lots of kids).

Mao made those parks that used to be for the more noble people, to Renmin Gongyuan —> Peoples parks. When he reincarnates, maybe there will be some 人民山

巫家壩 is much more likely to be translated as the basin on the land of the Wu family, cfr. 石家莊 (not the house of a family of stones),張家口 (not a stretched house estuary).

That said, I recently walked the old silk road from the Nu river (Baihualing 百花嶺) to Tengchong. This is also a protected national park and the trail is well-marked in English and Chinese, and has many litter bins along the way. There's room for improvement, but it beats anything I've walked so far.

Seriously?... someones family name 巫. Would that really be a family name, I mean, it certainly can be doubted. Old maps have a few 巫 mountains and such, and some of them (probably) refer to Hmong (苗族)and Yi areas. Hmong were even famous for their witchcraft, and they knew thow to make 蛊 - and thats about half spell, half poison mixture.

The story behind Wujiaba could probably be digged up from Chinese sources on Internet, anyone fancy...

Okay, got too curious, well a Chinese website says there used to be a family named 巫 (witch) 。Later the area became a small village 巫家村 and the swampy 坝 area near it got its name from this 巫 village. So lets say bluppfisk, you were right. Well, yes, this is this wikipedia type official info, and who knows the real story. Maybe it was a leper village, but its "sensitive" to talk about this leper history :)

So officially bluppfisk is right here.

Family name 巫 (witch/shaman) is pretty cool, any around these days...

Also don't forget that family names don't necessarily relate to the other meanings of the character.

In Hmong and Yi areas, if you see a 巫 or any other seemingly meaningless character, I would also argue that it's safer to assume transliteration of a Hmong/Yi word, as neither Mandarin nor Hanzi belong to these people.

Many examples can be found around Yunnan, but they're often most striking in Tibetan areas (甘孜, nothing to do with sweet stuff, just sounds like Tibetan Garze) and Dai areas (猛论, not a fierce debate, but Meng a transliteration of the Dai/Thai Mouang which means village).