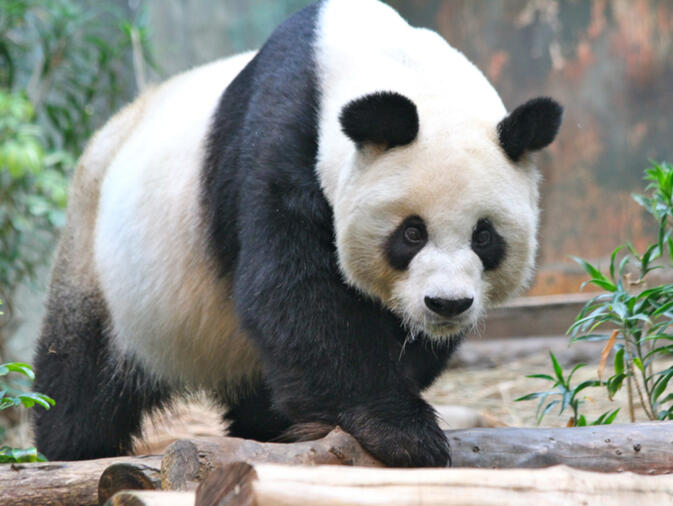 Three people accused of illegally buying and selling the pelt and meat of a giant panda have been apprehended in northeast Yunnan province. Bones, a skull, a gall bladder and the hunting rifle used to poach the endangered animal were recovered at the scene of the arrests.

Officers from the Yunnan Forestry Police carried out the raid at a Longtai Village (龙台村) house in Zhaotong Prefecture. In total, ten men have been taken into custody. Two brothers surnamed Wang were charged with killing the female panda while a third suspect referred to in the Chinese press by the alias Li Moumou (李某某) — or Li so-and-so — was accused of attempting to buy several kilograms of the animal's meat as well as four paws. The other seven suspects were implicated in attempting to sell the pelt and eight kilograms of meat in Sichuan for 4,800 yuan (US$774).

The two brothers accidentally shot the panda on December 4, 2014 after finding some of their sheep dead in a corral. They went looking for the culprit, and with the help of their dog, treed a large animal and shot it twice. Only later, when the dead panda fell out of the tree in which it was hiding, the Wang's told Forestry Police, did they realize what they had done.

Nevertheless, they kept the animal's body, skinned it and froze the meat, organs, coat and bones before looking for potential buyers. To be positive the evidence found when the Wang brothers were arrested on May 13 was actually from a panda, police sent it to a lab in Zhaotong to be examined. Tests using DNA analysis were carried out by the Yunnan Science and Technology Commission and scientists concluded the carcass was indeed that of a giant panda.

Under strict anti-poaching laws enacted in 2014, those involved in poaching and attempting to profit from killing the panda could face up to ten years in prison. However, due to the animal's status as China's national symbol, it would not be surprising if this case garnishes much more harsh penalties than what the law requires.

Longtai Village, where the poaching occurred, is only five kilometers south of Tongluoba National Forest Park (铜锣坝国家森林公园). Such proximity to a nature reserve may explain why the panda was found so near human habitation. However, the park is relatively small — 50 square kilometers — and not particularly well known for the huge swathes of bamboo forests that China's estimated 1,864 remaining wild pandas typically require to survive.

Accidently give all of them the death penalty

Sentence ! The criminels will per forme 12 months of social services for the community ! Or death sentence !